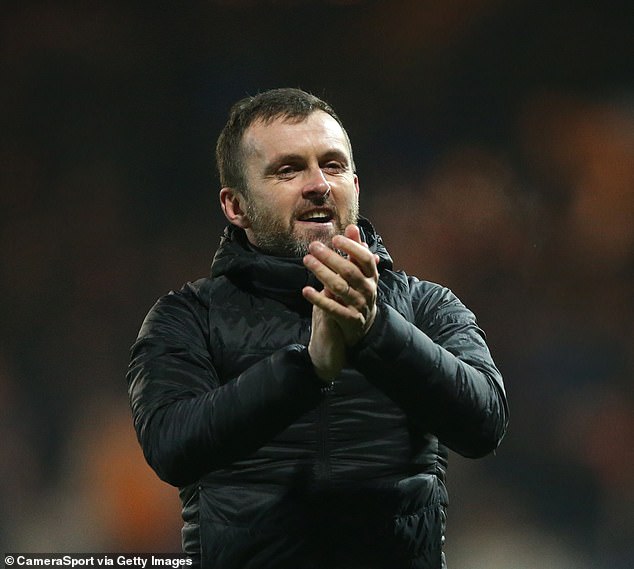 Given that Luton Town were still a non-league club in 2014 and in League Two as recently as 2018, it would be absurd to place a ceiling on their ambition now.

The Hatters have risen rapidly back through the divisions having plummeted into the National League amid financial turmoil 12 years ago and have no intention of slowing their upward trajectory.

Their manager Nathan Jones, having successfully established Luton as a Championship club again, is now targeting a giant leap into the Premier League. 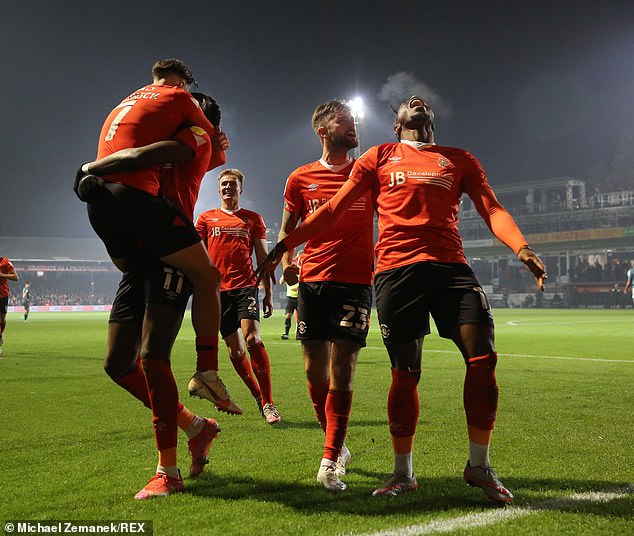 And if that seemed like fantasy just a few years ago, the prospect of Luton making the play-offs amid what is shaping up to be a scramble between a dozen or more Championship clubs grows more plausible with each passing week.

Matches such as Friday night’s televised visit to Queens Park Rangers, another team expecting to be in the promotion mix come May, are the perfect measure of just how far Luton have come.

‘We are very proud about how we compete at this level. We always knew we were going to get to this level relatively quickly,’ Jones tells Sportsmail.

‘We said four years but we did it in three. We have been able to maintain and establish [in the Championship] but now we want to really challenge for certain things.

‘A lot of people would look and say that’s unrealistic given where we are budget-wise but we don’t rely on budget. We rely on work, recruitment and the process of what we do here.

‘If we can sell that, and players buy into it, then we are able to compete with people with greater resources.’ 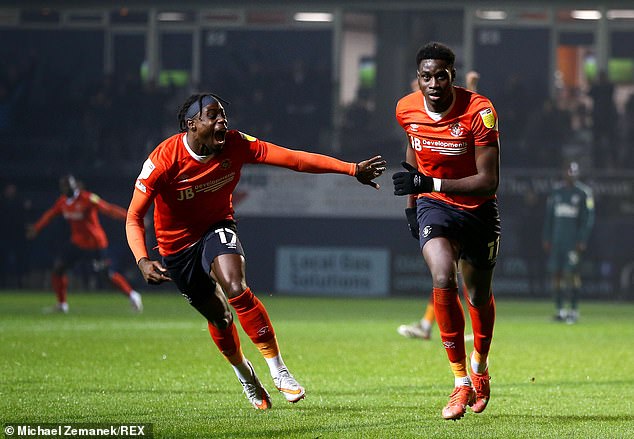 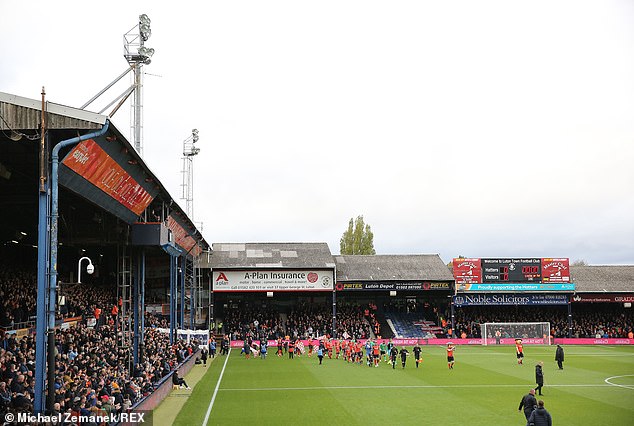 The last time QPR played Premier League football, Luton had just won promotion back from the National League, so occasions such as Friday night are a reminder to Jones of how far they’ve come.

The Welsh manager, 48, achieved promotion into League One in 2017-18 but then left Luton for Stoke City midway through another promotion campaign in 2018-19.

When he returned almost 18 months later, Jones saved the club from relegation from the Championship and then led them to a comfortable mid-table finish of 12th last season.

‘This is the type of game we want to compete in,’ he says of the prospect of facing a QPR side also expected to push for promotion this season.

‘Without being disrespectful, not many years ago at this time of year we were going to Forest Green.

‘Now we’re going to QPR with a big crowd, playing live on Sky at Loftus Road on a level par with them. This was a cup game three years ago and now it’s not.

‘We’re competing on a level playing field and that’s something we’re very proud of.’ 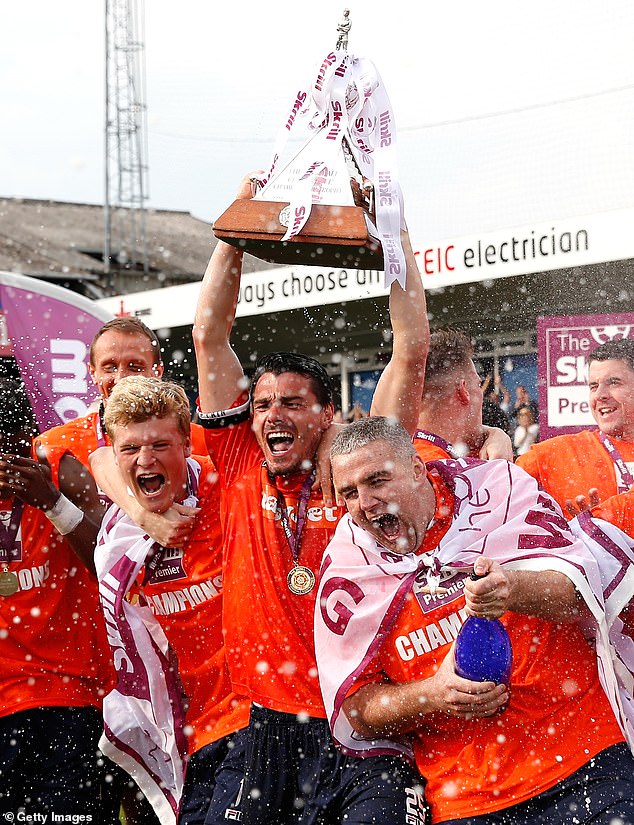 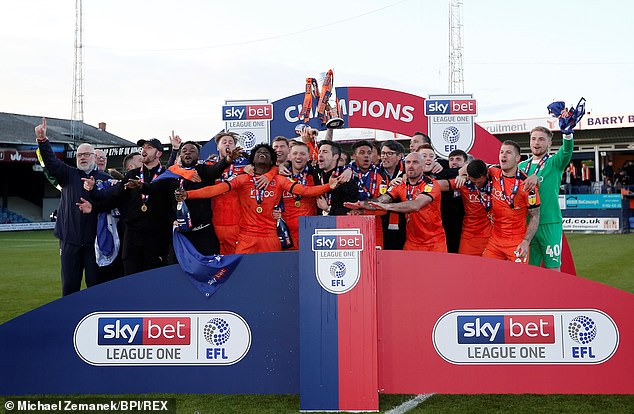 The Hatters are still searching for that elusive consistency this season but have a track record of getting the better of Championship teams with much bigger resources than their own.

‘If you compare budgets, we have to bloody the nose against pretty much everyone we come up against,’ Jones said.

‘But we don’t see it like that, we don’t harp on about the size of our budget. That’s never been the case.

‘We’ve always believed in our work and our recruitment above our ability to pay certain wages. As long as it stays that way, we will be able to compete at this level.

‘How many we will be able to punch on the nose and hurt, that depends on our work, players adapting, luck and God’s will on the day.’ 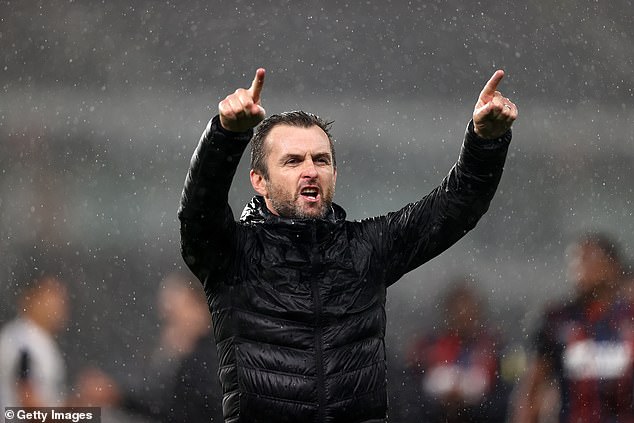 Just 10 points currently separate West Bromwich Albion in third and Birmingham in 15th as the Championship resumes after the year’s final international pause.

Luton come into Friday’s game amidst this tightly-packed collection of teams sitting 11th but can leapfrog QPR into sixth with a win.

Not that Jones will be getting too carried away despite the league being wide open.

‘We are reasonably happy without being ecstatic in any way,’ he said. ‘Our numbers back up the fact we should be in the top six, really, in terms of xG and so on.

‘We know there is a good side in there but in key games we have not been clinical enough. When we’ve had a chance to really kick on, we have just not taken that opportunity.

‘Against Bournemouth [a 2-1 defeat], were excellent for 20 minutes, missed a glorious chance and we’re two down five minutes later. 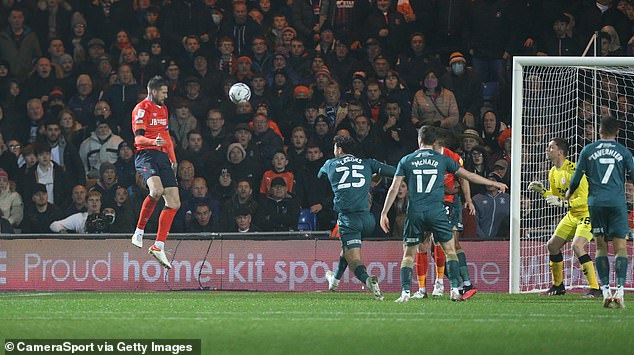 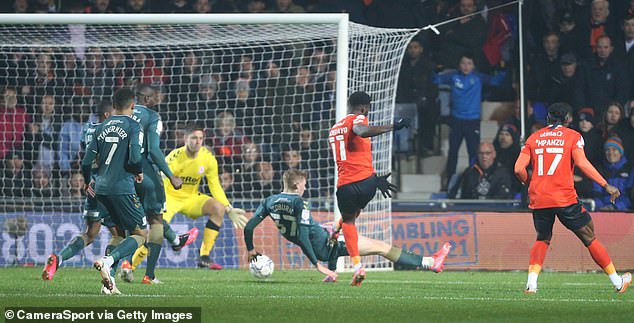 ‘We came back and were excellent against them in the second-half but we were chasing the game and we’ve had one or two games like that.

‘We were three up at half-time against Swansea and causing, had the chance to make it four or five, but don’t and dropped points [in a 3-3 draw].

‘Last time, we’ve had more possession, more chances, more crosses, more corners than Stoke and they had just one moment of quality or a lapse from us and that was the difference.

‘In those games, if we can tighten up and be more clinical, we will be in a wonderful position. We’re only three points off sixth anyway but we should be right up there now.’

But nobody should be in any doubt about their ambition to be right up there come the business end of the season.