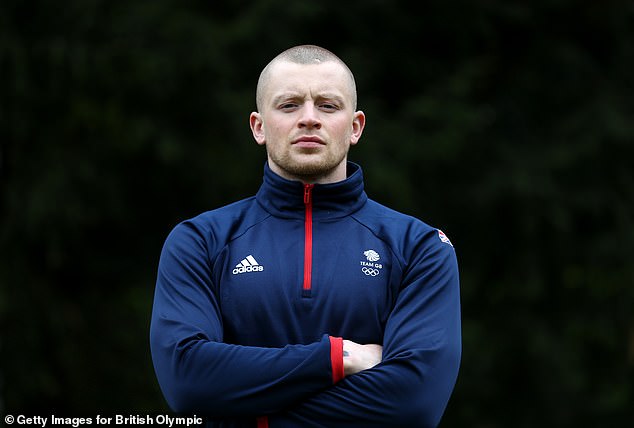 Tokyo Olympics officials have announced that athletes will be tested every day at this summer’s games as they bid to keep control of any Covid outbreaks.

Officials face a desperate battle to ensure the highly-antipated event still goes ahead in July amid a surge of coronavirus cases in Japan – which has resulted in a state of emergency being declared, just three months before the games begin.

A joint statement from the IOC, IPC and Japanese government has set out a series of measures to combat safety concerns. 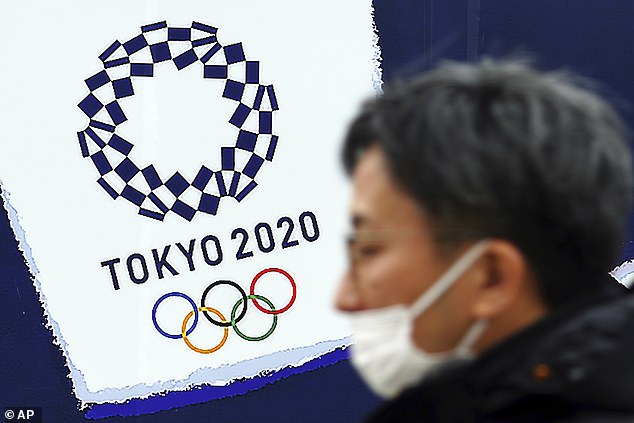 Organisers insisted it wanted to ‘place the highest priority on safety for the sake of all participants, including the athletes, and the Japanese public who will be playing host to the Games’.

The statement said that all athletes taking part in the games – including those in close proximity with them – will receive a Covid test daily ‘to minimise the risk of undetected positive cases that could transmit the virus’.

Other measures will include athletes taking two tests before flying to Japan, while they will be urged to keep a one-metre distance from games participants who have already been in the country for 14 days, as well as residents. 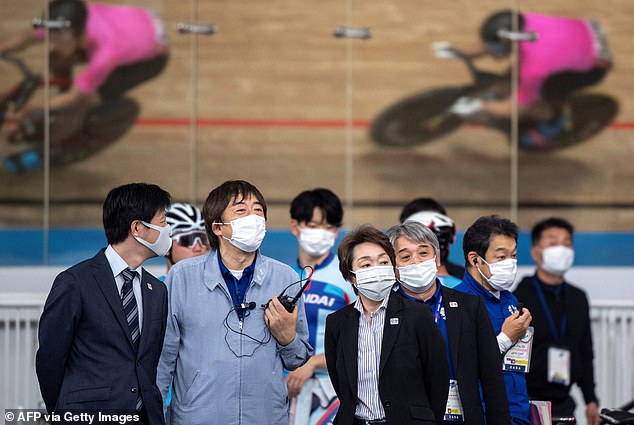 No spectators from outside Japan will be allowed to watch the games this summer, which will make for a very different event as athletes compete in their bubbles – but a decision to allow local fans has been delayed until June.

Officials said they were looking into ‘the evolving situation with the domestic infections status involving new strains’ and would consult with the Japanese government concerning stadium capacity at a later date.

Japan reported nearly 5,000 cases on Tuesday, with 63 deaths, as it tackles a fourth wave of Covid infections. IOC chairman Thomas Bach said he understood the country’s decision to declare a state of emergency but insisted that the Olympics committee were still committed to hosting a safe games. 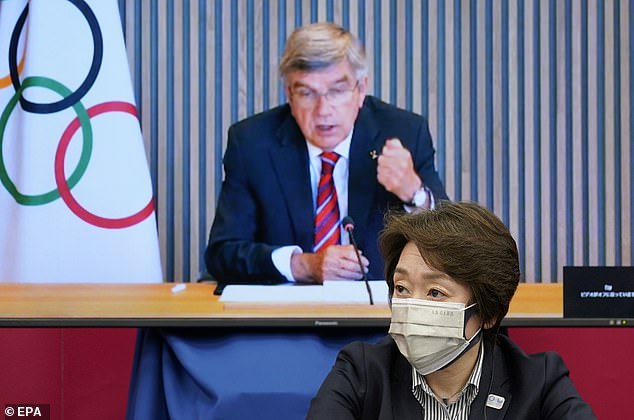 However, mounting concerns around the situation in Japan has led to fears that the event could be scrapped altogether. This month, politician Toshihiro Nikai claimed cancellation could not be ruled out if infections continued to soar.

‘If it seems impossible [to host the Olympics] any more, then we have to stop it, decisively,’ said Nikai, the secretary general of the Liberal Democratic Party.

When asked if cancelling the games was an option, he said: ‘Of course’, adding: ‘If the Olympics were to spread infection, then what are the Olympics for?’

Diogo Jota feels Liverpool is a ‘different club’ this season after...

Diogo Jota believes Liverpool are a 'different club' this season after...