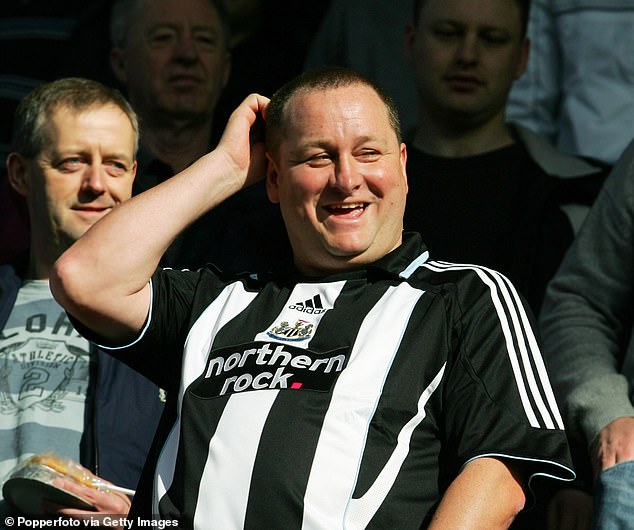 The Â£305million takeover of Newcastle United by a Saudi consortium was not the highest offer on the table, Mike Ashley has revealed.Â

Backed by Saudi’s Public Investment Fund, the takeover was ratified by the Premier LeagueÂ on Thursday and fans were seen leaping into each other’s arms, throwing drinks into the air, dancing and singing club anthems.

It brings to an end Ashley’s 14-year reign as owner and while fans routinely protested in a bid to force him out, he has opened up on why his decision to take the PIF offer was done in the best interests of Newcastle. 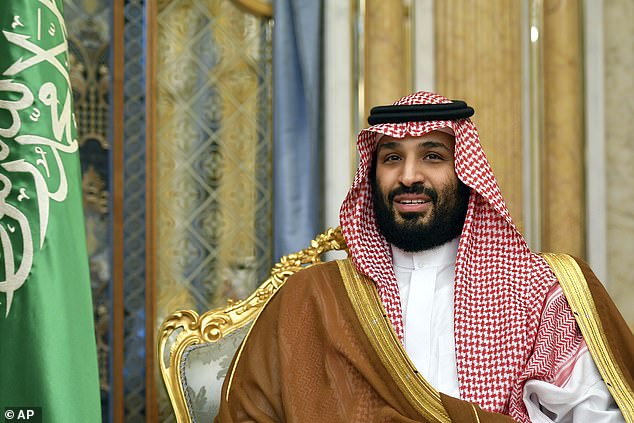 Ashley told the Sun: ‘I would like it to be known that I received a higher offer for the club than the one that I accepted.

‘It was from another reputable bidder, who made a credible case. But I felt the bid that we accepted from the current new owners would deliver the best for Newcastle United.

‘Money wasn’t my only consideration.’Â

Ashley stuck to this guns in his departing address despite being under immense pressure in recent years to sell up and leave the north east.Â Â

The Newcastle United Supporters’ Trust, which has vocally campaigned against the Ashley regime, said a ‘resounding’ 96.7 per cent of its members wanted the Saudi consortium to take control. 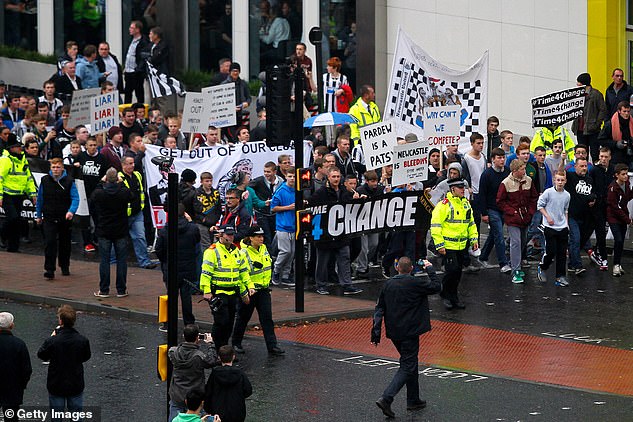 For years, Newcastle fans have been protesting against Ashley, urging him to sell their club 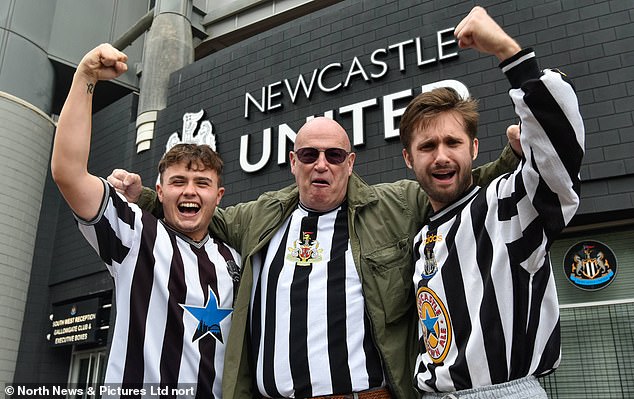 In an open letter posted to Twitter, the NUST said ‘for the first time in many years’ Newcastle fans felt the new owners could help them realise their full potential.

The open letter read: ‘For the first time in many years we believe our desire for an ambitious Newcastle United that strives to be the best it can be can be a reality under your ownership.

‘We admire your desire and tenacity to buy our football club despite the protracted issues with the Premier League, and we appreciate your clear understanding of the special place that Newcastle United holds in our communities, the passion of our supporters and your commitment to developing Newcastle United.’

Ashley added: ‘I’ve known for some time now that many Newcastle fans were frustrated by the situation and were in favour of a change.

‘I therefore felt that I owed it to the fans to fight tooth and nail over the last 18 months or so to make this happen.’Â

The Saudi takeover means Newcastle now boast the richest owners in football, with a reported worth of Â£320billion.Â

‘The Investment Group is comprised of long-term, patient investors who have every confidence in the future success of the Club. Today’s announcement is the conclusion of a thorough and detailed process that has allowed the Investment Group to arrive at a deal that benefits all stakeholders and will leave Newcastle United well-placed to pursue a clear, long-term strategy.

‘His Excellency Yasir Al-Rumayyan, Governor of PIF, will serve as Non-Executive Chairman of Newcastle United. Amanda Staveley, chief executive of PCP Capital Partners, will have one seat on the board. Jamie Reuben will also be a director of the Club, representing RB Sports & Media. 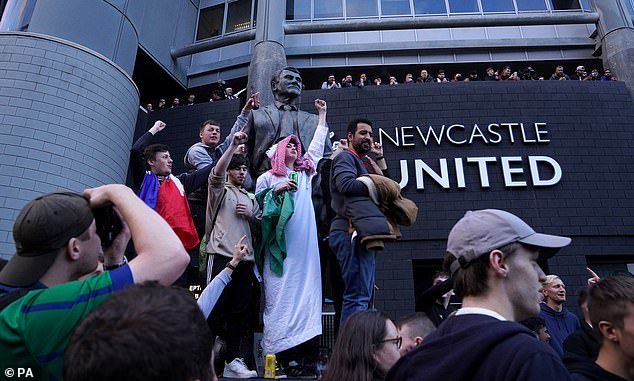 ‘For PIF, one of the world’s most impactful investors, the acquisition is in line with its strategy of focusing on key sectors including Sports and Entertainment, and aligns with PIF’s mission to actively invest over the long term â€“ in this case, to harness the Club’s potential and build upon the Club’s legacy.’

In addition, Yasir Al-Rumayyan, Governor of PIF, said: ‘We are extremely proud to become the new owners of Newcastle United, one of the most famous clubs in English football.

‘We thank the Newcastle fans for their tremendously loyal support over the years and we are excited to work together with them.’Â

Ashley believes the new owners can take Newcastle to even greater heights than the fifth-placed they managed in his tenure back in 2011-12.

He added: ‘I’m pleased that a consortium backed by PIF is the new owner of Newcastle United. I am sure this will deliver the success that fans deserve.

‘I’ve always said that I would only sell to a new owner if they can invest the necessary funds to enable Newcastle United to compete at the very highest level. I believe this change of ownership is true to that principle.’

Adrien Rabiot is OUT of France's Nations League final against Spain...