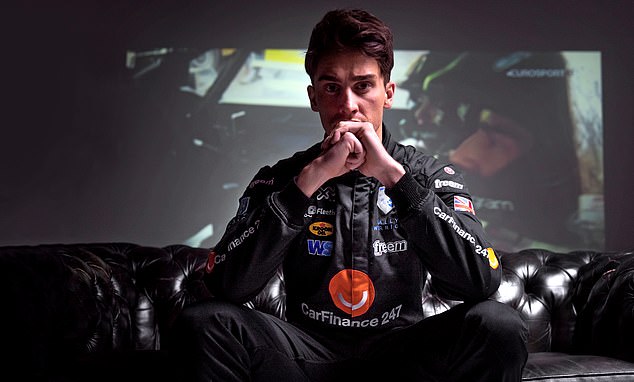 Chris Ingram knows the cost of a puncture – it’s around £250, double if the rims are wrecked. He also knows it’ll be £500 if the rear bumper comes off and in the ballpark of £250,000 if he mangles the car beyond repair.

He knows all that because he has to know it, and what he really knows above all else is that if you have no one around to pay those bills in the expensive, uneven world of rallying, then you’re on your own.

Which is why he has spent almost the entirety of the past year living and sleeping on the couch at his parents’ home in Manchester.

Prior to the ecstasy of a phone call he received a few weeks back, the loop of his daily life was a sorry rotation of waking, thinking, emailing, calling, pleading, grinding, sobbing and sleeping.

Every day and night was spent on that couch, next to a selection of trophies that suggested it should never have been so hard.

‘I was just lost,’ he tells Sportsmail. And really it is easy to see why.

The point about Ingram is that he made history a short while ago. He was the first British driver in 52 years to win the European Rally Championship when he got his crowd-funded car over the line on a dark night in the Hungarian wilderness in 2019. The BBC caught it on film and the drama of that moment was quite incredible.

But the subsequent two years between then and a recent phone call have been astonishing in their own way. That’s because this 26-year-old hasn’t raced. Not once. No sponsor, no hope, no home, no bed, no car – for rallying or the shops. 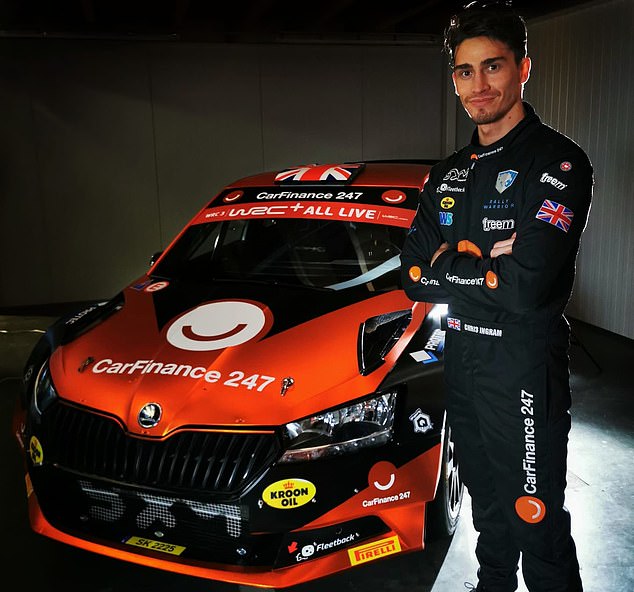 And now that is changing, finally, because he has been given backing to step up to a global league, with a spot as the only British driver in World Rally Championship-2, the second tier of rallying’s elite series. He will be on the start line for the first stage of the Croatia Rally on April 22 and it’s almost enough to make him cry again.

‘The last few years I think I must have approached more than 1,000 people for backing,’ Ingram tells Sportsmail. ‘Call after call and emails all over the place. Sometimes you get a response and it’s a no, and sometimes you don’t get a response at all. Honestly, it’s been so hard. Depression, everything. You live for something, no plan B, and it starts to look like it’s over.

‘Then a couple of weeks ago I had a call from a Manchester company, CarFinance 247, and the CEO said he believes in me and said he’s going to do it. He’s backing me for two years. I’m getting my chance. To be honest, I heard what he said and then I was just in tears.’

Ingram never had the advantages and privileges that accompany many drivers at all levels of motorsport. His mother works in an estate agent, his father has been unemployed for health reasons for a number of years, and buying his way into a team was just never an option.

‘There was one lad in the European Rally Championship, a Russian, who wrote off a car every week,’ he says. ‘It must have cost his dad £3m in cars, but he’d always have a new one. You’d have drivers backed by their governments, all sorts. That’s what you can be up against in motorsport.

‘That entire 2019 season, when I won the European title, that’s what we were fighting.’

Together with his co-driver Ross Whittock, they had lost key sponsorship on the eve of that campaign, but helped by the donations from a crowd-funding page set up by his mother, they somehow found enough to survive from stage to stage.

‘It was beg, borrow or steal the whole way,’ Ingram says. ‘We were racing knowing that anything worse than a puncture would probably end our season. We lost a rear bumper and that felt catastrophic.’

It is simply remarkable that in those conditions he and Whittock won the championship.

‘It was meant to be the start of something and it wasn’t,’ says Ingram. The devastation around what followed was acute. 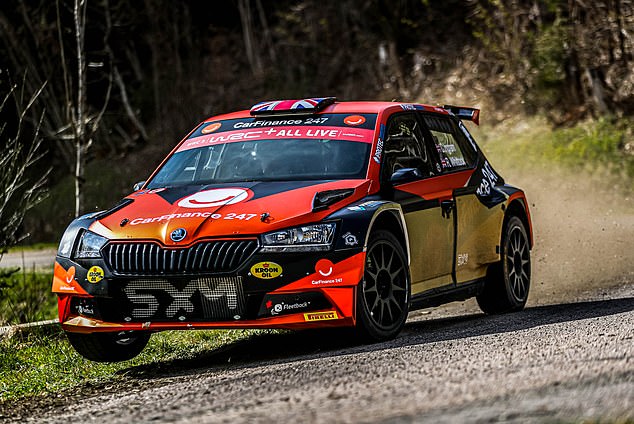 Covid was the trigger point for the problems. As the virus started its sweep early last year, the markets collapsed for businesses big and small, and the wave quickly reached sporting sponsorships. With the cost of a campaign in the region of 500,000 euros a year, the impact on Ingram was massive.

‘I had a collection of backers and it was around March or April last year when everything just went quiet,’ he says. ‘The 2020 European season was about to start and I wanted to defend my title but one after the other, I had seven or eight calls from backers saying they just couldn’t continue.

‘I went from living in a nice apartment in Manchester city centre to moving back home on my parents’ sofa. I didn’t even have a road car.

‘The season went on without me and my life just turned upside down, basically. I really didn’t know if I would drive a rally car again.’

He had been piecing together work from corporate driving days where he could, but hope was disappearing fast before the call came.

‘I was so worried it would never come,’ he says. ‘You’re always fighting in this sport and it felt like this was slipping away and out of my control. I have had some seriously low points with this, but I can’t tell you enough how delighted I am to have my chance.

‘It is my dream to be the world champion and now I can back on with working towards it. My parents can have their living room back as well.’

Get in gear for the Rising Stars Regional Finals