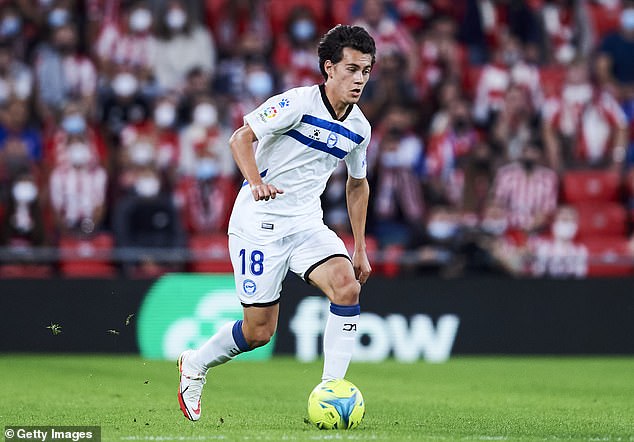 Man United ‘consider TERMINATING Facundo Pellistri’s loan at Alaves’ after just one league start this season… with Premier League side ‘able to trigger a clause if he has not played 1,000 minutes before start of December’

By Abdi Rashid For Mailonline

The 19-year-old joined the Spanish outfit during the summer transfer window with the hope of gaining some experience but despite making the squad regularly, he has been limited to appearances off the bench.

The Red Devils are now now looking to terminate the loan contract due to a clause they inserted into the deal which would have seen Pellistri rack up minutes for Alaves.

According to Goal, United inserted a clause in the loan agreement with Alaves which allows them to terminate the deal early if Pellistri had not played 1,000 minutes before the start of December.

With under two months until that December deadline, the winger has been limited to just 195 minutes of football so far this season.

There is frustration within the United camp as there were other European clubs interested in the youngster and he could’ve had more more playing time elsewhere.

The Uruguayan joined United from Penarol in October 2020 and was involved in the club’s under-23 squad until he signed for Alaves in the second half of last season. He went on to make 12 appearances for them – five of them being starts.

Pellistri was also involved in United’s pre-season friendlies and he impressed in the win over Derby after grabbing a goal for himself. 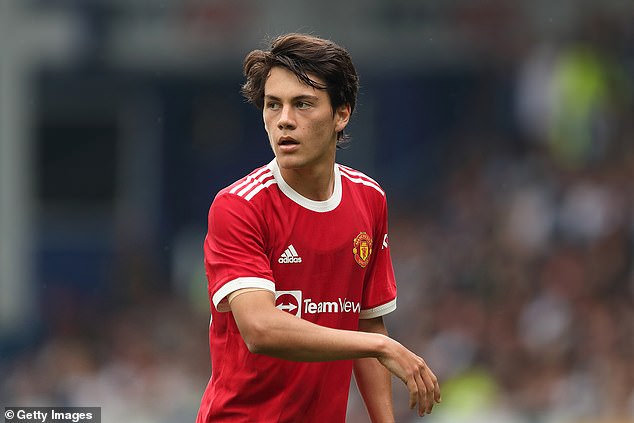 Ole Gunnar Solskjaer was impressed with the youngster on that day and he said: ‘I thought he was bright, of course he takes his goal really well. First touch, good pass from Shola (Shoretire), but great first touch sets him up.

‘I think he shows what he is, he’s a difficult player to play against. One against one he can go up past people and I’m very pleased with him.’

After the arrival of Jadon Sancho in the summer, Pellistri’s playing time looked set to be limited and he was therefore sent out on loan to gain more experience

The BEST in the business! Stephen Curry makes NBA history as...