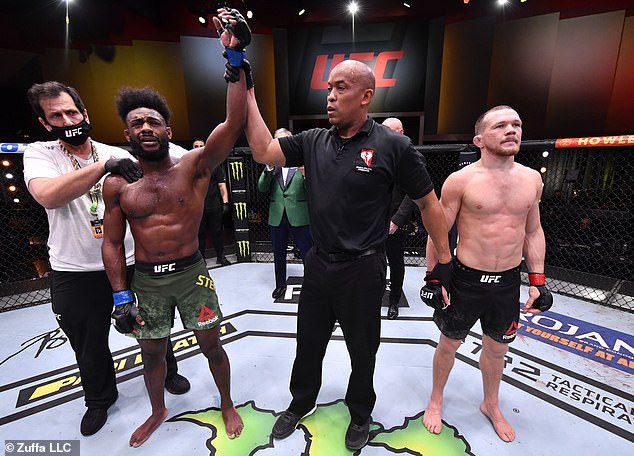 ‘It is logical not to want to be paralyzed in the octagon’: Aljamain Sterling hits back after Petr Yan branded him a ‘sneaky coward’ for pulling out of UFC 267 title rematch to heal neck injury

Aljamain Sterling felt the heat from fans branding him a ‘paper champion’ and has hit back at criticism for pulling out of his UFC 267 rematch with Petr Yan.

Yan lost his belt through a disqualification against Sterling when he was dominating the fight. The Russian landed an illegal knee to his grounded opponent and Sterling was unable to continue back in March.

He earned the belt by default and the pair were scheduled to rematch on October 30, before Sterling withdrew for medical reasons, prompting another barrage of criticism.

Yan himself posted a video and said: ‘You all know that [Sterling] just ran away like a sneaky coward.’

‘I think that’s a pretty good, logical reason not to want to be paralyzed in the octagon,’ Sterling argued on the MMA Hour.

‘I’m sorry if I think my health is more important, and the longevity of me living in my body, my capsule, is more important than proving some stupid beef who’s the better fighter when I’m not even 100 percent yet.’ 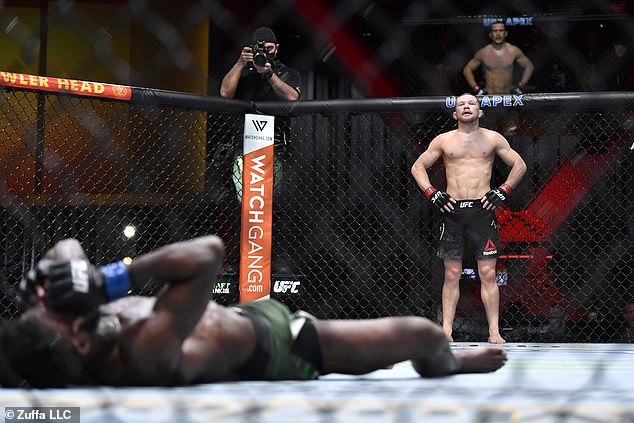 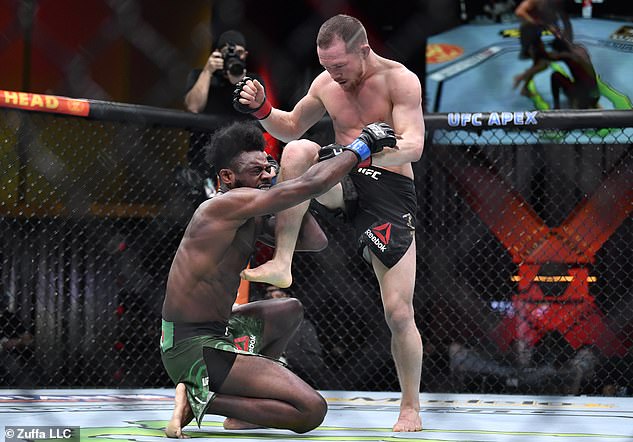 The fact that Sterling is struggling during training also led to him making the call to withdraw.

He went on: ‘Obviously, getting punched in the face that many times in sparring, it can be a little deflating.

‘Mentally, it f**ks you up, especially if you’ve got a fight on the horizon. You wondering if you’re doing yourself a disservice by one, showing up and trying to perform for the fans, and not giving them another good show.

‘For me to not give them two bad shows would just be on me at that point. 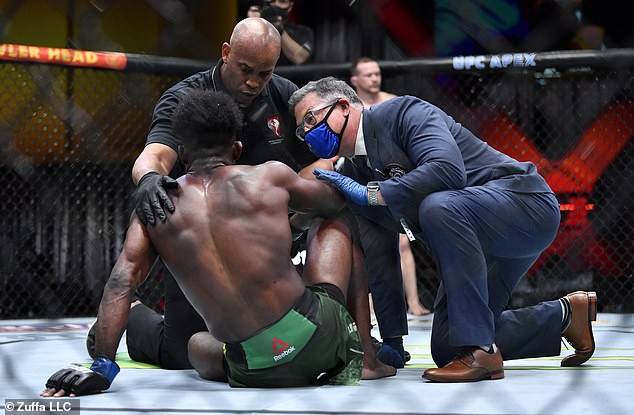 ‘I don’t want to do that. I want to make sure fans get their money’s worth, and they get the actual performance they deserve to see, to see who’s really the best, not a shell of the guy that we paid to see.’

Yan will fight Cory Sandhagen for the interim title at UFC 267 on Fight Island on October 30.

The winner is likely to face Sterling once he has fully recovered and is in shape to defend the belt for the first time.

'Thank God for the halo, his head could have been taken...