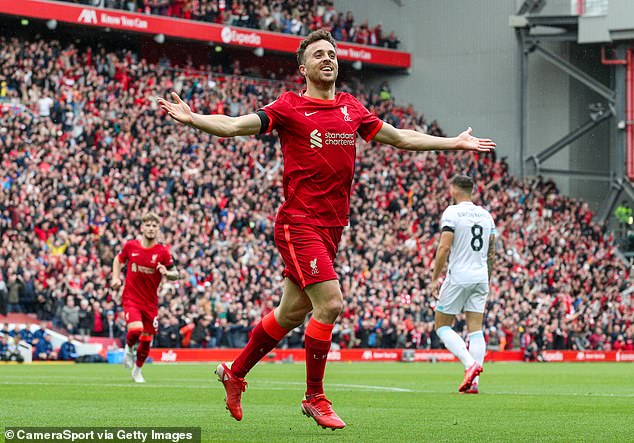 Diogo Jota believes Liverpool are a ‘different club’ this season after the return of fans to Anfield, as he praises ‘outstanding’ manager Jurgen Klopp

Diogo Jota says he feels as though he is playing for a different club following the return of fans to Anfield.

The Portugal international recently celebrated one year as a Liverpool player after joining the Reds in September 2020.

The 24-year-old enjoyed a successful debut campaign, finding the net 13 times in 30 appearances after moving from Wolves.

But Jota was unable to celebrate his impressive performances in front of a full capacity Anfield crowd due to Coronavirus restrictions.

A slight easing of restrictions in December saw 2,000 fans return to watch Liverpool triumph in a 4-0 win over Jota’s former side, while 10,000 were in attendance at Anfield for their final day win over Crystal Palace.

But the forward was a late substitute in both league fixtures and was unable to experience the famous Anfield atmosphere as a starting home player. 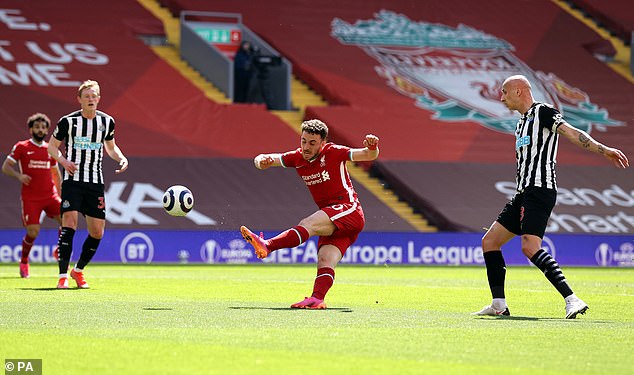 This season, however, Jota entertained a packed Kop as he netted on the Reds’ first home outing in the 2-0 win over Burnley in August with Liverpool bringing in 50,000-plus crowds in all five home games so far.

‘I remember how hard it was to play at Anfield being an opposition player,’ Jota said, via the Liverpool Echo.

‘Then last year I wasn’t able to play a lot at Anfield with the fans supporting us inside a full stadium like I am doing this season.

‘It feels almost like I am playing in a different club from last season because we couldn’t have that support and I believe that our fans are extremely important for us.’ 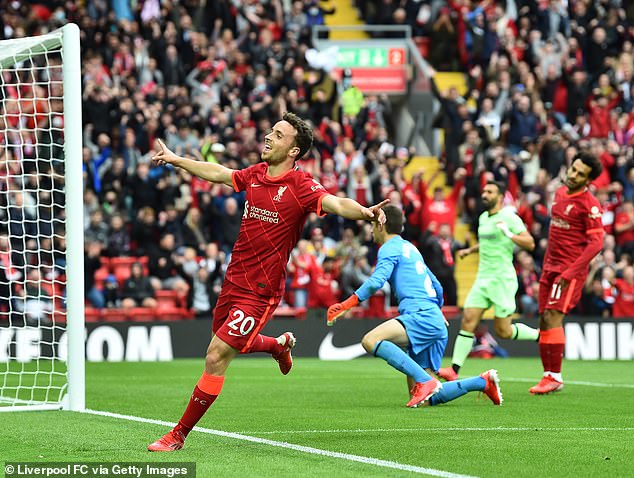 But the Reds have bounced back to remain unbeaten at home this season, most recently with a 2-2 draw against title rivals Man City, to sit second, one point behind leaders Chelsea.

Jota has also scored at Norwich City and Brentford this season to edge himself ahead of Brazilian Roberto Firmino and get his name on Jurgen Klopp’s team sheet alongside Mohamed Salah and Sadio Mane. 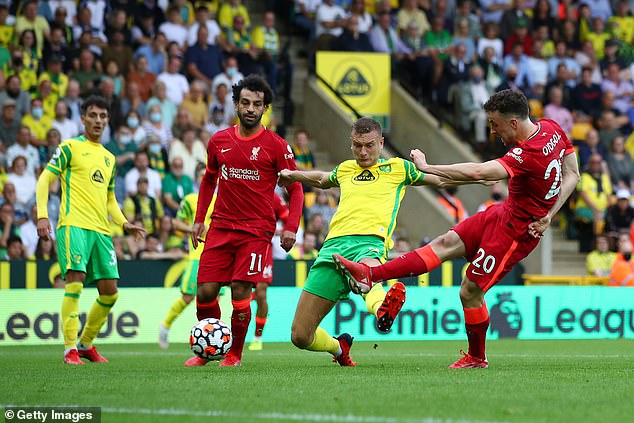 ‘They are world-class players and I am very happy to be able to play with them and to get results with them,’ he said of Liverpool’s frontline.

‘I feel like we are still developing our connections on the field and I think we can improve on that but that obviously develops with game-time and facing different opponents together.

‘But hopefully, along with Bobby Firmino, as a front four we can get a lot of goals this season if we do the right things.’ 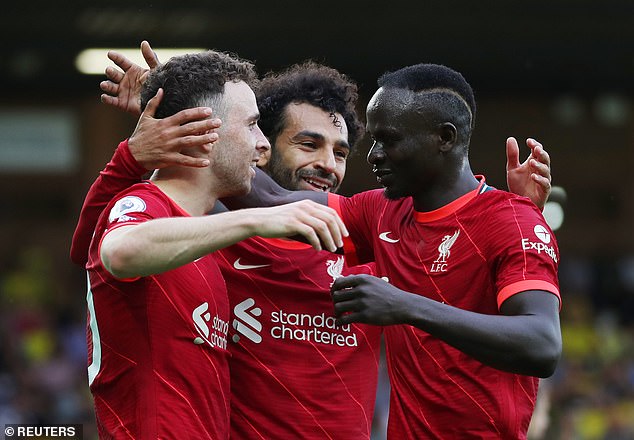 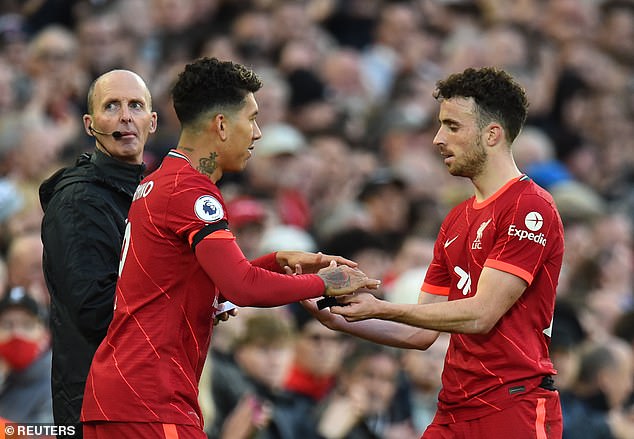 ‘I think he is an outstanding manager in terms of the relationship that he can establish with the players, especially with those that don’t play as often as the others.

‘That is one of his key characteristics and I am just happy to be able to work with him.’

Miesha Tate believes she has what it takes to cancel out...

Ketlen Vieira, ‘everything I’ve been through made me stronger’