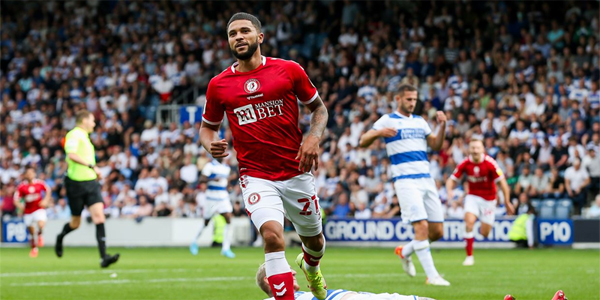 [Updated with video] Nahki Wells scored for Bristol City as they played to a 2 – 1 victory over his former team QPR today [Sept 18], with the Bermudian footballer scoring the game winning goal in injury time.

The club’s match report said, “Nahki Wells struck a dramatic injury-time winner against his former loan club as City sealed all three points away to QPR.

“It was largely one-way traffic but Dan Bentley proved a tough nut to crack as he made save after save to keep the R’s at bay.

“City had led at the break through Chris Martin’s far-post finish, but QPR battled back quickly with a goal through Sam McCallum. 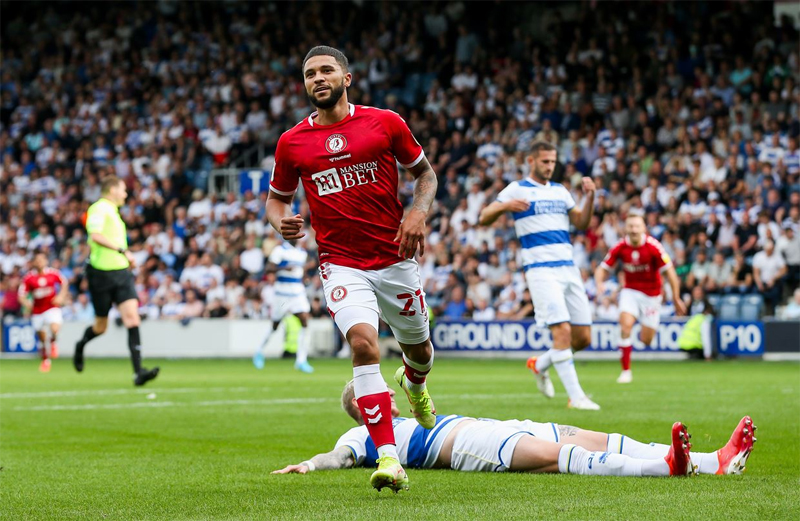 “QPR did everything but find the back of the net as the second half continued and they paid for it, with substitute Wells racing away at the end before firing low past Seny Dieng.

“The opening goal came on the stroke of half-time. Bakinson had already sprayed chipped balls forward looking for the runs of Weimann during the afternoon but this time it was Han-Noah Massengo making the forward run. The midfielders combined with Massengo crossing for Werimann in the box, he turned to pick out Martin and the striker made no mistake as the Robins led at the break.

“Nathan Baker made way for Jay Dasilva for the start of the second half but the Robins’ lead would last just ten in-game minutes as the R’s equalised inside the 55th minute. A loose ball, after Pring’s headed clearance, fell for McCallum and he fired low into the back of the net.

“Barbet drilled off target, while Chris Willock bent a shot agonisingly wide with City up against the QPR wave. With the hosts’s pressure growing, Pearson made his second change of the day with former R’s loanee Wells brought on to replace Martin.

“He showed some good touches early on, with Weimann operating further right but still the home side came forward in their pursuit of taking the lead. Substitute Charlie Austin couldn’t get the better of Bentley, who then produced a fine low stop to deny Dykes, with the City keeper in inspired form doing all he could to keep the scores level.

“Bentley still had work to do but City would have the last word as Wells pounced against his former side in the dying embers of the fixture.

“City were blistering on the counter-attack with Weimann leading the charge, he spread the ball for Wells whose touch was perfect, before he found the far corner in front of the travelling away support.”

Wells goal is shown around 5.50 into the video below

CITY FIREWORK PLOT RUMBLEDAn attempt to set off fireworks outside Manchester City's hotel in the early hours before their Champions League semi-final with...

A deeper look at appearances in WMMA