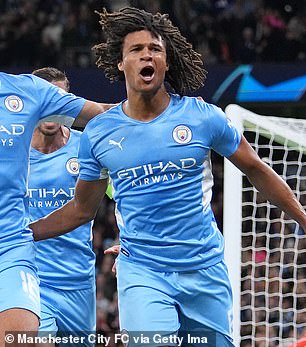 ‘This one was for you dad’: Manchester City defender Nathan Ake emotionally reveals that his father passed away a few minutes after he scored his first Champions League goal against RB Leipzig on Wednesday

By Kieran Jackson For Mailonline

Nathan Ake has emotionally revealed that his father Moise passed away on Wednesday night just minutes after he scored for Manchester City in the Champions League.

Holland international Ake, who recently left his national team camp due to personal and private circumstances, scored his first Champions League goal as he opened the scoring in a 6-3 win against RB Leipzig last night.

But on Thursday, the 26-year-old posted a touching tribute to his father, Moise Ake, uploading a photo of him scoring at the Etihad followed by a photo of himself with his father to the right of him. 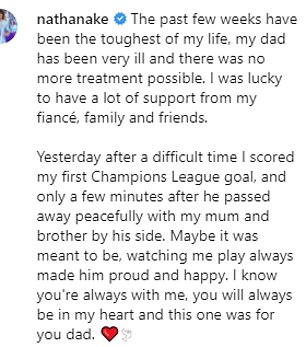 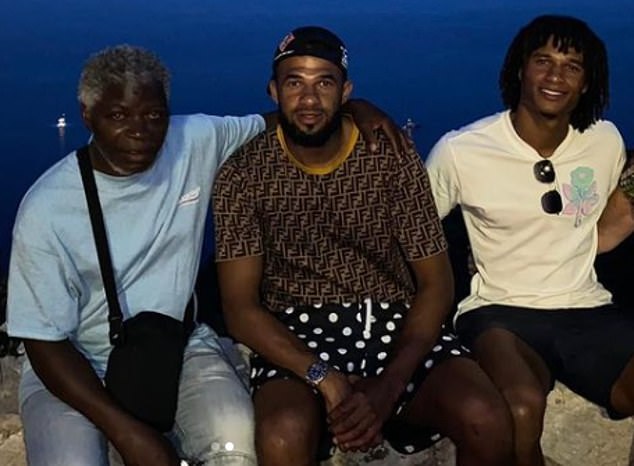 Ake said in the heartfelt post: ‘The past few weeks have been the toughest of my life, my dad has been very ill and there was no more treatment possible. I was lucky to have a lot of support from my fiancé, family and friends.

‘Yesterday after a difficult time I scored my first Champions League goal, and only a few minutes after he passed away peacefully with my mum and brother by his side.

‘Maybe it was meant to be, watching me play always made him proud and happy. I know you’re always with me, you will always be in my heart and this one was for you dad.’ 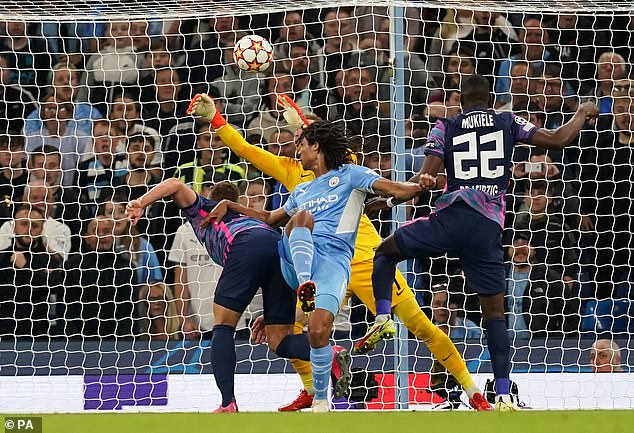 Ake made his debut for Holland in 2017 and has 22 caps for the national team.

He moved to Manchester City in 2020 for £41m from Bournemouth, where he spent four years in total having joined Chelsea’s youth team originally from Feyenoord in 2012.

Bournemouth sent Ake a message of condolence on Twitter, saying: ‘We’re so sorry to hear your news, Nath. Sending our very best wishes on behalf of everyone at the club.’

Winnie Harlow talks about starting up a romance with LA Lakers...

A deeper look at appearances in WMMA