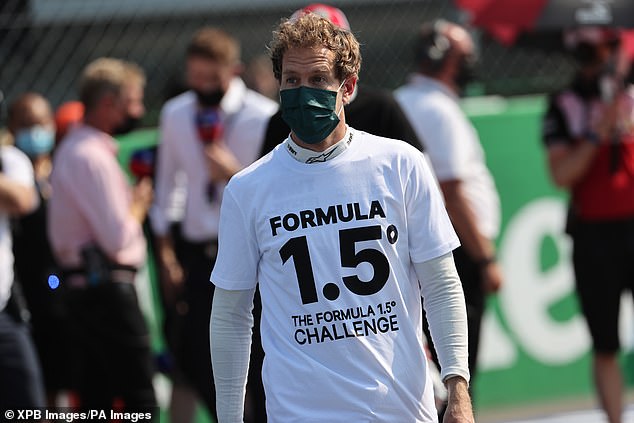 Aston Martin have confirmed they will be retaining their driver line-up of Sebastian Vettel and Lance Stroll for the 2022 Formula One season.

This year was Aston Martin’s first back in the sport after taking over the Racing Point team, with Vettel drafted in from Ferrari to become Stroll’s team-mate.

Although the four-time world champion penned a multi-year doubt there were doubts over whether he would continue with the team next year when the sport undergoes a revamp of its rules and regulations which in effect will reset the grid and alter how cars look and perform. 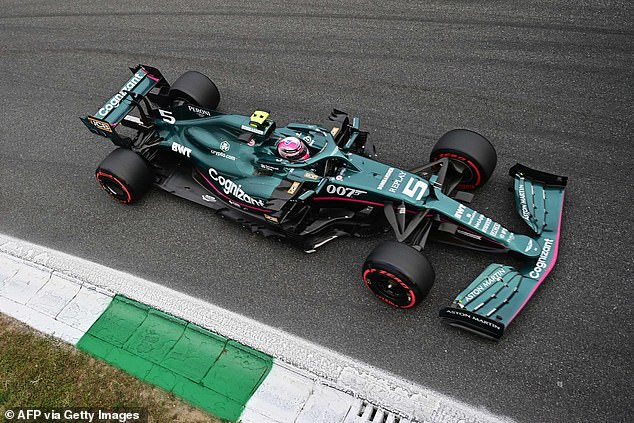 Upon the announcement, the 34-year-old admitted he was excited at the prospect of racing next year’s cars.

‘I am really looking forward to racing the new generation of Formula One cars,’ Vettel said.

‘Their look is very different and the new technical regulations should give us cars that can race much more closely than recently.

‘More exciting racing will be great for the drivers as well as for the fans. The changes are so big that every team will be starting from a new beginning, so it will be a great opportunity for us at Aston Martin Cognizant Formula One Team.

‘I believe in the strength of our new growing team, so I am already looking forward to 2022.’ 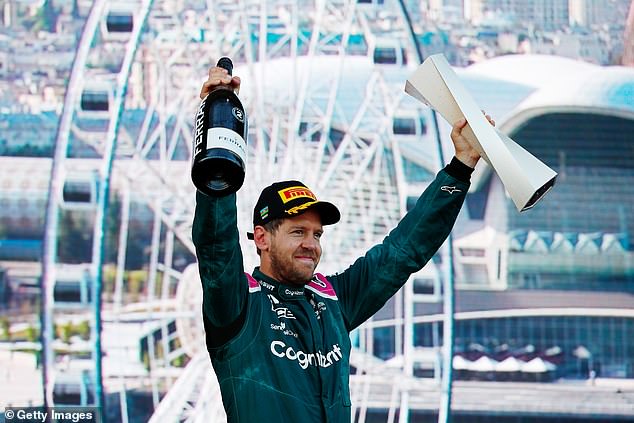 Although Aston Martin have struggled to build on the progress the team made in its previous guise last season, where with Sergio Perez they won the Sakhir Grand Prix, the team have picked up positive results.

Vettel claimed a second place in the Azerbaijan Grand Prix back in June and repeated the finish in Hungary last month, only to later be disqualified for a technical infringement.

Lance Stroll, son of billionaire and Aston Martin team owner Lawrence, admitted he was looking forward to having Vettel alongside him again.

‘Next season I will be embarking on my sixth year in Formula One, alongside my team-mate Sebastian’, Stroll said. ‘We started this Aston Martin Cognizant Formula On Team campaign together and I greatly look forward to continuing the journey with him next year. 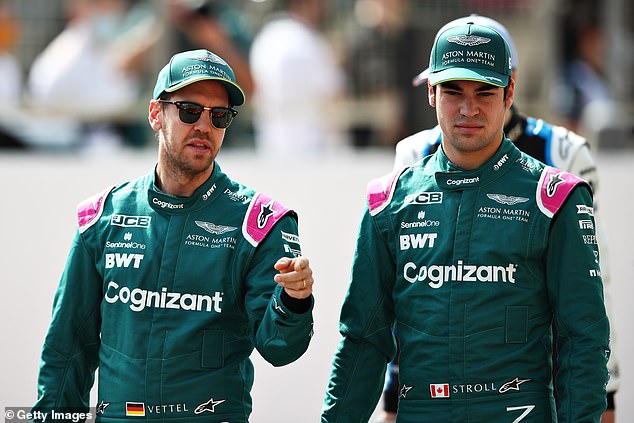 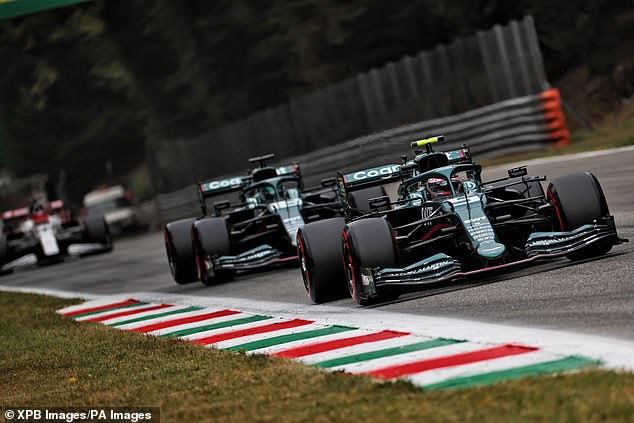 ‘We have not achieved what we set out to do this year, but that has only amplified our hunger and drive for success next season. Now, with the prestige and support of Aston Martin, and the brilliant new sponsor-partners that such a prestigious brand has attracted, we are well positioned to improve our performance in 2022.’

As Racing Point, Aston Martin finished fourth last year but have since been eclipsed by Alpine, Ferrari and Alpha Tauri to reside only seventh overall from the 10 teams this term.

Team boss Otmar Szafnauer though believes his driver pairing are an ideal combination to improve the team’s fortunes next term.

‘Lance is one of the most gifted drivers in modern Formula One, and to that raw talent he is now adding serious racecraft,’ Szafnauer added. 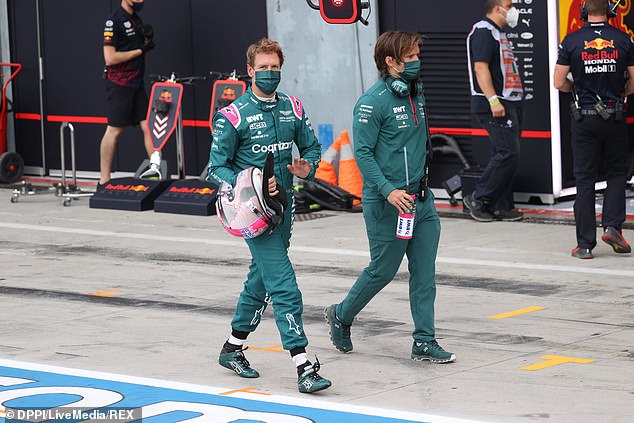 ‘A four-time world champion, having driven 271 Grands Prix, of which he has won 53, Sebastian is also a massive asset to our team, and next year we expect both of them to race well in what will be a very different formula from the current one.

‘We never under-estimate our opposition, so we do not intend to over-promise, but we know that Lance and Sebastian will get the very best from the tools we will put at their disposal.’

The announcement of the line-up means only Alfa Romeo have yet to fully confirm their driver line-up for next season, with only Valtteri Bottas announced to drive for the team. The Finn is being replaced by rising British star George Russell at Mercedes to partner Lewis Hamilton.

Alfa Romeo currently have Kimi Raikkonen and Antonio Giovinazzi in their line-up, but the 2007 world champion, who turns 42 next month, will retire at the end of the season.

Red Bull ‘know Max was WRONG’ for his collision with Lewis...