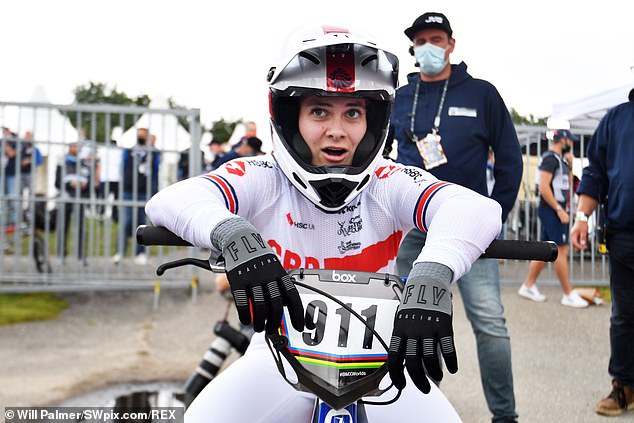 By Janine Self for the Daily Mail

‘I just wanted to go out there and have a good time like Tokyo,’ said Shriever after making history by becoming the first woman to win both honours in the same year.

Just like in Japan last month, the 22-year-old was too strong for her rivals. Starting on her favoured Gate 8, she led from the front in Arnhem to complete the double. 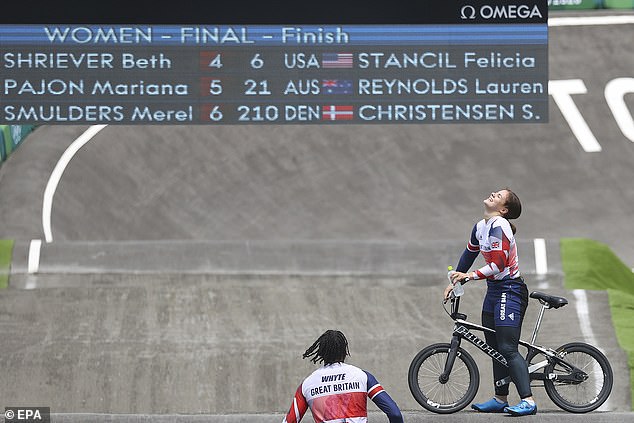 ‘I was relaxed and happy, I had an all-right start, just dug in and managed to take the win so I’m gassed. Another gold medal — I can’t believe it!

‘The past three weeks since I won the Olympics have been an absolute whirlwind, the support has been phenomenal, and I’ve loved every minute. The one thing the experience has taught me is how much I actually enjoy racing.’

Shriever, who needed to crowd-fund £50,000 to finance her Olympic challenge, was a shock winner in Tokyo but there was nothing surprising about this latest success, although she was helped by a three-rider crash on the first corner which ended the challenge of American defending champion Alise Willoughby. 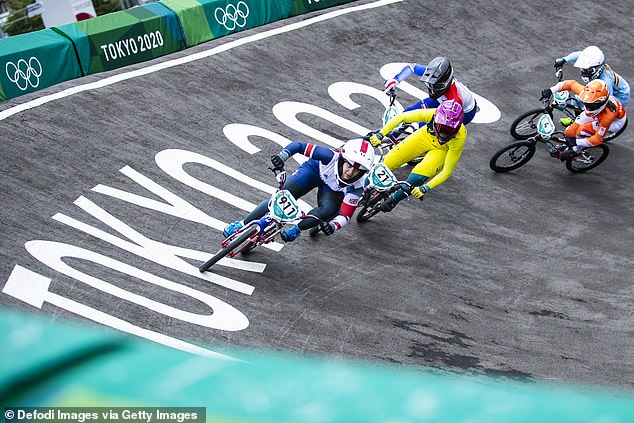 Shriever overpowered her rivals in Japan and did the same for the world title, avoiding a crash

By the time the trio picked themselves up, Shriever was on her way to victory ahead of Dutch pair Judy Baauw and Laura Smulders four years after being 2017 world junior champion and working as a teaching assistant.

There was another Olympian in action over the weekend but there was no similar happy ending for triathlete Alex Yee, who won individual silver and team gold medals in Tokyo.

Yee went into the final race in Edmonton leading the rankings and with a chance of being crowned world champion in only his ninth top-level race.

However he was distanced on the swim and the bike before the fastest 10km run split brought him back to 11th, enough for third in the overall standings. 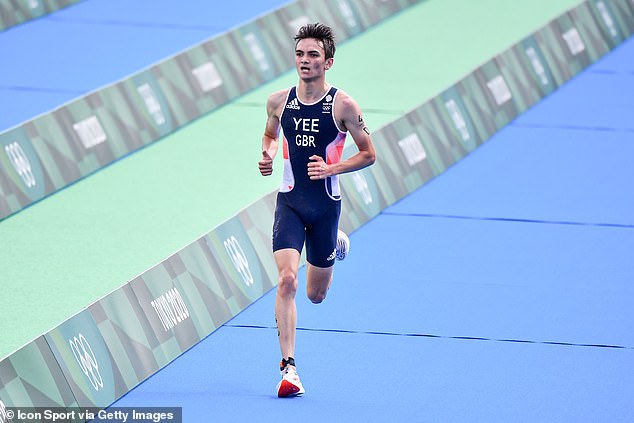 ‘Today wasn’t my best day, but no excuses,’ said Yee. ‘I didn’t swim well enough, but I gave it everything and fought to get on the podium with these guys. Kudos to them, they were incredible.

‘I had some bike trouble but I gave it everything I had and held on to a podium place. I gave it my all because you don’t want to die wondering, you never know if you will be in this position again.’

Before the final race the world title looked set to be a shootout between the Olympic gold and silver medallists, Norway’s Kristian Blummenfelt, and series leader Yee. However, Blummenfelt managed to stay in front leaving Yee to take the final podium place. The new season starts in a month…

Jake Paul confirms desire to fight Tommy Fury next as he...

UFC: Derek Brunson hoping to lead Darren Till in a merry...

Russian GP practice session cancelled and qualifying could be pushed to...