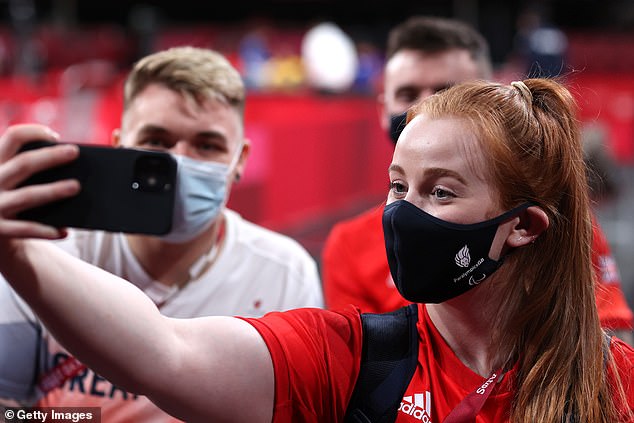 By Ian Herbert For The Mail On Sunday

Competitors arriving for Tokyo’s Paralympics are facing strict rules, despite their disabilities, as Japan reels from an escalating Covid crisis.

With some Japanese being denied care at overwhelmed hospitals, competitors who use wheelchairs are being told to regularly disinfect them. Even those helping athletes, who rely on them for lip reading, are being urged to keep the time they remove masks to a strict minimum.

Some 227 athletes will compete for Paralympics GB in 19 of the 22 sports, a figure which includes guides, pilots and competition partners. But with two Covid cases already reported at the Paralympic Village before Tuesday’s opening ceremony, competitors are facing an austere environment.

Lip-reading assistants are being told they can ‘temporarily’ remove their masks. But they ‘should stay at a distance of at least one metre and put your mask back on as soon as possible,’ according to the rules laid down by the organisers.

The rules also state: ‘If you use a wheelchair or other mobility device that may be handled by another person under certain circumstances, for example drivers, regularly disinfect the relevant surfaces with sanitising wipes.’

There is also anecdotal evidence of nations being asked to bring fewer support staff. That means absences for the family and close friends some athletes rely upon to get around. 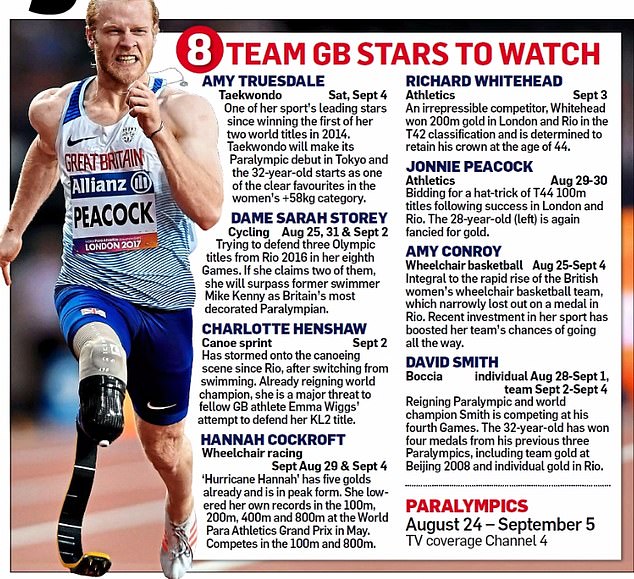 Becca Meyers, a 26-year-old blind and deaf athlete who has won medals in past Paralympics, pulled out of these Games after saying US officials would not let her have her mother, who is also her personal care assistant, with her. A USA official said the decision was based on pandemic rules.

Despite the difficulties, athletes know their involvement here can be huge for their sport’s profile. The Games, which include badminton and taekwondo as new sports, are expected to break viewing records with an estimated cumulative global TV audience of 4.25billion. There are more broadcasters than ever before, increased levels of coverage and more live broadcasts. Channel 4 will provide 300 hours, with more than 1,000 hours on 16 live streams.

While the BBC was widely criticised for anchoring its Olympics coverage from its Salford studios, Channel 4 will host some of its programmes in Tokyo. The broadcaster will present live from the Olympic Stadium for the opening ceremony and the athletics, with swimming broadcasts coming from poolside.

Yet there remains anxiety in Japan about hosting more international sport at a time its health service is being swamped.

Mark Madsen gets emotional talking about his struggles in past 17...

Special report from Peckham BMX Club – the home of Olympic...