Ovo Streams
Home Other Sports LUTALO MUHAMMAD: My dad and set up his own Taekwondo club for... 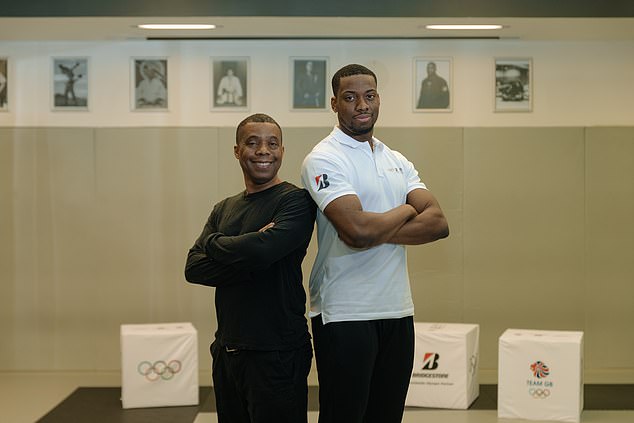 LUTALO MUHAMMAD: EVERYONE in my family is a black belt… my dad is still a martial artist now and set up his own club for me – it doesn’t get more grassroots than that!

By Lutalo Muhammad For The Daily Mail

Some of my first memories in taekwondo are of me kicking the furniture and driving my mum crazy, while filling my dad with jubilation!

He was and still is a martial artist. He has 45-50 years of experience doing that. So it was always a family affair, everyone in the family is a black belt — my brother, my mother, my dad. We grew up and it was all about health and fitness, as well as the holistic approach of martial arts.

My dad started teaching it to us — we are all boys. He wanted to give us some discipline. Out of my brothers, I was the one who enjoyed it the most and the rest, I guess, is history.

The Olympic dream began in 2000 when taekwondo first became an official Olympic sport. I remember watching the gold medallist getting the wreath put around his head and the gold medal around his neck.

That was the first time I realised I could do this. My dad leaned over and said to me, ‘This could be you one day, you could be the next Olympic champion. You could be like Linford Christie, you could be Michael Johnson’.

That really resonated with me and that ‘yes’ from me was all it took for my parents to take my dream as seriously as they did. They knew I had talent and ability, we didn’t have connections. But my dad started up his own academy — obviously as a business but also as a way I could continue my training and it just went on and on. I went to tournaments, I won some, I lost some, but up until age 19 it was just me and my dad. Then I got invited to a camp with GB in July 2011. Less than a year later I was European champion and on my way to the Olympics.

So it couldn’t be more of a grassroots story. It all started in Walthamstow, east London, and Hackney where I trained. 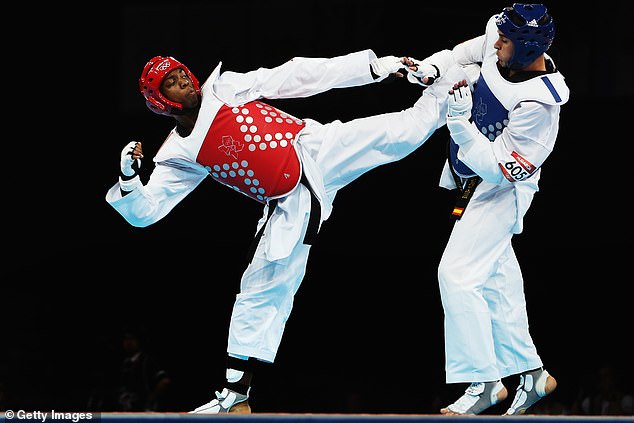 Throughout the years it was always young people like me from an urban background and it really was a family affair. I don’t know how much more grassroots you can get than that — it grew out of my family!

It’s definitely easier to get into taekwondo now than when I started. When I started, I think Google might have been called ‘Ask Jeeves’ back then! It wasn’t as obvious or easy to look up who to talk to and how to get into a team. You had to ask people further along with you and get noticed organically and make a name for yourself. Today you just need to go on the British Taekwondo website and find your local club. It’s definitely easier to get into the GB set-up these days and that’s great.

After the London Games, we talked about leaving a legacy and inspiring a generation, and I’m so happy that for taekwondo as a sport, London did that tenfold.

When I used to speak about taekwondo people would reply, ‘Oh, what food is that? That sounds tasty’ or ‘Oh, is that a country?’ Since London, I can’t remember people saying they don’t know what it is. 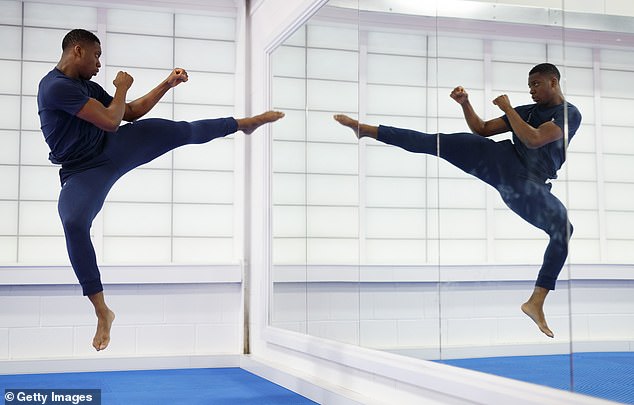 Not everyone will go to the Olympics, but there’s plenty of other reasons to take up taekwondo

Maybe that’s just my 6ft 3in frame putting the fear of life into people to say they know it! But people know what the sport is now, it has really grown. We have no business being so good at this sport in this western country, it’s a Korean sport! I’m so happy the British public get behind us so much.

I work with Bridgestone and their tagline is: ‘Chase your dream, no matter what’. I was so blessed and fortunate I had parents who supported me to do that. For a young person, I would say, ‘Find a club, a coach that believes in you’. Get yourself a club and get yourself surrounded by healthy, like-minded people who want to go places. That’s organic and infectious, allow yourself to dream.

Not everyone will go to the Olympic Games, but everyone can make themselves a better person by studying the martial arts and surrounding themselves with positive people.

Lowes though, like Marco Bezzecchi (Sky Racing Team VR46) ahead of him, will need to find some time to...

Blackburn reach agreement with Chile over use of Ben Brereton Diaz...

Jake Paul claims ‘FRAUD’ Conor McGregor has ‘lost it’ ahead of...

Shaquille O’Neal reveals why he turned down $40 million offer from...