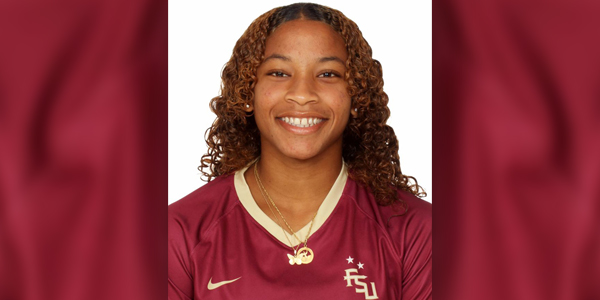 Bermuda’s Leilanni Nesbeth scored for Florida State as they played to a 4-0 victory over Florida Gulf Coast.

“Florida State also had seven corners to FGCU’s zero and 10 of FSU’s 22 shots were on goal.

“The Noles first shot of the game was taken in the third minute by freshman Emma Bissell. The Eagles retaliated with their first of two shots in the half in the eighth minute. The two first-half shots by FGCU tied the most shots in a half by an FSU opponent this season.

“It would not take much longer for the Seminoles to score as their second shot hit the back of the net in the 16th minute. Kirsten Pavlisko took the ball into the center of the pitch from the right side and dribbled it right into the 18-yard box. She then fired a shot into the right side of the net from about 16 yards out to give the Noles the 1-0 lead. It was Pavlisko’s second goal of the season and third of her career.

“The Noles would get several more shots off in the first half, including one by Jenna Nighswonger in the 41st minute that would carom off of the crossbar. Just over a minute later Nighswonger would have the ball again, this time in the left side of the box, she would be fouled by Meagan Gruber resulting in a penalty kick. Emily Madril would step up to the PK spot and fire one in to give the Noles a 2-0 lead heading into the half.

“LeiLanni Nesbeth finished off the game and made it 4-0 in the 76th minute with her first goal of the season on an assist by Jody Brown. Brown received a pass on a run into the right side of the box and slid a pass into the middle of the field to Nesbeth on the run. Nesbeth hit a one-timer right into the back of the net.”

Ian Beattie is appointed as the new chairman of UK Athletics...