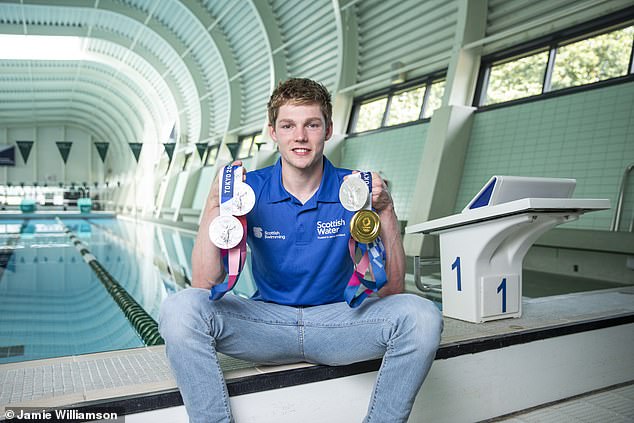 Duncan Scott won a record FOUR Olympic medals as Britain ruled the pool in Tokyo. Now he says investment is vital to get kids learning an essential life skill

By Daniel Matthews For The Daily Mail

The bubble has burst and so Duncan Scott is briefly stepping out of the pool, turning back towards how life once was.

It’s a rest well earned, too.

After 10 races across eight days in Tokyo, Scott stood alone — the only British athlete in history to win four medals at a single Olympic Games.

And yet, within 36 hours of spearheading a record haul for Team GB in the pool, Scott was back in his Stirling flat, yearning for a change of pace.

‘I went to the women’s Open at the weekend to watch Louise Duncan, which was a good day out,’ he says.

He was fleetingly reunited with team-mate Tom Dean down in Manchester, too.

Largely, though, recent weeks have provided a chance to make up for lost time.

‘Just catching up with different friends,’ Scott says. ‘Going to the pub, playing a pub quiz…’

Surely he will be the answer to a question before long?

‘Well, I might actually get one if that’s the case!’ he jokes.

Soon, though, attention must turn back to the pool. 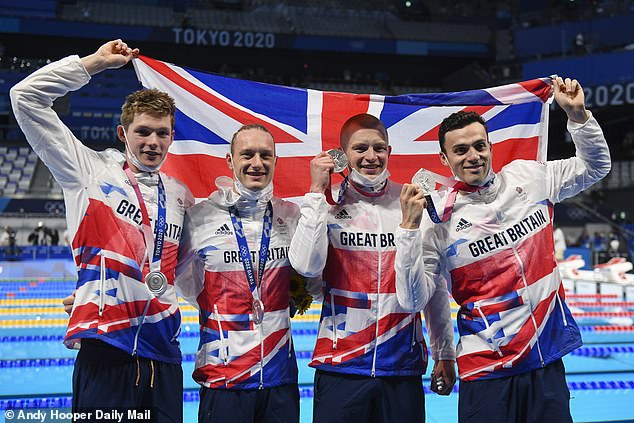 Team GB flourished in the pool, with the likes of Scott (far left) and Adam Peaty (second from the right) winning multiple medals 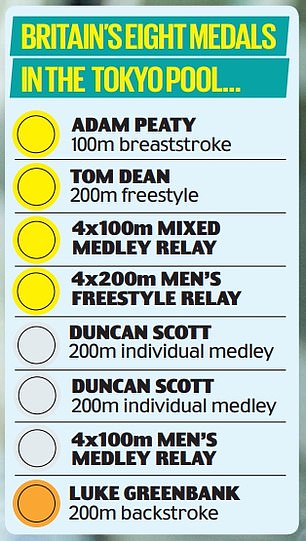 This could prove a crucial period for Scott as he begins another cramped Olympic cycle. And for swimming in this country.

Coronavirus left many clubs treading water; some leisure facilities could go under for good.

Lucky, then, that Scott, Adam Peaty and Co provided such a shining legacy on which to build.

‘We need to jump on that and hope it helps for the next few months,’ he says.

‘But with swimming, the leisure facilities have been shut for so long that it’s been really challenging to keep everyone engaged and grasped within swimming.

‘With that has come a lot of pool closures as well, which has made club swimming even more challenging.’ 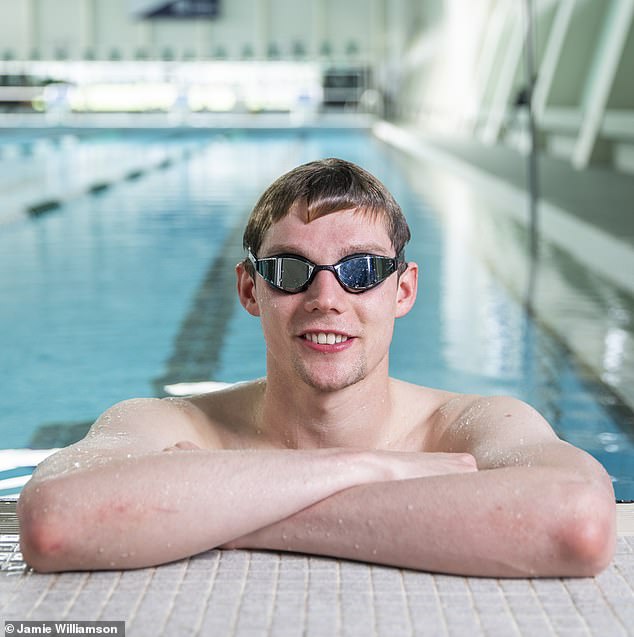 There is no time to waste.

‘These next few months are crucial for getting kids engaged within club swimming,’ he adds.

And for those looking to make their first splash.

Scott’s own journey to Olympic glory began at a pool in Troon, where his father would take him and his sister every Sunday.

‘It is a life skill and I think my parents pushed that because they thought, like I do, that it’s important for people to know how to swim,’ Scott says.

Among the early lessons on that crash course? Mastering the art of floating. Soon enough, though, Scott had begun to turn heads. For a time, he juggled swimming with tennis, football, rugby and cricket.

Bermuda’s Leilanni Nesbeth scored for Florida State as they played to a 4-0 victory over Florida Gulf Coast.The school’s match report said, “The...

Man City ‘unlikely to pursue Harry Kane again in 2022 and...