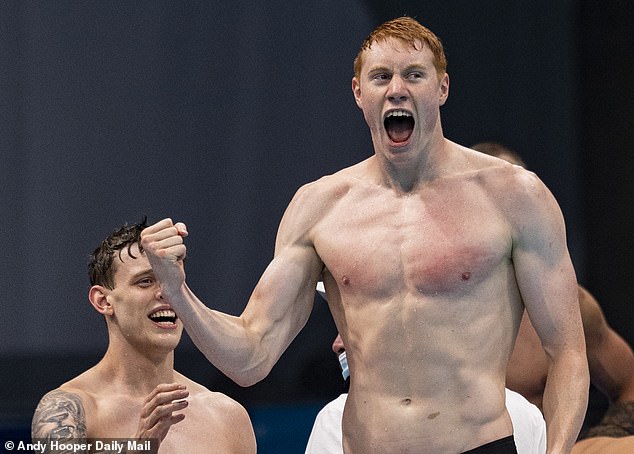 ‘This sport could save your life’: Team GB Olympic hero Tom Dean encourages people to get in the pool as he pays tribute to his first swimming club for the impact it’s had on his career

By David Coverdale For Mailonline

The 21-year-old, who also won gold in the 4 x 200m relay with Duncan Scott, James Guy and Matthew Richards, spoke about his grassroots journey.

‘I started there when I was eight years old, they were the first swimming club I joined,’ he said.

‘Other than the national centre in Bath, it is the only swimming club I’ve ever swam for. I owe them basically my entire swimming career because they took me, and my coach Paul Lloyd took me, from learning to swim essentially to being European champion and helping me to join David McNulty at Bath as a fully-fledged athlete ready for the senior international stage.

‘Despite it being a really small club and not even a competitive club when we joined them, sticking with the programme and having faith in the programme and being able to do the hours that I needed to do twice a day every day was invaluable to my swimming career.’

Dean hopes his success — and that of GB’s swimming team — will encourage investment in the sport.

‘It is so, so important,’ he said. ‘We are so fortunate that we had a pool five minutes down the road from us that we were able to go to. It was so convenient. Even if you are not joining a swimming club, going along at the weekend, learning to swim, through school swim lessons, all these things are so important. It is the only sport that can save your life.

‘It is a skill that everyone should learn. The fact that pools are closing is an absolute tragedy. So many kids will be missing out as a result of that. I can’t stress enough how important it is that grassroots swimming and learn to swim programmes continue to be funded across the country.’ 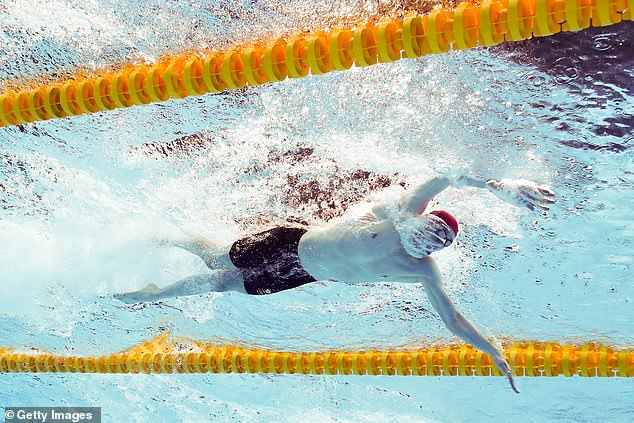 Lando Norris dethroned Lewis Hamilton as the youngest-ever British pole sitter and went back to his hotel room to celebrate with apple crumble...