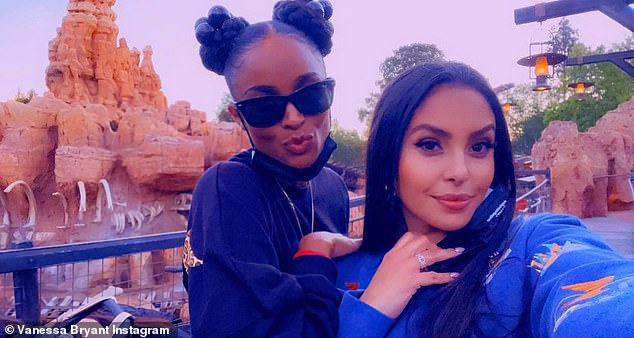 By Christine Rendon For Dailymail.com

The star, 39, whose late husband was NBA great Kobe Bryant, posted photos of her trip to the Happiest Place on Earth to her Instagram account on Saturday.

Vanessa and Ciara, 35, were having the time of their lives as they checked out the many attractions with their family, including Big Thunder Mountain Railroad, where they took a selfie together.

The Happiest Place On Earth! Vanessa Bryant enjoyed another fun-filled day at Disneyland with her best friend Ciara 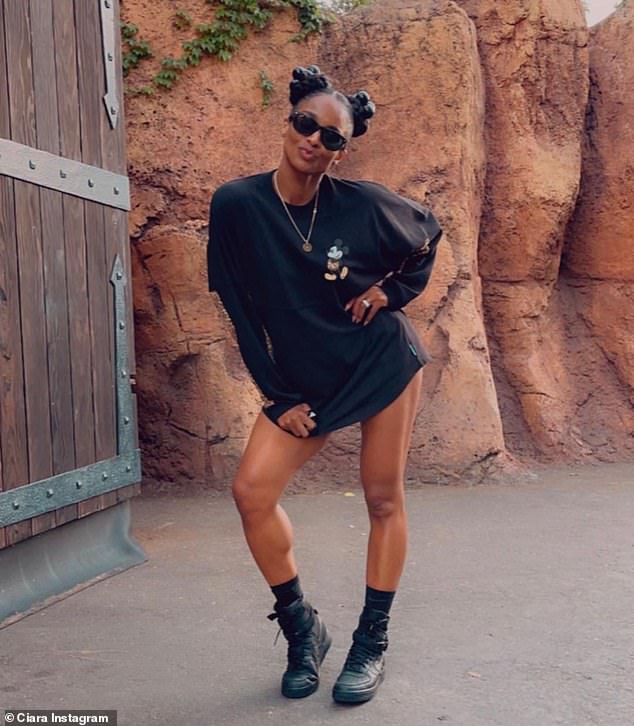 Strike a pose! Ciara put on a very leggy display in her over-size Mickey Mouse T-shirt

Vanessa put her flawless complexion on show as she briefly removed her mask to take the snap with Ciara, who puckered up for the camera.

In a plethora of photos, the women documented their family-friendly adventures as they soared over the skies on the Dumbo ride, sped walked through the amusement park, and chowed down on churros.

Ciara put her flawless legs on display in a series of snaps she posted to her account, where she struck poses wearing an over-size Mickey Mouse T-shirt, trainers, and her hair styled into two buns.

Ciara’s seven-year-old son Future even took a photo with his ‘Auntie V.’ 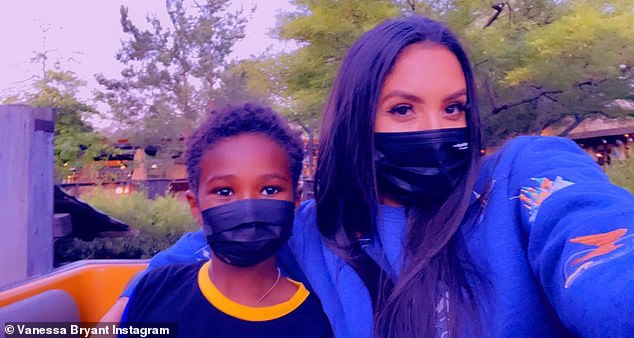 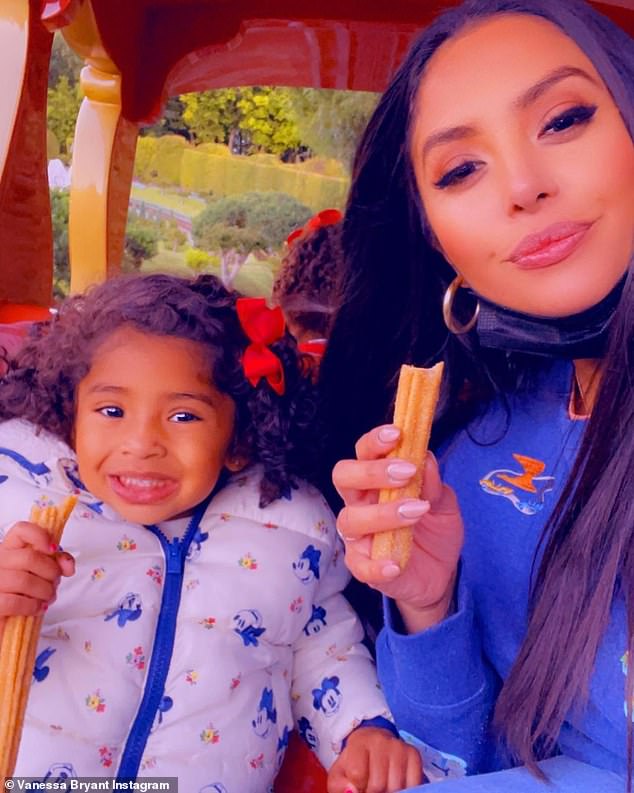 Yum! Vanessa and her daughter Capri chowed down on churros as they danced to music on the Casey Jr. Circus Train 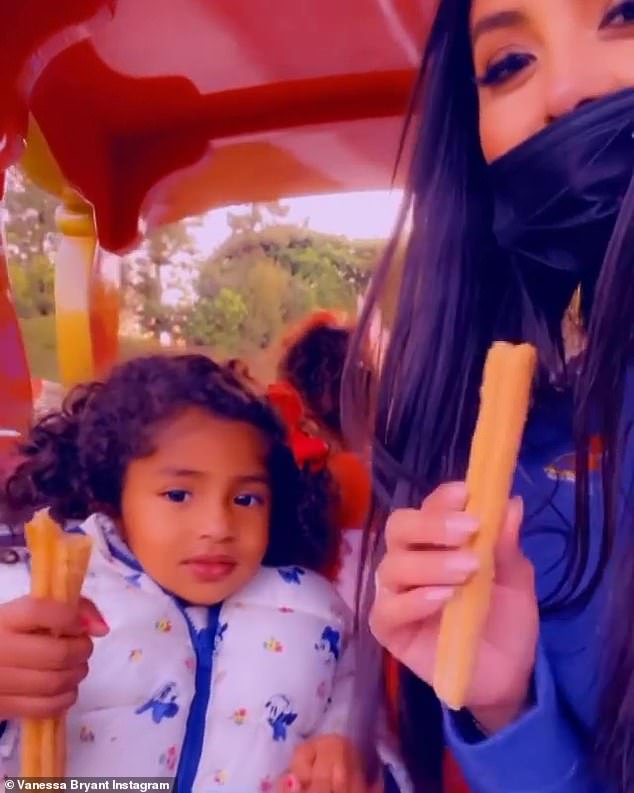 Disney fun! Capri wore a red bow in her curly hair and a white down jacket while her mother sported a blue sweater

Vanessa posted a heart-melting photo of herself sitting with the youngster, both wearing masks.

Another sweet moment Vanessa posted was one with her one-year-old daughter Capri.

The duo had a blast dancing to music and eating churros on board the Casey Jr. Circus Train.

Capri wore a red bow in her curly hair and a white down jacket while her mother sported a blue sweater. 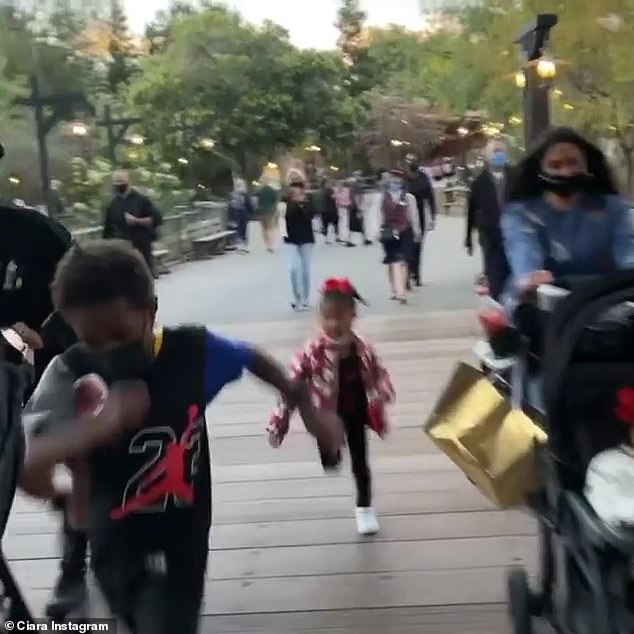 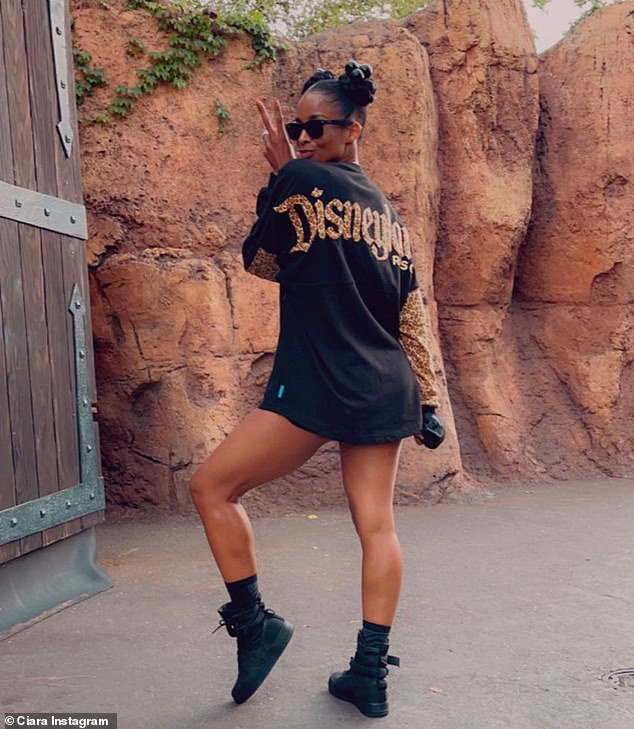 The star also flew around with a friend on the Dumbo ride, where Vanessa even managed to capture Ciara and her children flying right behind them.

It has been year a year since Vanessa’s daughter Gianna and husband Kobe tragically died in a helicopter crash. Gianna – known to her loved ones as Gigi – was just 13-years-old and her father 41.

‘This pain is unimaginable [but] you just have to get up and push forward,’ she told the outlet. ‘Lying in bed crying isn’t going to change the fact that my family will never be the same again.

‘But getting out of bed and pushing forward is going to make the day better for my girls and for me. So that’s what I do.’ 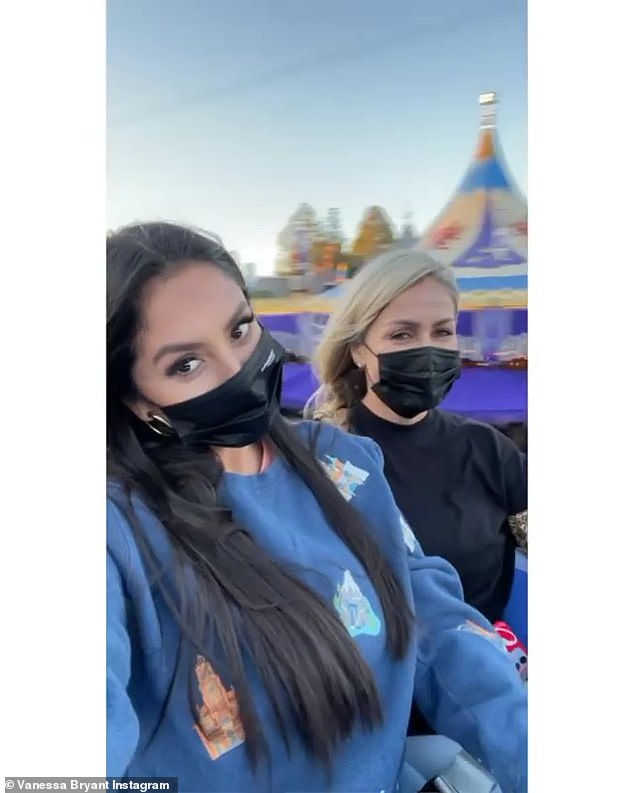 So fly! Bryant and her friend goofed around on the Dumbo ride 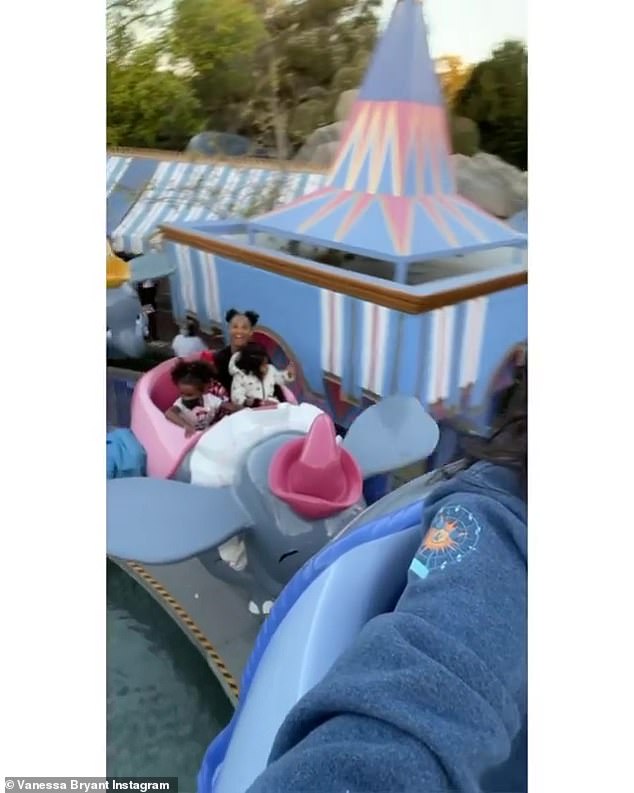 Sky high! Bryant even managed to capture Ciara and her children flying right behind them