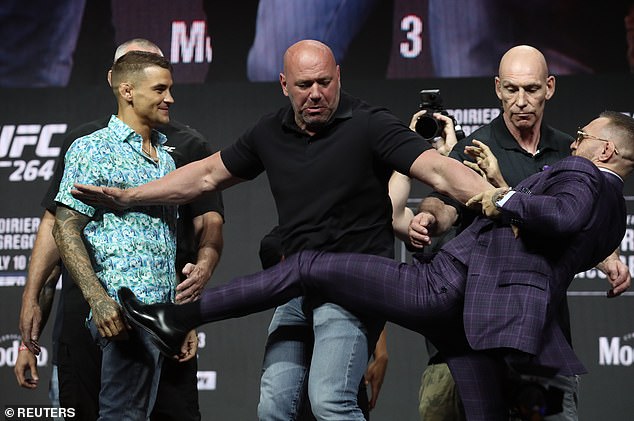 Conor McGregor kicked out at Dustin Poirier as the Irishman ramped up his war of words with his rival ahead of their showdown at UFC 264, but The Diamond was unfazed by the Irishman’s antics.

McGregor, 32, is bidding to avenge his Fight Island defeat by Poirier, also 32, when the pair meet for a third time in Las Vegas on Saturday night, with the Notorious in need of a win having lost two of his last three UFC fights.

The former two-weight world champion was full of pleasantries ahead of their fight in January, but has now regained his edge and has launched a number of stinging remarks towards the Louisianan in the past six months.

And McGregor attempted to get inside his rival’s head when they met for the first time since January at their press conference on Thursday.

‘You’re getting walked like a dog in that octagon on Saturday night!’, McGregor exclaimed.

The audience in attendance in Sin City responded well to McGregor’s taunts, but Poirier – who admitted to being rattled by his rival when they met in 2014 – was left unimpressed by McGregor’s comments. 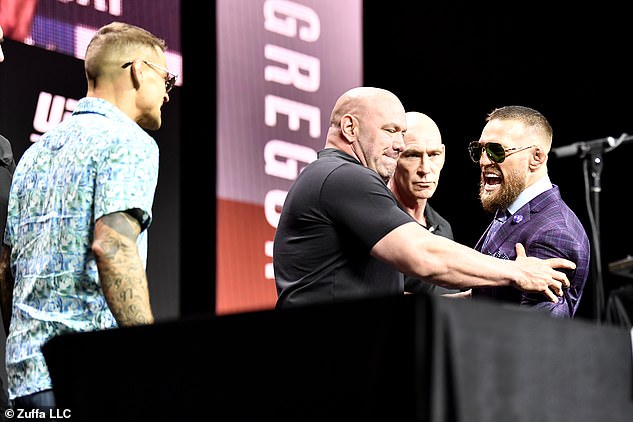 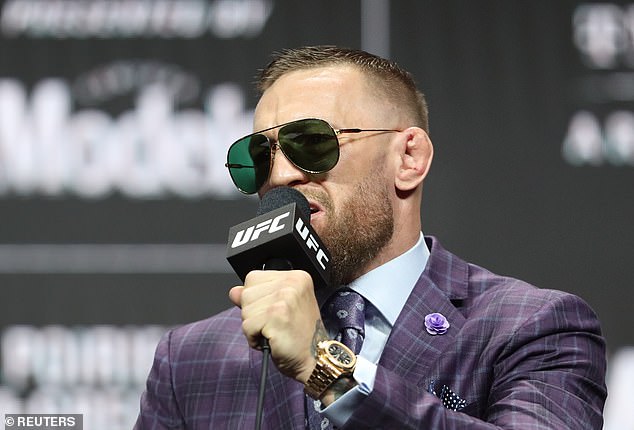 McGregor upped the ante with his war of words, labelling Poirier a ‘silly little hillbilly’

Despite his best efforts to unsettle his rival, it was Poirier who won the biggest response from the crowd when interjecting to answer a question directed at McGregor.

When asked why the former two-weight world champion’s demeanour has changed so drastically between fights, Poirier quipped: ‘Because he got knocked the f*** out. ‘Not McGregor fast [the Irishman’s training programme]… McGregor sleep.’

Fans have been hoping to see the same McGregor that stormed to the summit of the UFC in 2016 with exhilarating, picture-perfect performances, when he competes on Saturday night. 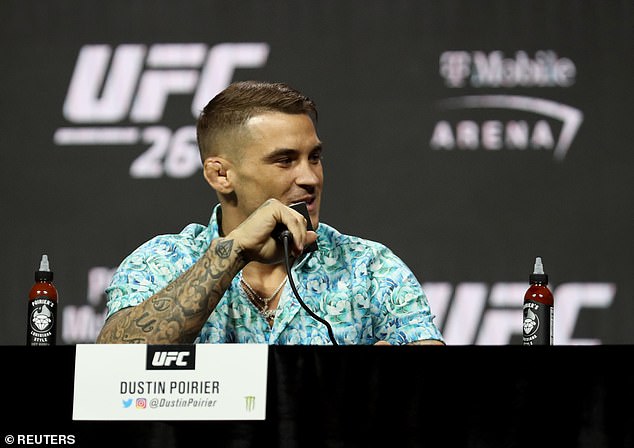 Poirier, though, was left unfazed and won the biggest response from the crowd with a quip 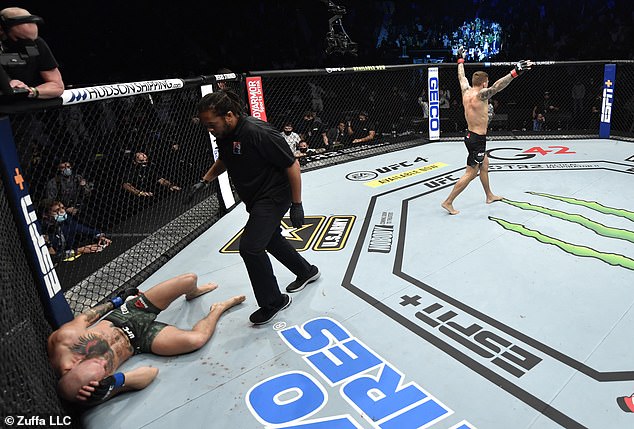 The Irishman stressed that he is looking forwards and is ‘back on the building sites, with a hard hat, a high viz and two hammers in my hands’.

‘I’m going to go through his head,’ McGregor added of Poirier, who he compared to Buster Douglas. ‘Put holes in him and take it off his shoulders. That’s the goal here.

‘He’s done. This is it for him. This is the end of the road.

‘Even after that last fight, “Oh I don’t love this anymore, I don’t love doing this.” He knew what was coming. He knew the smacks he took.

‘So it’s on now. Saturday night, he’s getting walked around that octagon like a dog and put to sleep.’ 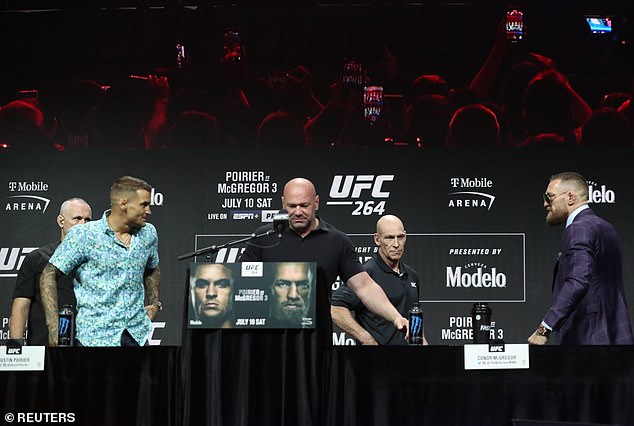 Poirier once again played down McGregor’s remarks, insisting that he has put in the work where the Irishman has let his foot off the gas.

‘He said he is just putting his hammers on, his hard hat… my boots have been strapped for the last 10 years, I have been working my a** off,’ Poirier said.

‘I beat him. It’s a fight. It’s up to you to get prepared. I beat him. What’s his excuse going to be on Saturday is what I want to know.’

McGregor and Poirier ended the press conference by squaring off in front of UFC president Dana White.

The Irishman again attempted to rile Poirier by lashing out with a kick but the American wryly smiled in McGregor’s direction.

HOT OR NOT: Katie Taylor shows a blend of technicality and...

HOT OR NOT: Katie Taylor and Natasha Jonas showed a blend...

Indoor netball returns this week with the sport looking to make...

Conor McGregor slams UFC rivals as ‘the claws came out’ after...