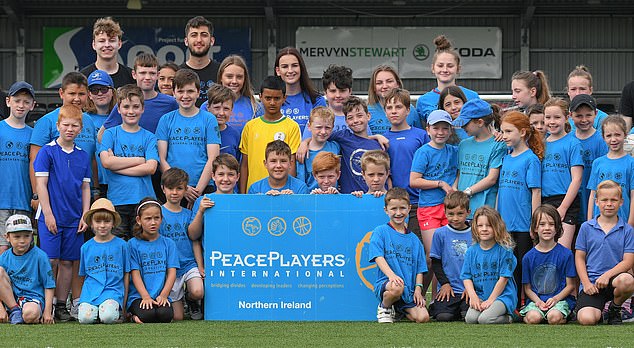 Kids who can play together can learn to live together. That’s the slogan of Peace Players, an organisation designed to build bridges and bring together youngsters across Northern Ireland by playing basketball.

For those under school-leaving age in the country, mixing with children from a different background is very rare. Indeed, as of 2017 figures, 93 per cent of schools in Northern Ireland were segregated.

But through basketball and other means — such as leadership and personal development programmes — Peace Players help bridge those divides.

‘It’s been great — getting to meet all these people from different backgrounds, celebrating the diversity in Northern Ireland.’

Peace Players have four core programmes, each with a different age group and tactic. ‘With those aged nine to 11,’ explains Breslin, ‘we would pair a predominantly Catholic school class with a predominantly Protestant class. We would bring one class to the other school, then the next week do the opposite.

‘Then we go to a neutral venue in the area — with a basketball court — and we deliver a six-to-eight-week programme. Then the next year we do it again. We cover community relation topics.’

They also have a cross-community league and a leadership development programme.

For older ones who have progressed through the age groups, there is a coaches’ development programme for when they reach 16, to give back to their community by coaching younger children.

Statistics show that 91 per cent of participants have interacted with someone from a different background for the first time through the programme. 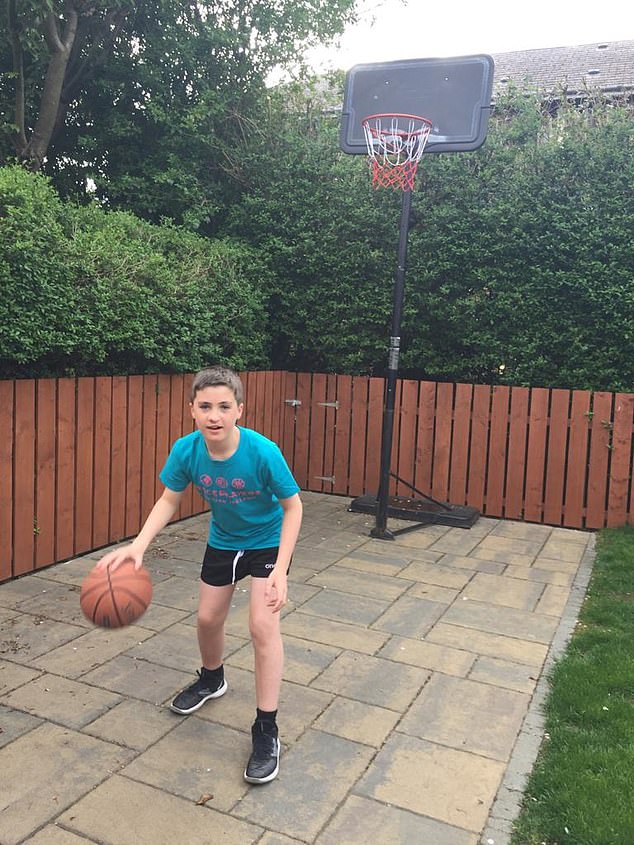 Shea, 13, from East Belfast has got to know Protestants he wouldn’t otherwise have met

It stretches further than Northern Ireland, though it did originate there in 2000 after an American student coaching basketball noticed the sport had the power to unite people. It is now global, also operating in the Middle East, South Africa and Cyprus.

And Breslin says: ‘We do it all under our slogan: kids that can play together can learn to live together. We see friendships develop every day because of our programmes and it’s great to witness.’

Shea got involved originally through his elder brother, Fionn, and joined when he became old enough. ‘It’s been a fantastic experience, it’s been great to be a part of it all this time,’ he says.

‘I’ve met so many new people. I’m trying to sound humble here but Peace Players has definitely developed the basketball side of things magnificently. Obviously Covid has had a big impact but fair play to Peace Players. They have been going the whole way trying to get us active over Zoom.

‘I have not lost touch with people like I may have done in other sports. But now I can’t wait to get back on the courts. We have a competition coming up called Summer Jam between all sides in the city — obviously socially distanced but we are hoping to get that done. It’s super exciting to get back.’

Shea has been influential in the ideas behind Summer Jam. ‘Normally we play in teams and each geo-area of Belfast has different colours,’ adds Breslin, noting different locations have different kits. But now we’re going to ditch the colours and form mixed teams for all of our participants. Shea has been big in that decision.’

With Covid restrictions slowly lifting, the future is bright for the youngsters of Peace Players, both on and off the basketball court.

Shea says: ‘I’ve definitely learned skills from this that I can apply to other things — leadership skills, learning to be a part of a team. It’s all really great. Peace Players more than other sports emphasise teamwork and leadership skills. It’s been a fantastic experience.’

Peace Players have worked with charity Made By Sport, which distributes funding to grassroots clubs working in their local communities. In Northern Ireland, Made By Sport’s Clubs In Crisis fund was one of the most popular to date, with over 160 applications for funding. To find out more visit www.madebysport.com/clubsincrisis

Cristiano Ronaldo enters but is there a new leader in our...