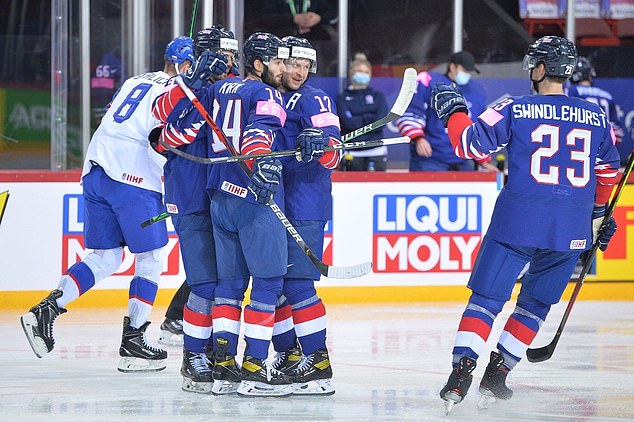 Ben Bowns produced another brilliant display of netminding as Great Britain came agonisingly close to one of their best results of the modern era.

GB may have been beaten 2-1 by Slovakia in their second match in this year’s World Championships on Sunday in Riga but this was the perfect illustration of their improvement as they continue to establish themselves at the highest level of ice hockey.

Bowns, as so often in GB’s rise, was world-class as he repeatedly denied an impressive Slovakia side and made 41 saves in all to take the man-of-the-match award.

And so good was Bowns that even one of the Canadian officials was heard to say ‘give this goalie a contract now’ as the former Cardiff netminder made save after save.

There was also another stand-out performance from 21-year-old GB forward Liam Kirk, who scored his second goal of the tournament and impressed would be suitors around the world as he continues his attempt to secure a future in the NHL.

‘This shows just how far we have come,’ said Bowns, who played for Nottingham in the hastily arranged Elite League series towards the end of this year’s shortened season.

‘We don’t have that doubt anymore. I thought we were absolutely brilliant all-round. It’s been a long year for me and it’s nice to be performing at this speed again. 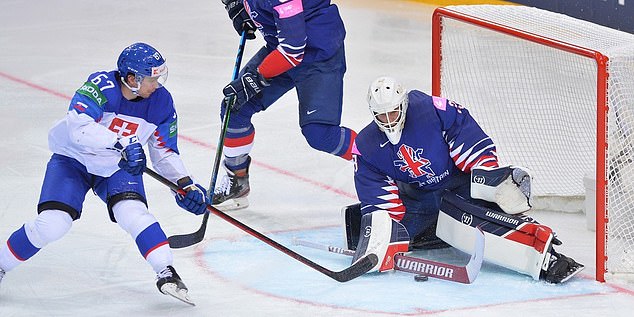 ‘We are frustrated because there was a point for us to win out there at least by taking it into overtime but we will take what we have learned from this into our next matches.’

Britain made the worst possible start when they were caught cold by Slovakia after just 25 seconds, Bowns being unable to do anything to stop Marek Hrivik scoring.

But after that the netminder was absolutely outstanding against a fast and skilful Slovakia side who had won all four previous meetings against GB. And it is a measure of GB’s progress that they lost 7-1 to Slovakia in their last meeting in Kosice two years ago.

GB had left Bowns out of their opening 7-1 defeat by Russia on Saturday to keep him fresh for the more winnable games and here again was the top quality netminding that earned the Yorkshireman a worldwide reputation in the last Championships two years ago. 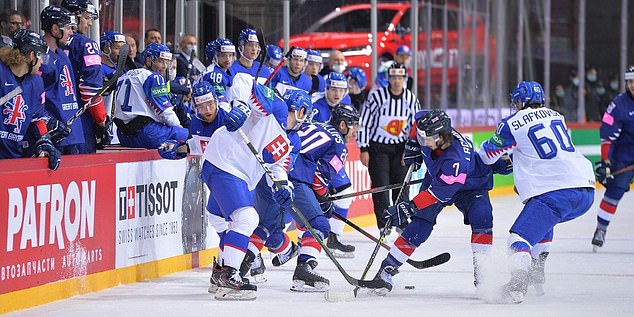 Bowns made 16 saves in the first period, another 16 in the second and nine in the third as GB hung in the game against another of the stronger teams in their group.

And Britain had their moments offensively too, with Kirk again impressing and adding another goal to the power-play effort he recorded against Russia to level the scores early in the second period.

There were also good second period chances for Ben Davies, Brett Perlini and Matthew Myers who were all denied by Slovakian netminder Julius Hudacek, who replaced the injured Branislav Konrad after the first period.

The Slovakian pressure eventually told when Bowns was beaten again towards the end of the second period. Robert Lantosi, who had assisted on Hrivik’s opener, unleashed a brilliant shot into the top corner of the net. It proved to be the match-winner by the Boston Bruins prospect. 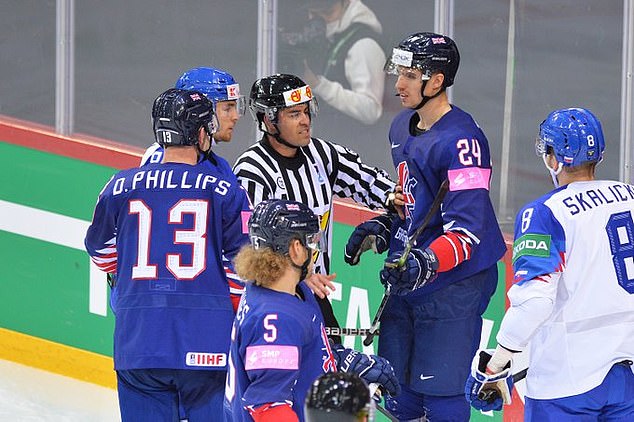 GB gave everything in an evenly contested third period and pressed for an equaliser when they withdrew Bowns for the last 96 seconds to play an extra attacker.

But even though Ben O’Connor had a fierce slap-shot well saved by Hudacek in the closing moments they were unable to score the second goal that would have earned them at least a point.

But GB should take confidence into their next games, against Denmark on Tuesday and Belarus on Wednesday, that represent two of their best chances of earning victories at this rarefied level of the world game.

It was one dinner in Las Vegas where Dana White caught a glimpse of the future. The UFC supremo has been responsible for helping...

Wolves: Pedro Neto ‘set to be out until February after a...