Ovo Streams
Home Other Sports Major League Baseball: Pitcher is ‘conscious and aware’ after being hit by... 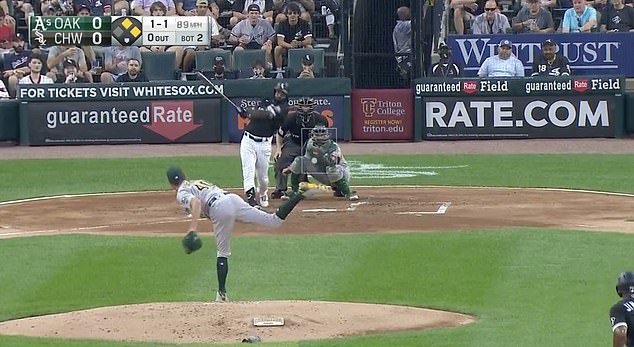 Major League Baseball star Chris Bassitt was struck directly in the face by a line drive travelling at 100mph on Tuesday – but the Oakland A’s pitcher is ‘conscious and aware’ after being taken to hospital.

Bassitt had to be forced off the field during the game against the Chicago White Sox –  which his team went on to lose 9-0 – after the vicious line drive hit by centre fielder Brian Goodwin, and the 32-year-old will require stitches and further scans to determine the extent of his injury.

After launching his pitch, Goodwin smashed the ball clocking in a speed of 100.1mph, but it was sent in the direction of Bassitt and causing him to immediately keel over on the turf. 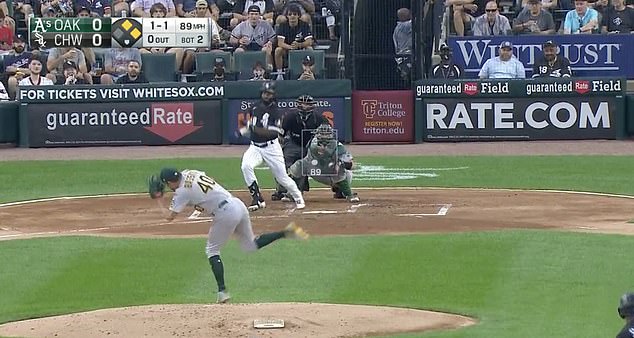 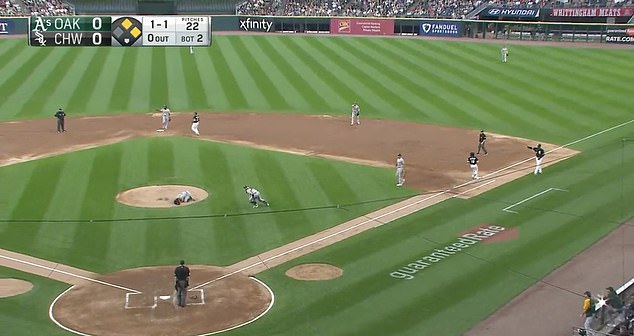 Bassitt immediately keeled over on the ground, with Goodwin going to first base before realising the severity of the situation 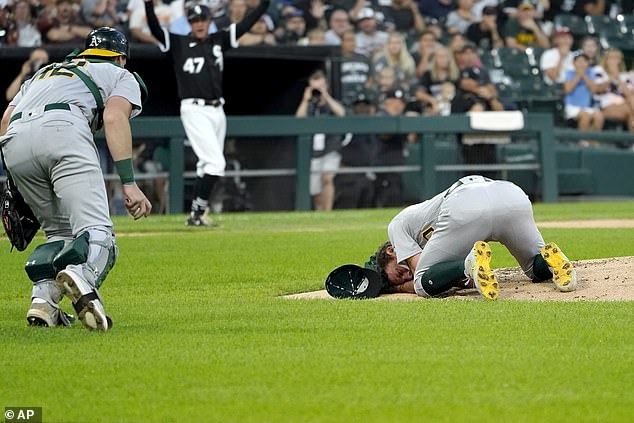 Goodwin began his run to first base before quickly realising what had happened as the fielders ran to his aid. He received treatment on the ground for several minutes before he was taken off using a golf cart and replaced by Burch Smith.

Oakland A’s posted a tweet assuring fans he was fine, writing: ‘Chris Bassitt is conscious and aware, and is on his way to the hospital. We will provide additional information when possible.’

And his manager Bob Melvin insisted he ‘never lost consciousness’ as he addressed concerns about his eye after the game.

‘We don’t think the eye is a problem at this point. It felt like it was below it. He’s got some cuts that [need] some stitches,’ he told ESPN. ‘He’s in a scan and we’ll know more about potential fractures tomorrow.’ 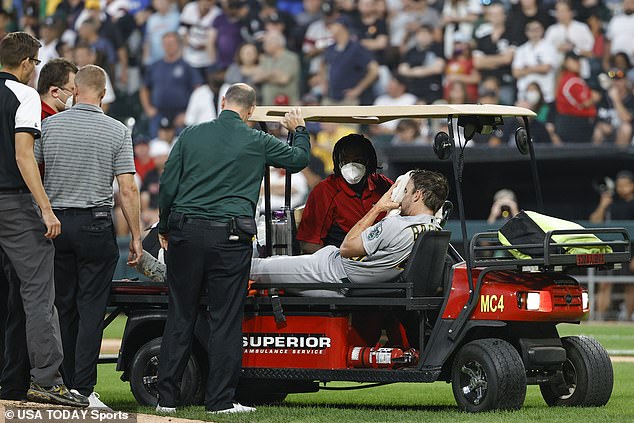 Chris Bassitt is conscious and aware, and is on his way to the hospital. We will provide additional information when possible.

Their opponents the White Sox had also put out a post on social media sending their thoughts to Bassitt, and Goodwin – who did not face the media – chipped in to send his regards to the pitcher.

‘Most definitely, Chris, you are in my prayers for sure brother,’ he said on Twitter.

Chicago may have emerged victorious, but their manager Tony La Russa said the incident left ‘a dark cloud around the game’, while White Sox pitcher Reynaldo Lopez admitted he was left shaked by what he had seen. 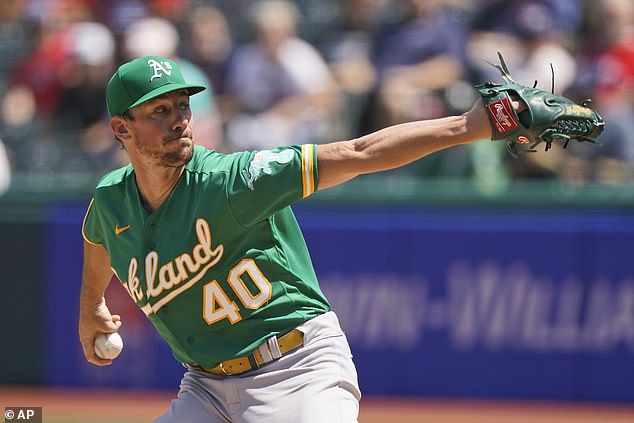 Bassitt ‘never lost consciousness’, his manager said as both sides admitted they were left shaken by the scare on Tuesday night

Their third baseman Jake Lamb added that this was ‘bigger than baseball’.

‘It’s a lot bigger than baseball at that point,’ he said. ‘Anytime you get hit in the head like that, it’s a very scary situation.’

Paddy Pimblett calls on Dana White to give him a home...

'Dana, let's get England back on lad': Paddy Pimblett calls on...