By Christine Rendon For Dailymail.com

They just celebrated their one year anniversary.

And love was in the air for Jordyn Woods and her NBA beau Karl-Anthony Towns on Saturday night.

The reality star, 23, and her boyfriend, 25,Â were the picture of bliss as they left Nobu Malibu, holding hands. 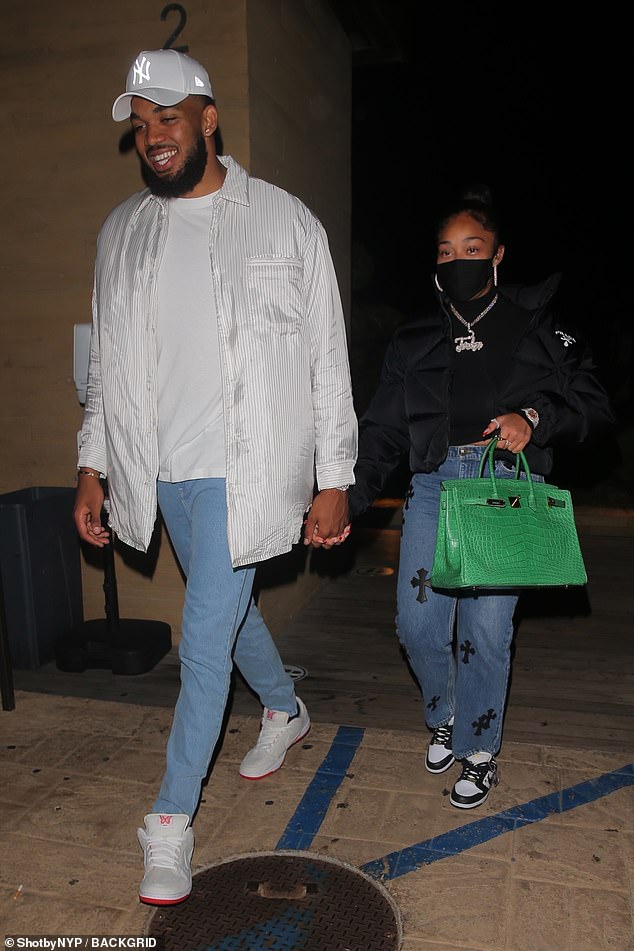 Just the two of us! Jordyn Woods enjoyed a date night with her boyfriend Karl-Anthony Towns at Nobu Malibu on SaturdayÂ

The former BFF of Jordyn Woods remained several steps behind her beau as they left the hotspot with all eyes on them.

Jordyn was a vision of style with her black turtleneck, silver ‘Jordyn’ chain necklace and jeans.

The reality star punched up the glam factor with a $99,995 Birkin bag, given to her by Karl during their recent anniversary.

Slowing the spread of coronavirus, she covered her face with a black mask. 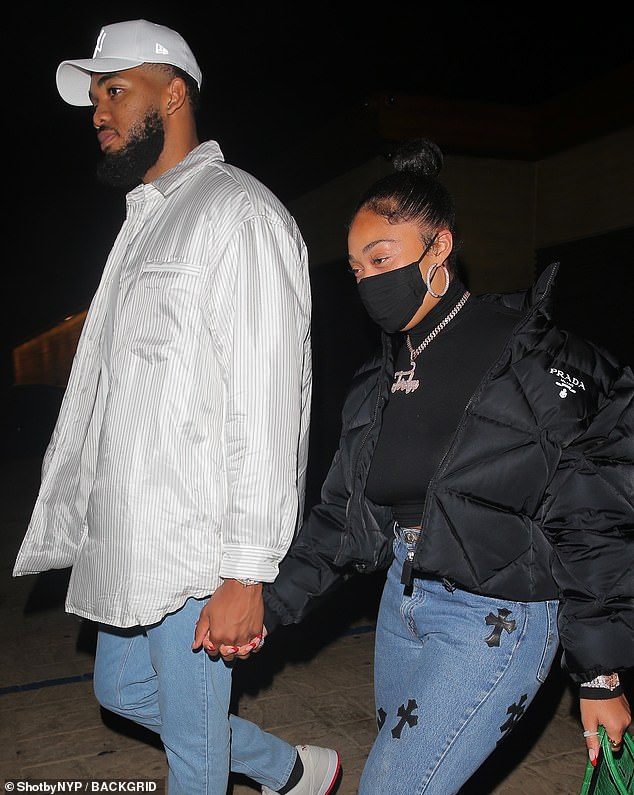 Taking precautions: Slowing the spread of coronavirus, she covered her face with a black mask

The bearded basketball player could not hide his happiness as he left the restaurant with a huge smile on his face.

The outing comes several weeks after the couple celebrated their one year anniversary with a tropical getaway to gorgeous St. Lucia. 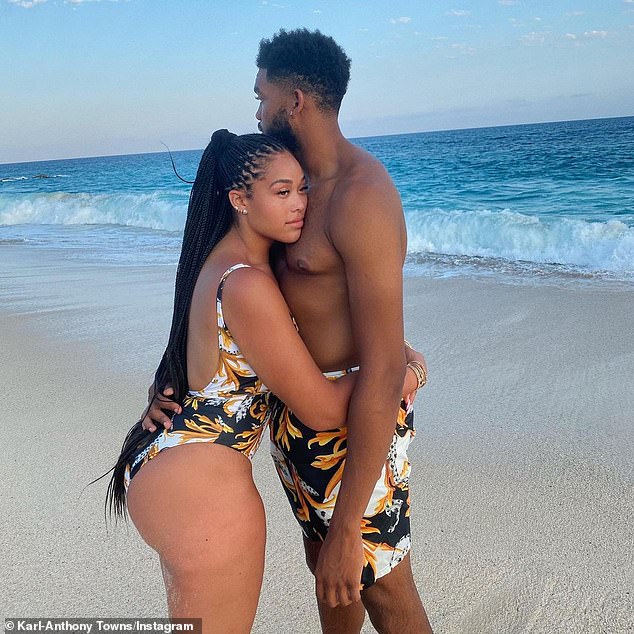 XOXO: Jordyn went Instagram official with Karl with these scenic snaps back in 2020 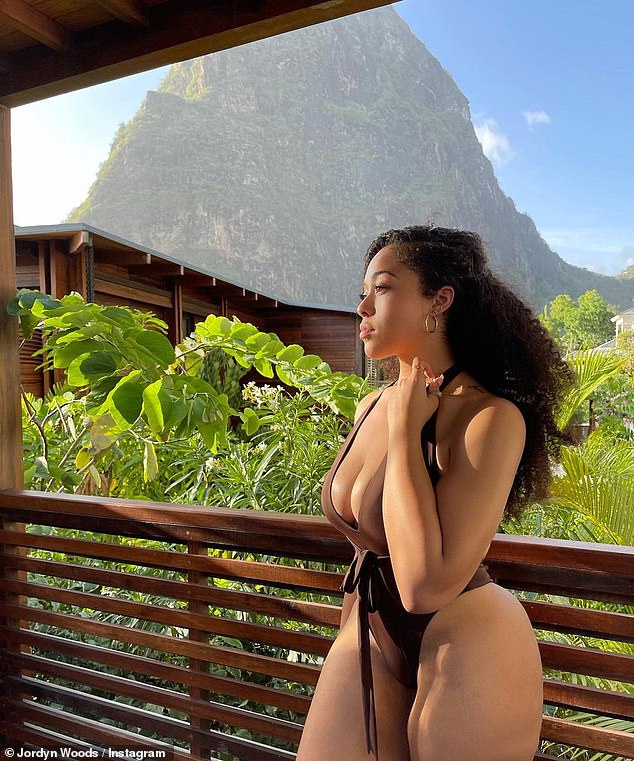 Jordyn posted snippets from the gorgeous getaway to her Instagram account, along with the many surprises given to her by Karl.

‘Pinch me, I’m dreaming,’ the model captioned a slideshow capturing their getaway.

The couple went official with their relationship in September 2020 during Jordyn’s Michael Jordan themed birthday party in Cabo San Lucas.

In March, the Minnesota Timberwolves center, 25, shut down claims he had been unfaithful to his girlfriend after doctored photos showing him conversing with another woman. 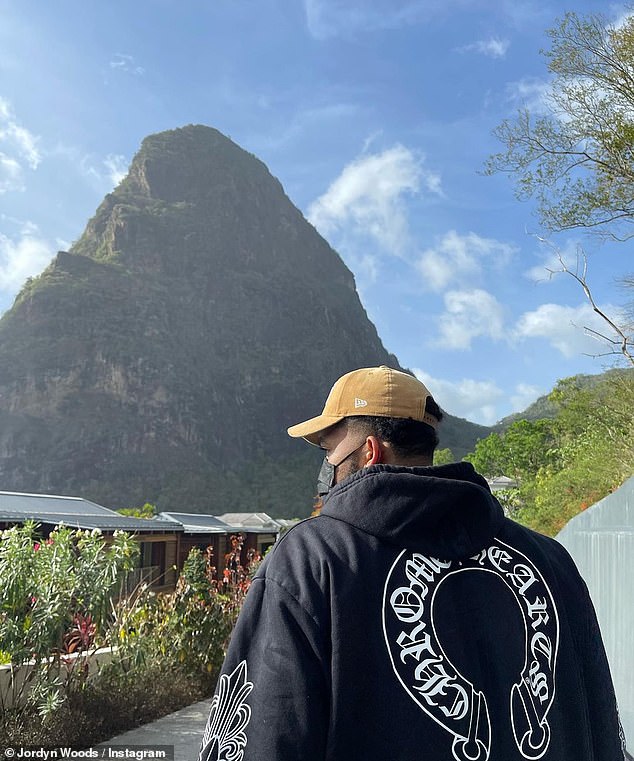 Take me away: Woods posted a series of snaps documenting their luxurious travelsÂ 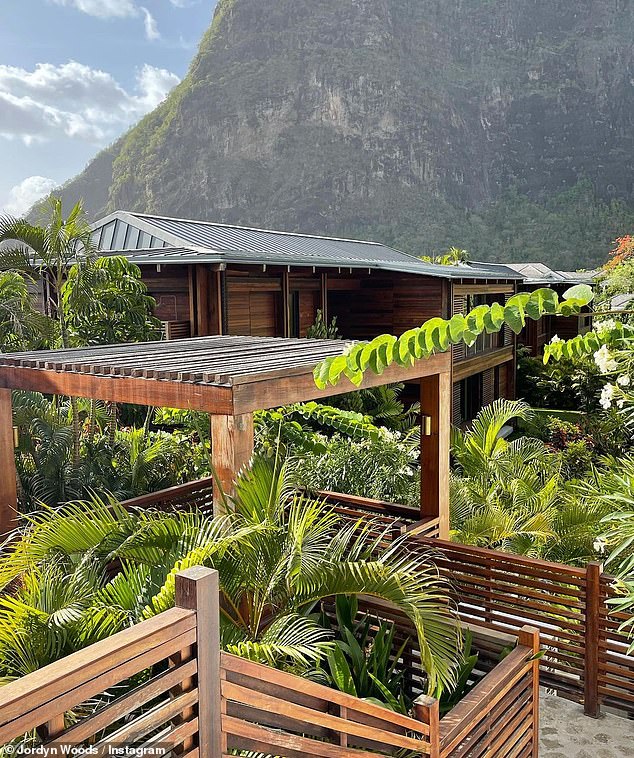 Lush: Woods showed off their gorgeous anniversary settings on her Instagram accountÂ

‘So crazy how someone can make fake screenshots and send it to blogs and y’all believe it. My relationship is more than solid and I put that on everything,’ he wrote on Twitter.Â

Jordyn tweeted: ‘I normally don’t address anything but what you’re not gonna do is play with my mans character,’ she said. ‘And to the person who started this rumor… WE SEEE YOU SIS.. since you wanna be seen SO BAD. God see you too.’

The New Jersey-born NBA star complimented Jordyn in saying, ‘So I got the baddest girl in the game and you think I’m gonna waste my energy with anyone else. gtfoh! Same haters we got now are gonna be the same ones we have when I put that ring on her finger.’

Meanwhile, Jordyn, who ended ties with the Kardashian family after sharing a kiss with Khloe Kardashian’s boyfriend Tristan Thompson in 2019, and her ex-BFF Kylie Jenner were recently accused of bullyingÂ on the set of Tyga’s 2015 music video, Ice Cream Man. 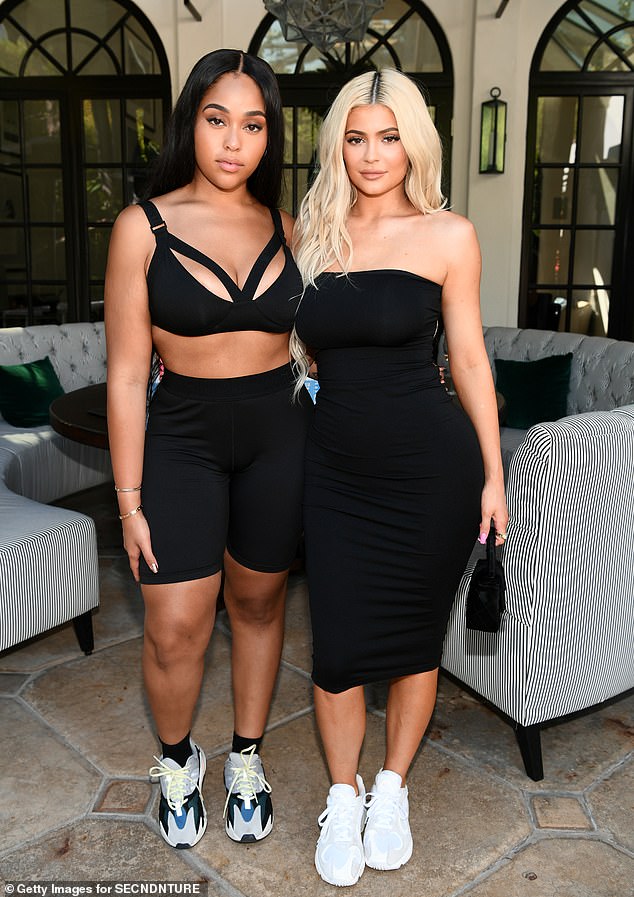 Accusations:Â Meanwhile, Jordyn, who ended ties with the Kardashian family after sharing a kiss with Khloe Kardashian’s boyfriend Tristan Thompson in 2019, and her ex-BFF Kylie Jenner were recently accused of bullying on the set of Tyga’s 2015 music video, Ice Cream Man

UFC president Dana White had a lot to say after another exciting night of Dana Whiteâ€™s Contender Series.It was another eventful Tuesday...