Ovo Streams
Home Other Sports Great Britain given painful lesson to start off their 2021 Ice Hockey... 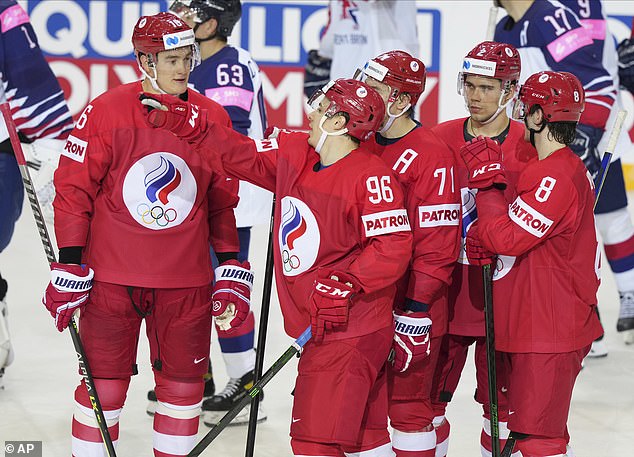 Great Britain were handed the toughest of starts to their World Championships campaign on Saturday when they were comprehensively defeated 7-1 by No 2 seeds Russia.

Russia, packed with world-class players from NHL and KHL clubs, were always likely to be far too strong for a GB side still establishing themselves at the highest level of the world game after their promotion to the top flight in 2019.

And it looked as though GB, playing against the Russians for only the second time in their history, were going to be embarrassed in Riga when they conceded four early goals in the first period. 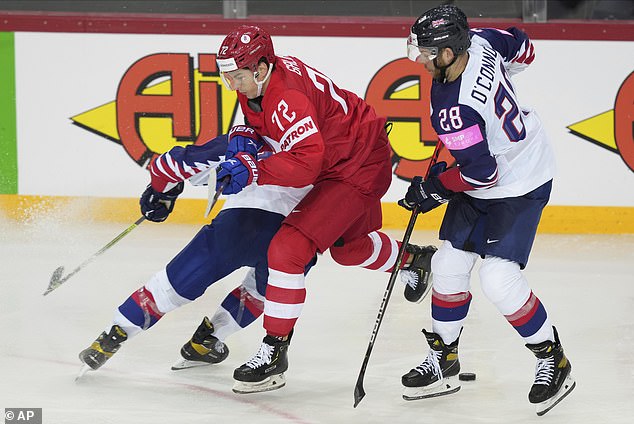 Packed with National Hockey League stars, Russia are a tough competitor as the No 2 seed

But once Liam Kirk, the first English born and trained player to be drafted by an NHL club, got Britain on the scoresheet before the first interval by finishing off a power-play move involving Robert Dowd and Brendan Connolly, the match was more evenly contested.

Britain only conceded another three goals in the last two periods of the Group A game as they at least improved on their only other match against Russia, a 12-3 defeat on their previous World Championships appearance at the highest level in Italy in 1994.

And it might have been better had GB not run into penalty trouble, with the officials handing Russia a number of power-plays for what seemed trivial offences.

‘It was always going to be tough and we just wanted to compete for 60 minutes,’ said Kirk, who was back last season with his native Sheffield. ‘We took way too many penalties and that cost us. But this was our first game together and we can build on this.’ 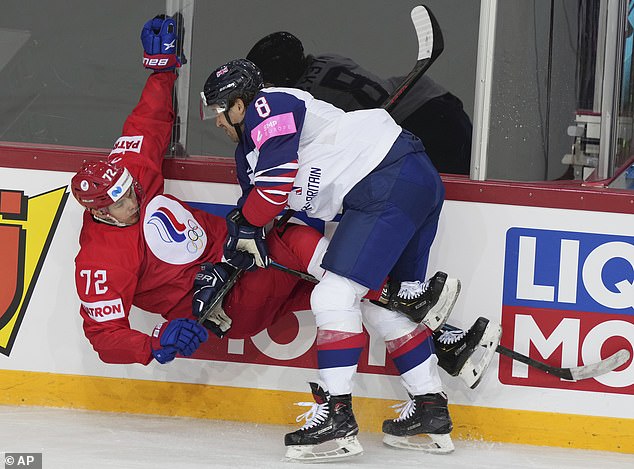 GB sprang a surprise when they left out their outstanding netminder Ben Bowns for tactical reasons, with more winnable games to come. But his deputy Jackson Whistle excelled in a man of the match winning performance and did everything he could to keep the scoreline respectable.

Whistle grew into the game the more it went on after Russia’s initial four-goal burst and stopped 35 shots as GB showed considerable defensive determination in the face of a fast and classy attack. In contrast GB had just 11 shots on goal in the game.

This was always going to be a fierce examination of the quality of a GB side who retained their top flight status in thrilling fashion in Slovakia two years ago when they came back from three down to defeat France 4-3 in a relegation decider.

The domestic season was severely affected by Covid and the bulk of GB’s players had just the 12-game Elite League series as preparation for taking on players who have spent the whole campaign in the two best ice hockey leagues in the world.

And GB suffered a late setback when coach Pete Russell, the man behind their rapid promotion from the third flight to the top level in successive years, was unable to travel to the Latvia tournament for family reasons. 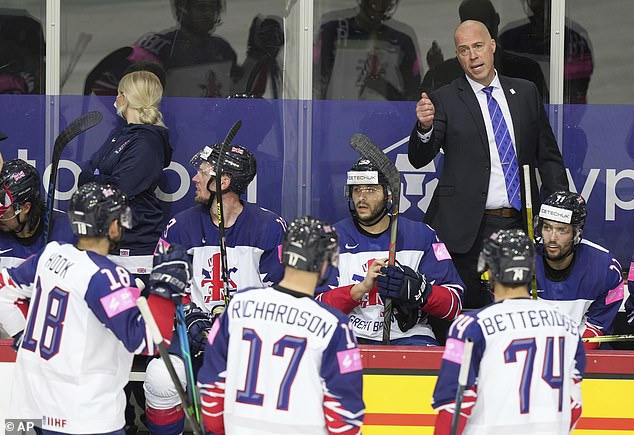 In his absence assistant coaches Corey Neilson and Adam Keefe were behind the British bench and they will have been encouraged by the way a rusty GB recovered from a one-sided opening salvo.

Kirk, 21, scored a terrific first senior goal at international level and would have impressed Arizona Coyotes, who drafted him in 2018 and will have a big say on where he plays next season after his stint at junior level in North America was curtailed by Covid.

And the 6ft 6in defenceman Josh Tetlow had an impressive full debut against some of the best forwards he is ever likely to face however long he plays for GB.

Britain have little rest before they are back in action on Sunday morning when a fresh Bowns is expected to make his 50th appearance for his country against Slovakia.

Lewis Hamilton claims Max Verstappen will get an ‘easy win’ in...