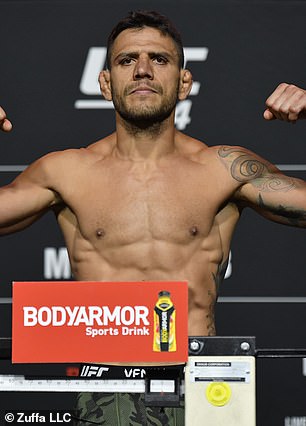 Conor McGregor was involved in a verbal altercation with fellow UFC star Rafael dos Anjos, with the Brazilian branding him a ‘snake’ afterwards.

Dos Anjos, 36, weighed in on Friday as an insurance policy against McGregor or Dustin Poirier in the event either had suffered an injury ahead of their trilogy fight on Saturday night at UFC 264.

All three lightweights weighed in at 156lb and Dos Anjos’ services are therefore extremely unlikely to be required, but that did not stop him from exchanging words backstage with McGregor. 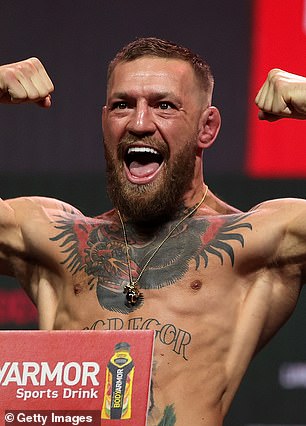 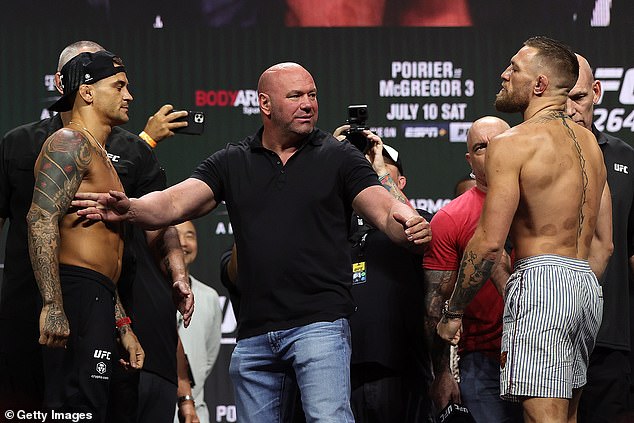 After a number of expletives – where both appear to say ‘f*** you’ – McGregor can be heard telling dos Anjos in footage released by BT Sport: ‘You bottled it mate. Don’t ever forget it, you little rat.’

After security staff had separated the duo and taken them into different rooms, dos Anjos tells the camera: ‘Whenever he wants, we can fight here. I don’t f****** care.

Dos Anjos then later tweeted: ‘Conor, you’re such a snake, sneaking from behind and playing tough. Soon (sic) or later, we will finish business. I’m not like the guys you play around with. 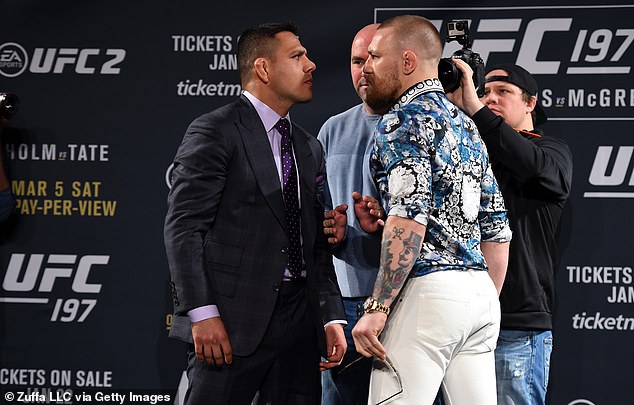 Dos Anjos and McGregor were meant to fight at UFC 196 before the former was forced to withdraw from the fight.

McGregor instead faced and lost to Nate Diaz, who stepped in at the last moment for the injured Dos Anjos.

And while ‘The Notorious’ claimed his revenge on Diaz five months later, the fight against Dos Anjos never took place because of his defeat by Eddie Alvarez, leading him to surrender his belt and meaning there was no way of then facing McGregor.

The war of words has continued ever since, with McGregor saying before he fought Diaz for a second time: ‘Realistically I should be a two-weight UFC world champion.

‘If I fought Rafael dos Anjos, if he didn’t p**** out of that last one and showed up, the shots I cracked Nate with in the first eight minutes would have KO’d Rafael dos Anjos stiff. 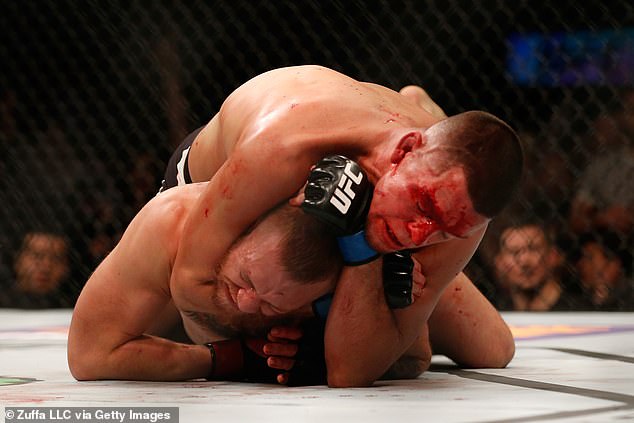 McGregor instead faced and lost to Nate Diaz, who stepped in at the last moment

‘That’s no question. I would be sitting here right now as a two-weight world champion, but I don’t dwell on that.’

Dos Anjos hit back, stating: ‘If you had fought me you wouldn’t be two-division champ, you would be dead. Look what a out-of-shape Diaz did to you.’

The pair then traded insults again this week when it had emerged that Dos Anjos would be the replacement opponent as McGregor bids to avenge his defeat by Poirier in January.

‘Put Dos Anjos in at the same time,’ McGregor tweeted. Dos Anjos then replied by asking why he was tweeting so early in the morning, saying: ‘Alcoholic [sic] hallucinosis from drinking cheap whiskey until 3:39am.’

Is Conor McGregor finished in the UFC? That’s the question many have been asking...

MMA fight was stopped because a giant moth invaded the cage...

Euro 2020: Guide to European Championship host cities and their venues