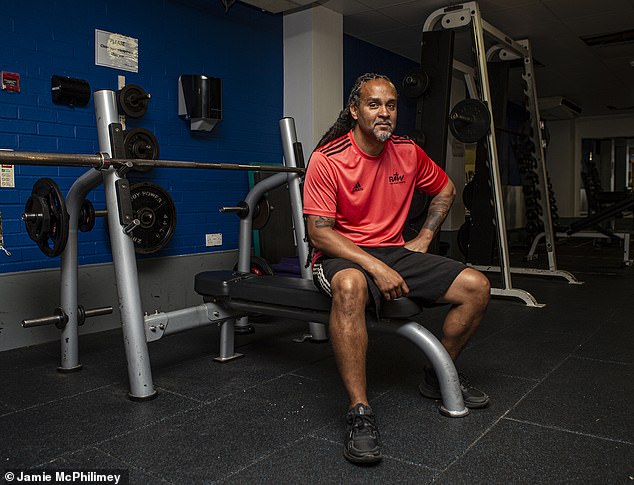 Sport is often seen as a hobby but, for some, it can also be a way of escape or a means of bettering one’s life prospects.

That is the attitude of Roddy Slater, a former international sprinter for Scotland who has 25 years’ experience as a sport coach and mentor.

The 48-year-old splits his time at the athletics track with mentoring youngsters to try to assist them with mental health issues, disabilities and vulnerabilities. 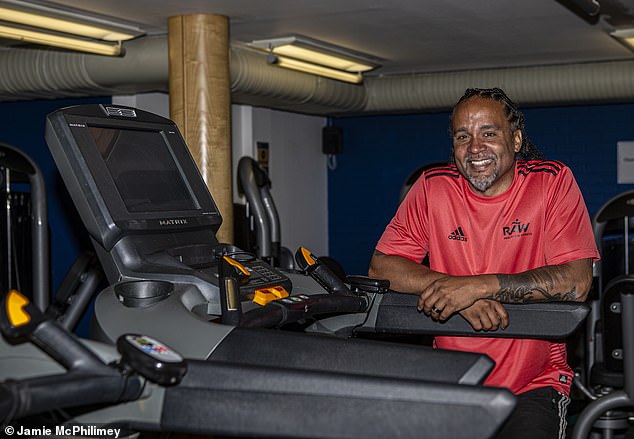 He has been nominated for a ‘UK Coaching Hero’ award for his work — during the pandemic especially — and his ability to empower, develop and support vulnerable children via sport.

‘A kid will be referred to us and we will try to get an understanding of their background and thought process,’ Slater tells Sportsmail. ‘Once we understand that we will try to channel their skills to realign and motivate them.

‘If you are doing a plyometric jump (standing jump) on to a box, when I first put it there, the young person will jump on it — no problem. When I make it higher, you can see the change on their faces.

‘That’s when my coaching work comes in and I think, “Right, what are you thinking now? What is your resistance to making that jump?”.

‘And then I talk and guide them through and after a few attempts they make the jump. I then relate that to the reality of life. In life there are days when you think you can’t do things and can’t achieve anything, and you have an anxiety that looms over you. But if you keep trying and try different ways, thinking of what instructions your teachers or parents give you, then you can achieve that. So we use the skills in the sporting world to support them towards achievements in real life.’ 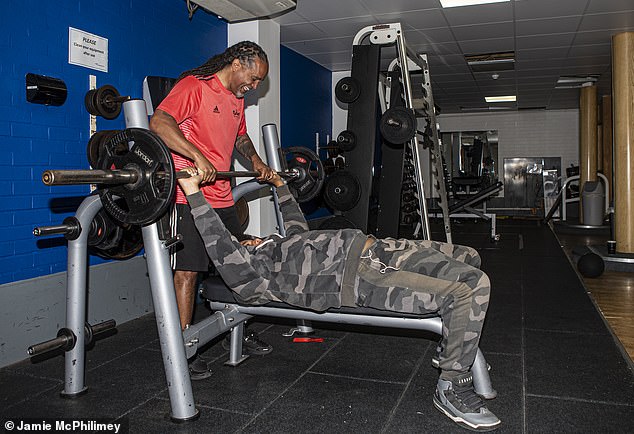 Slater was born in Montreal but was an international athlete for Scotland and has also done some football management, coaching Henley Town FC. ‘I know I might not look it but I am of Scottish heritage,’ he jokes, noting his St Lucian roots.

His latest location is Reading, where he set up his Raw Mentoring coaching and mentoring business after work in a pupil referral unit alerted him to a gap in the market to work with vulnerable children in a sporting context.

‘One of my clients told me — and this touches me and makes me emotional — that I made him a better person and a more capable person,’ says Slater. ‘That’s what I am here for. If I can help someone to feel better about themselves and do better, that’s my job done.

‘I had one girl who was at risk of being kicked out of school. I went in and met the school and tried to understand why she was struggling and what anxieties were presenting themselves.

Humbled & Honoured to be shortlisted for the @_UKCoaching hero award 🙏🏾❤️💛💚

I love my work, team, young people & athletes I have the pleasure of working with. Thank you to my daughter & wife for sharing my time & everyone for being part of this ongoing journey.#ukcoaching pic.twitter.com/GQJFKizyGY

‘This was a child who was really anxious and struggling to deal with her emotions going into her GCSE exam year.

‘We got into the nitty gritty to give her the opportunity to discuss and understand how to put things into achievable targets. Instead of a whole term of work, we broke it down into a day of work or an hour of work.

‘To say that she stayed in school, she achieved all her GCSEs, that’s my job done. I don’t want a pat on the back, I don’t like the praise.

‘When all this came to the forefront (with the award nomination), I am honoured and humbled by it but I am embarrassed. All I want to do is help the next kid and move on. But to see her do her exams meant everything to me. She was getting kicked out of school a year and a half ago!’ 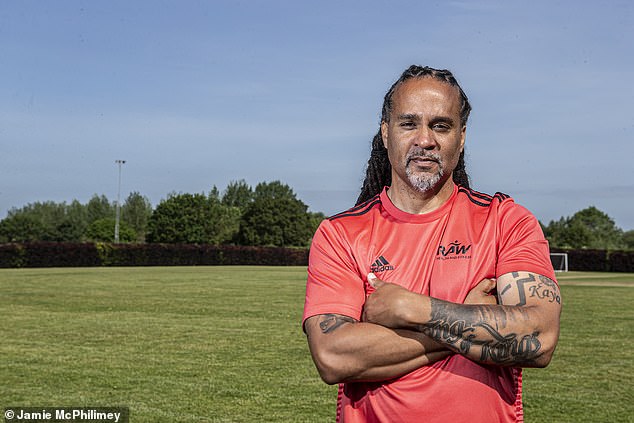 Although Covid had a profound impact on the sessions, the mentoring was not majorly affected due to the fact it is work with vulnerable children.

‘We were able to give them a home to come to every day, a gym to train in because they were vulnerable,’ adds Slater. ‘We saw the strain on their mental health —their communication and interaction levels went down.

‘But we gave them a safe place to come with continuity with me and my team — who were excellent. My team have their own lives at home but they came here every day and gave their all for these kids.

‘To give them that variety — the stimulus in their mind and body — was important. In the evenings, I was putting on Zoom classes for my athletes, rowers and football teams. And then we added Q and A sessions just to get them socialising and interacting. We made the rule that every single person on the call had to ask two questions to the host.

‘That drew them out — they had to think and deal with their anxieties, while having to talk to adults and reflect on what the adult was saying. 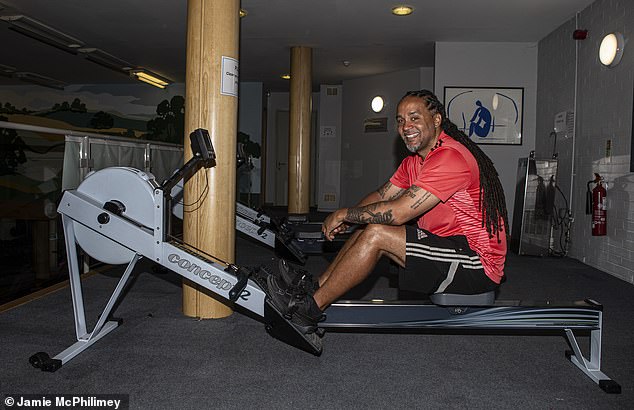 ‘We did the sessions for six weeks straight with a different guest each week. The difference in the young people even in the second session was huge. To see them be able to talk to the host and chat freely was great.’

Slater says next on his list is to grow the mentoring side of the business. ‘We are starting to bring in young people that are going to college or university,’ he says.

‘We want to expand to give them a home to go to. A lot of our work finishes at age 16 — I am very keen for that not to be the end.

‘We want to support you down the path so you can become valuable members of society. Young people over the last two years have had a very new experience so they are going off to universities without the correct support for them.

‘It’s hard to go into that environment where you missed that last four months of your learning and then have to go and learn by yourself.

‘They don’t spoonfeed you at university. Get the young people accountable for each other and that can start to change the script of young people in today’s world.’

Roddy Slater is one of 75 coaches shortlisted for the UK Coaching Hero Awards, from nearly 500 public nominations. To find out more, visit www.ukcoaching.org.

NBA legend Dominique Wilkins has opened up for the first time about the shocking moment he was turned away from an upscale Atlanta...

Euro 2020: Cesar Azpilicueta in line to make first start for...

Vanessa Bryant enjoys a day with her children at Knott’s Berry...