Ovo Streams
Home Other Sports Mark Cavendish will return to the Tour de France for the first... 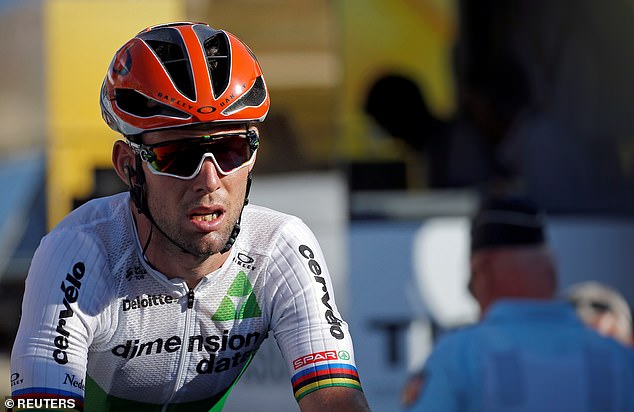 Mark Cavendish will return to the Tour de France for the first time since 2018 this summer as his resurgence continues.

The 36-year-old was named in Deceuninck-QuickStep’s eight-man squad for the race which begins on Saturday as injury ruled out fellow sprinter Sam Bennett, leaving the Irishman unable to defend the green jersey he won last year.

It means Cavendish, whose 30 career Tour stage wins are second only to Eddy Merckx’s 34, gets a chance to return to the race in which he proved himself the finest sprinter of his generation.

‘I am delighted to be going back to the Tour de France with Deceuninck-QuickStep,’ Cavendish said.

‘Obviously, the circumstances with Sam could be better – he had a special Tour last year and I am sad for him not being able to defend his green jersey. But at the same time, I am excited to be going back to a race that I have such an affinity with and where I have so much history.

‘It is the biggest bike race in the world, and I am going to do all I can to grab this opportunity with both hands.’ 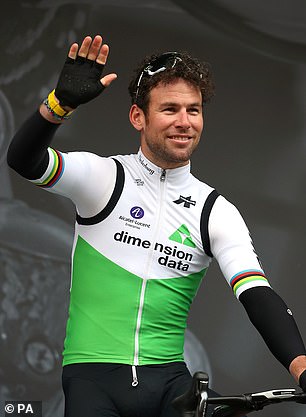 Cavendish claimed the last of his Tour victories in 2016, when he won four stages and wore the yellow jersey after the opening stage before leaving the race early to head to the Rio Olympics.

He was forced out of the 2017 edition when he crashed with Peter Sagan on stage four at the beginning of a period when the Manxman was dogged by both injury and illness, suffering with the Epstein-Barr virus.

Cavendish was controversially left out of Team Dimension Data’s squad for the 2019 Tour, sparking a breakdown in relations with the team, then missed the cut with Bahrain-McLaren last year as disruption to the calendar amid the pandemic hampered his form.

But having feared his career was coming to an end in the winter, Cavendish has enjoyed a return to form after rejoining Deceuninck-QuickStep, winning four stages of the Tour of Turkey in April and the final stage of the Belgium Tour earlier this month.

Cavendish had raced in Belgium as a result of Bennett’s injuries, which have proved worse than first thought.

The Irishman provided one of the best storylines in last year’s Tour, winning two stages – his first in the race – before surprisingly beating Sagan to green to end the Slovakian’s long run of dominance in the points classification. 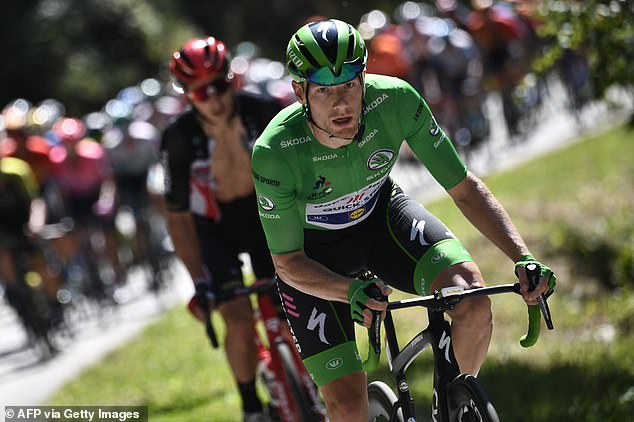 ‘Needless to say, I’m very disappointed to not be able to defend my green jersey at this year’s Tour de France,’ said Bennett, who appears poised to leave the team at the end of the season.

‘I had a very minor incident during training a couple of weeks ago, which affected my knee. While the injury I sustained is very short-term, it impacted my training for the biggest bike race in the world all too much and left me without enough time to be race fit.

‘Le Tour deserves me at my best and it would do my team, and myself, an injustice to race in my current condition. I wish the whole Wolfpack a successful three weeks on the roads of France.’

Deceuninck-QuickStep have not won fewer than three stages of a Tour since 2016, and will once again take a powerful squad to the race – headed by world champion Julian Alaphilippe and Tour of Flanders winner Kasper Asgreen.

When Willian arrived for Arsenal's pre-season friendly with Hibernian carrying what appeared to be evidence of a good summer around his waist, the...

Colombian cyclist Egan Bernal is chased up a climb by two...

Andrew Bogut weighs in on Liz Cambage allegations as she ‘got...

Dwyane Wade gets emotional while paying his respects to the victims...