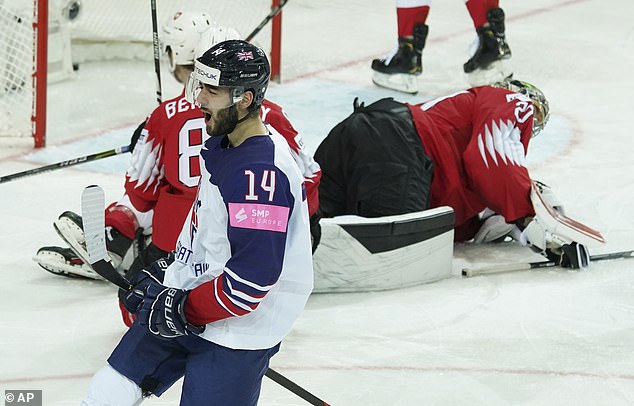 Liam Kirk looks destined for a move to one of the biggest ice hockey leagues in the world after completing the World Championships in spectacular fashion.

Great Britain may have lost 6-3 to Switzerland in their final Group A match in Riga on Tuesday but Kirk scored two more goals to reach seven and become the leading scorer after the first round of the biggest tournament in the world game.

And that is quite remarkable for a 21-year-old from Sheffield when there are so many world-class talents from the NHL, KHL and SHL on display in Latvia.

Despite Great Britain going down 6-3, Liam Kirk starred once more against Switzerland 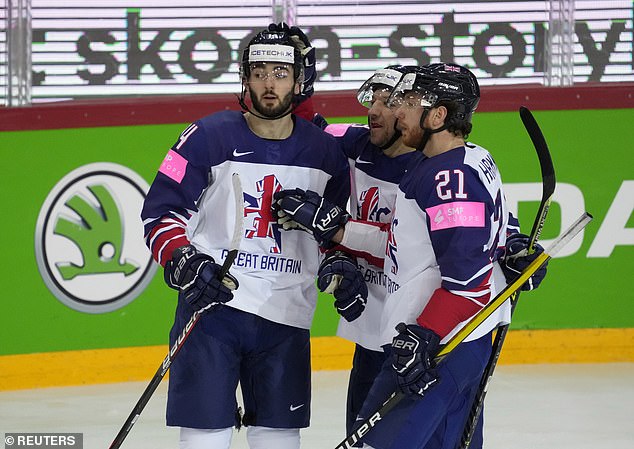 Kirk became the first English born and trained player to be drafted by an NHL club when Arizona Coyotes selected him in 2018.

But it is only now, after two years spent with the Peterborough Petes in junior hockey in the Ontario League, that he is truly blossoming and showing why he has attracted attention from one of the big fish of the NHL.

Covid forced Kirk to return to play for Sheffield Steelers in the hastily arranged Elite League series this past season but it is highly unlikely he will be featuring for his home town club again any time soon.

Kirk has been outstanding in Latvia and will now have to think long and hard about where next to progress his career.

It is unlikely he will be considered ready for the NHL just yet but could now be signed by Arizona to an entry level contract. And that could initially earn a place at the next level down in North America in the AHL.

There has also been talk about a move to Sweden where Kirk’s relative lack of size may be better suited among the fast and skilful top European players. 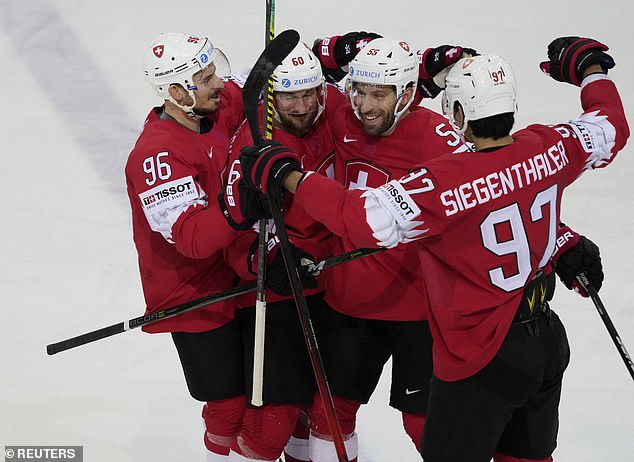 That for now can wait as GB reflect on a highly productive second tournament back at the highest level of the game after a 25-year absence.

GB exceeded all expectations, perhaps apart from their own, in recording four points in Riga with an historic win over Belarus and an overtime defeat by Denmark. Significantly, they have always competed against the biggest nations in the world and scored at least one goal in every game.

And that is to their huge credit considering most of their players only had a 12-game domestic season for preparation because of Covid and GB had no exhibition games at all ahead of this tournament.

They were also handicapped by the absence of their coach Pete Russell, who has been attempting to lead the side from home in Scotland after pulling out of the tournament for personal reasons.

In Russell’s absence his assistant coaches Adam Keefe and Corey Neilson have been behind the bench and they will be well satisfied with their side’s efforts.

And with no relegation this year because of the extraordinary circumstances GB always knew they would be guaranteed competing in next year’s tournament in Finland whatever happened in Latvia. 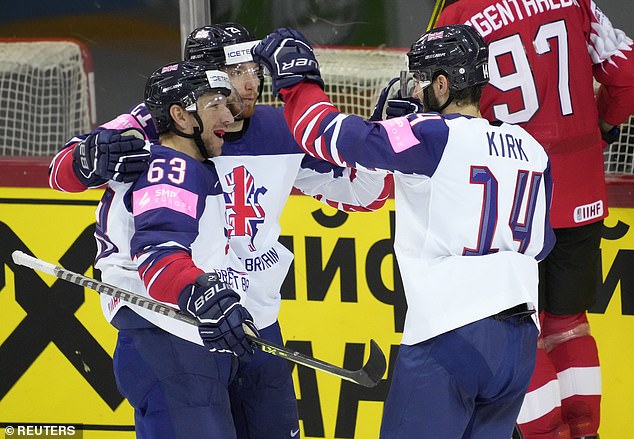 Great Britain have exceeded all expectations in recording four points in Riga, Latvia

Switzerland, competing for top spot in Group A, were another side packed with NHL talents and simply proved too strong for GB in their seventh game in a week and a half.

But GB again competed and were level at 2-2 when Kirk scored two more impressive goals, the first a perfect wrist-shot past Reto Berra and the second with a goal-scorer’s instinct on the power-play.

Switzerland turned up the heat with four unanswered goals in the second period and from then on there was no way back for GB even though they finished with a strong third period performance, Brendan Connolly scoring a third goal with an assist from, who else, but Kirk.

For once the score does not really matter. This has been a significant tournament for GB, who are a much-improved side from the one that avoided relegation in thrilling fashion in Slovakia two years ago with a last-day defeat of France.

And it is a side who, in Kirk, have a role model who could go all the way to the top and inspire the next generation in a growing sport in the UK.

Vanessa Bryant enjoys a day with her children at Knott’s Berry...

Vanessa Bryant enjoys a day with her children at Knott's Berry...

Hamilton try’s to figure out what’s wrong with his Mercedes after...