Ovo Streams
Home Other Sports Ice Hockey: GB hold out for one of their biggest wins ever... 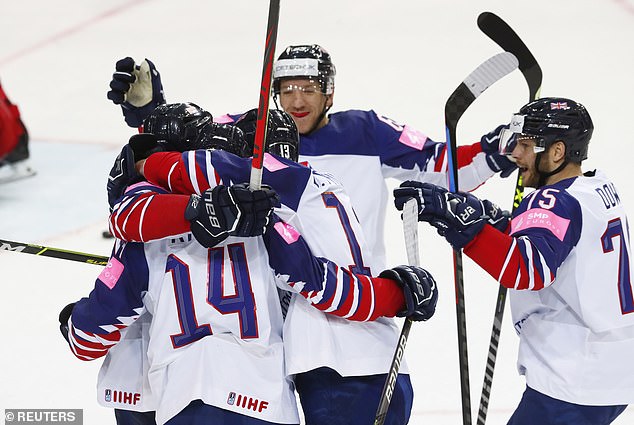 Great Britain pulled off one of the greatest results in their ice hockey history when they held on for a thrilling 4-3 World Championship victory over Belarus in Riga.

Liam Kirk, rapidly developing into a player of the highest calibre, was outstanding with another two goals as GB upset the odds to just about hold on against a Belarussian side packed with world-class players.

It looked as though GB, who went into the game with one point from their opening three games of this Latvia tournament, were coasting to an historic victory when Mike Hammond gave them a 4-1 lead in the third period. 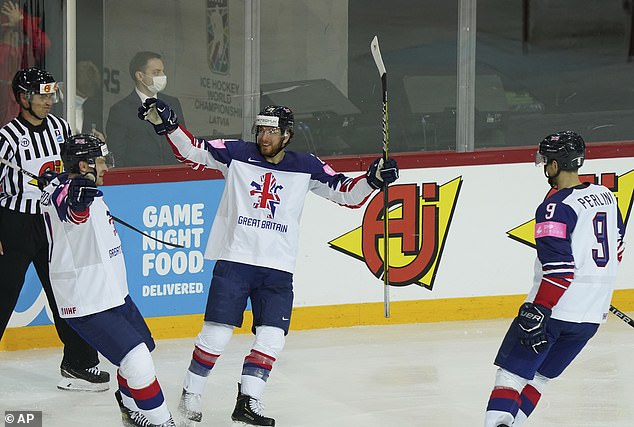 But Belarus showed their class when they battled back to a single goal deficit through goals from two of the Canadian dual-national players who have committed their international future to Belarus in Geoff Platt and Shane Prince.

Even though Belarus then threw everything at Ben Bowns, GB’s brilliant netminder, in a nail-biting finish, GB held on for what is arguably their best result since a very different British side won the Olympic gold medal in 1936.

And at the centre of it was 21-year-old Kirk, who now stands equal top of the World Championships goalscoring charts with four strikes in four games to lead his side to a highly credible fifth place in the Group A table. 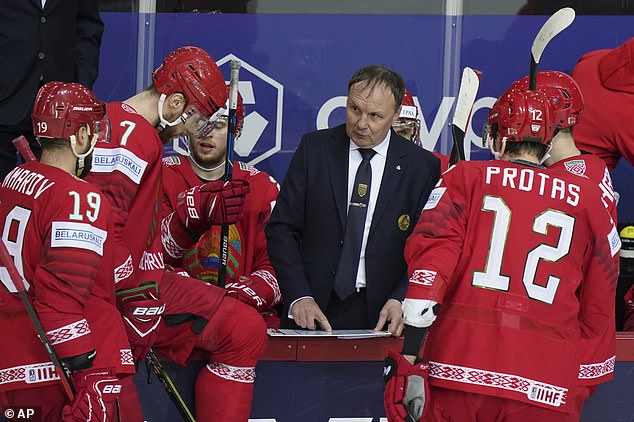 The contrast between these sides was perfectly illustrated by their experience. Belarus boasted more than 500 NHL and 5,000 KHL appearances between them but none of the GB players have ever appeared in any of the top leagues in North America or Europe.

That looks sure to end after this tournament, with Kirk for one destined for elevation to one of Europe’s top leagues at least in his quest to reach the NHL.

Kirk, the first English born and trained player to be drafted by an NHL club in Arizona Coyotes, had scored two goals in GB’s opening three matches and now he opened the scoring as GB more than held their own against a much higher ranked team.

It was a composed finish, too, past Plymouth-born goalie Danny Taylor, who qualified for Belarus this year through his stint with Dinamo Minsk after making his life in Canada. 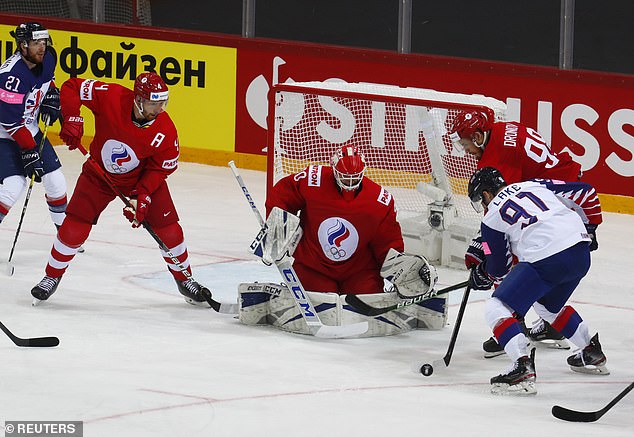 Liam Kirk scored twice to ensure a successful day for Britain, one of their best ever

Belarus forced their way back through an equaliser by Vladislav Kodola. But with Bowns, another player seemingly destined for a move to the higher echelons of the game, again excelling in goal, Britain were quick to return to the front foot.

GB felt they had taken the lead through Ben O’Connor but were denied by a premature whistle by the referee, much to the frustration of GB co-coach Corey Neilson, leading the side with Adam Keefe in the absence of head coach Pete Russell for personal reasons.

But GB were not to be denied and Welshman Ben Davies, the hero of the sudden death victory over France two years ago in Slovakia that kept them in the highest division, found a way past Taylor after good work by Matthew Myers.

And Britain were in dreamland when Yorkshireman Kirk found the net again with a brilliant wrist shot past Taylor to give his side a two-goal advantage at the second break. 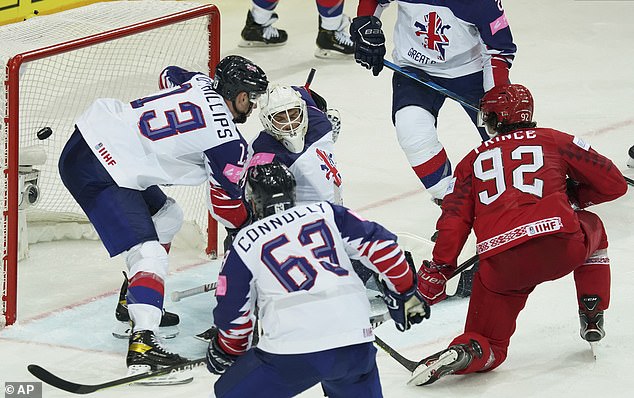 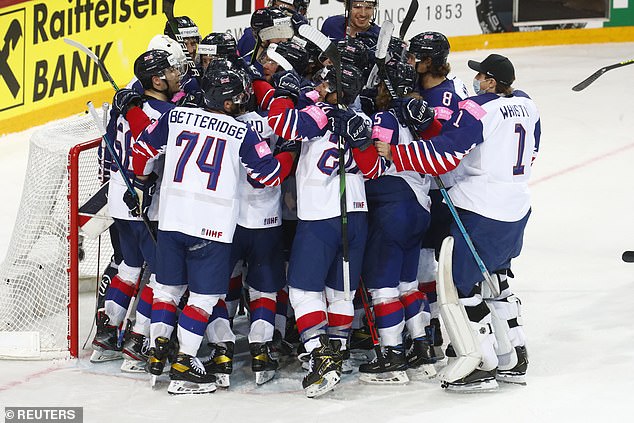 It became four when Hammond extended GB’s lead but Belarus were given hope when Platt and Prince found a way past Bowns in quick succession. It ws not quite enough.

‘It feels fantastic,’ said GB forward Davies afterwards. ‘We all bought in to do what we needed to do to get this win. We were disappointed to lose in overtime against Denmark but this makes up for it.

’It was just a superb effort right through the line-up. Bowns stood on his head again and we’re so excited about this. We’re just trying to do the right thing and will carry on testing ourselves.’

The journey continues on Friday against an even stronger side in Sweden but GB are improving in every game and few would bet against them at least giving the Swedes, who have just one win from their opening three games, a run for their money.

Indigenous NBA star billed as Outback Shaq for his similarities to...

Boxer Nikki Bascome: ‘I Will Give It My Best’