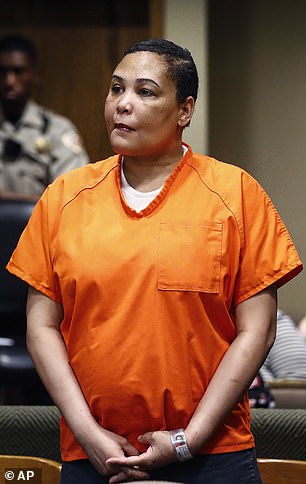 A woman who admitted murdering her NBA star ex-husband has now claimed she was bullied into making the confession for fear of her children’s lives.

His bullet-riddled body was found in a field in Memphis in 2010, just one year after he retired following a 13-year career playing for multiple NBA teams.

The case went unsolved until 2017, when she was arrested along with another man.

Prosecutors said she’d received a $1million life insurance payout from Lorenzen’s death and had blown through it in 10 months.

She pleaded guilty in 2019, accepting a plea deal that would make her eligible for parole after just nine years.

Now, she wants it thrown out. In a petition filed in court last March, she said she was bullied into making the confession because she’d been so worn down by jail guards, and because she feared for her children’s lives.

She did not say she didn’t have Lorenzen killed in the filing and instead focused on procedural issues she says means her conviction should be overturned.

On Tuesday, the vase was due to go before a judge in downtown Memphis but her attorney was not present and the judge adjourned the case. 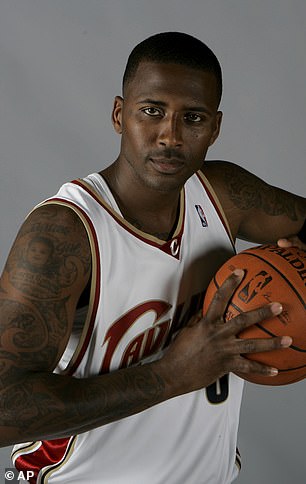 Sherra Wright, 50, is currently serving a 30-year prison sentence for murdering her NBA star husband Lorenzen Wright. Wright is shown, right, in 2008, in the last year of his career and two years before he died at the age of 34

Wright filed a petition for relief last March, claiming that she only ever confessed because she had been worn down so much in custody that she suffered a mental breakdown, and because her family was being threatened.

She wrote that she didn’t have an attorney currently, and asked the judge to appoint her one.

In her petition, she alleged that she was ‘abused on a nightly bases’ by female guards – including one who is the second cousin of the victim – and was deliberately isolated from other inmates so they wouldn’t witness the abuse. 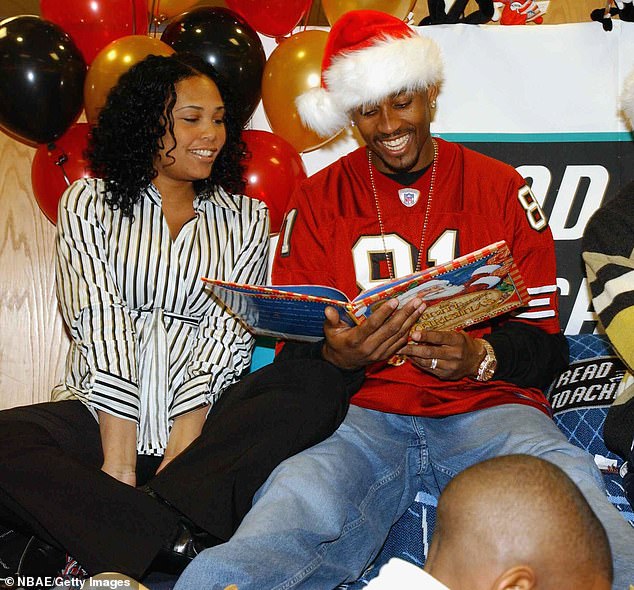 The couple are shown together in 2003. They finalized their divorce in 2010 just a few weeks before Lorezen was shot dead in a field in Memphis 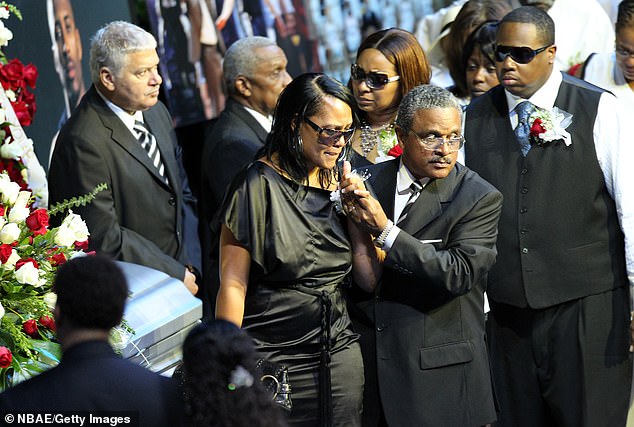 Sherra is shown being comforted at her ex-husband’s funeral in 2010. The case went unsolved for seven years 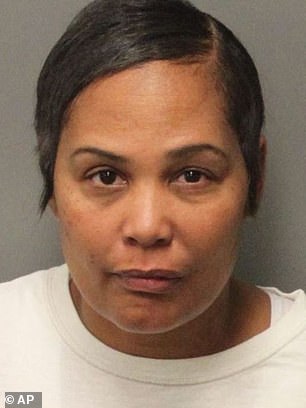 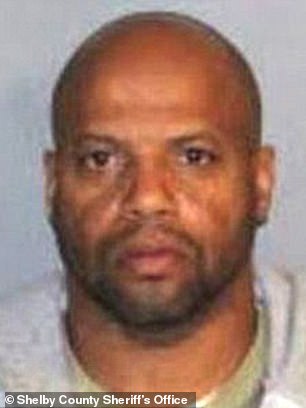 In 2017, Sherra and Billy Turner (right), a church deacon were arrested and charged with the killing. Prosecutors found she’d blown through a $1million life insurance policy she inherited from her husband in just 10 months

The lawyers also say that she wasn’t given proper counsel and that her original lawyer, Steve Farese Jr., who they said didn’t hire an investigator as part of the defense.

The new attorney alleges that Farese Jr. manipulated Wright and her family and never intended to represent her best interest.

Farese Jr. and Wright’s other attorney Blake Ballin withdrew from the case in 2018, before Wright pleaded guilty.

At the time, her attorney said: ‘“We have been working towards this for about a month or so.

‘Since we suspected Billy Ray Turner was going to testify against her, our defense was going to be that Sherra recruited Billy to kill Lorenzen because he had beaten Sherra for years.’

In an ABC 20/20 special after the murder, friends of Lorenzen said that Sherra always wanted his money.

‘That girl is crazy. She put moves on him that they don’t do in Mississippi.’ 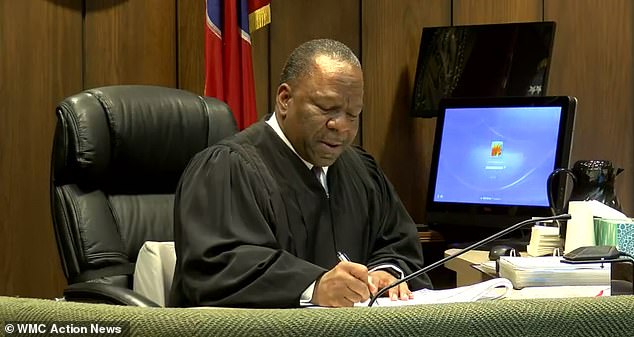 On Tuesday, Wright’s attorney was due to go before a judge in downtown Memphis to ask that the case be thrown out or her sentenced reduced. But the judge said no attorney could be found, and he adjourned the case. 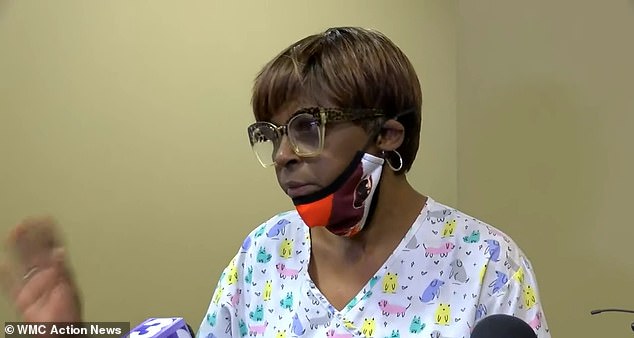 Lorenzen’s mother Deborah Marion was in court on Tuesday. She said she would welcome a trial because the facts would ‘come out’ and Sherra would ‘get what she deserves’ –  longer than a 30 year sentence, which was what her plea deal gave her

Pastor Bill Adkins said, ‘When she saw Lorenzen, she saw a future with a millionaire.’

Lorenzen and Wright had six children together. During his 13-year career, Lorenzen played for the Los Angeles Clippers, Atlanta Hawks, Grizzlies, Sacramento Kings and Cleveland Cavaliers, collecting around $55.5 million in salary.

It took Wright just 10 months to spend $973,000 of the $1 million pay-out she received from his death, buying a new home, expensive trips to New York and two cars.

On Tuesday, Lorenzen’s mother was at the court for the hearing.

She spoke to reporters afterwards to say she would welcome a trial because she didn’t think the 30 years Sherra was given as part of the plea deal was long enough.

‘I’ve got a lot of questions today. This is ludicrous. I want her to get a new trial. I want a trial. Give me a trial.

‘You’re going to get what you deserve at a trial…all the facts can get out. Thirty years wasn’t right. Somebody needs to do life. I want a trial.