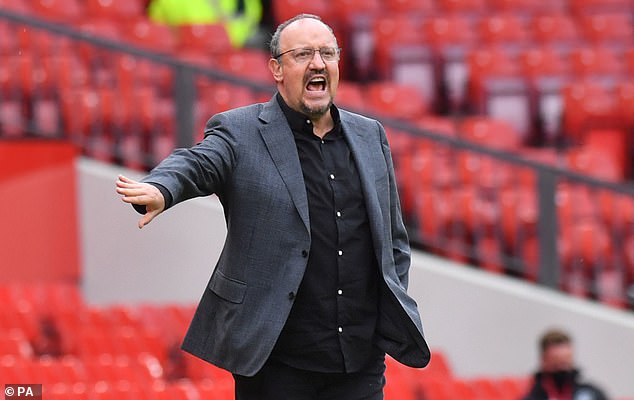 Rafa Benitez has admitted that the Financial Fair Play rules in the Premier League mean that Everton must first sell players before they continue with their transfer business this summer.

The club have brought in three new additions in the window so far in Asmir Begovic, Andros Townsend and Demarai Gray, but have spent just £1.7million in total in what has proven to be a testing last few weeks.

Everton are keen on a number of targets, namely a new right-back, winger and midfielder, but they are now under mounting pressure to show a number of first-team stars the exit door to spend more.

‘The reality is that we know the financial fair play rules are there and we have to follow them,’ Benítez said. ‘I know what is the situation and we will try to do our best with the players we have.

‘If we can strengthen our squad we will try to do it. In these circumstances we have to move players on – that is simple to understand.’

Having racked up combined losses of almost £265m in the three years leading up to the 2019-20 season, Everton found themselves in breach of the top-flight’s strict regulations on finances. 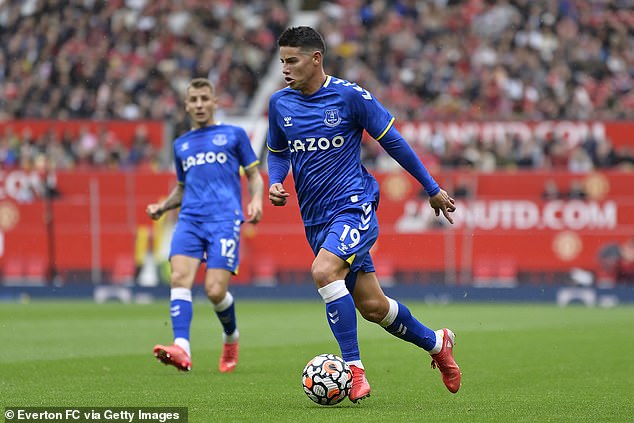 James Rodriguez, the highest-earner at the club, has now been told he can leave by Benitez

The highest-earner at the club, James Rodriguez, is understood to have been told he can leave, while other players will have to make way in order to bring in Dwight McNeil from Burnley and Newcastle’s Sean Longstaff.

Sportsmail revealed in June that playmaker Rodriguez was being offered to clubs around Europe after Carlo Ancelotti left for Real Madrid, and AC Milan are considered his likely destination.

Porto already expressed an interest, and Rodriguez, whose wages are around £220,000 a week made it clear he only wants to play for a club where he is ‘wanted’. 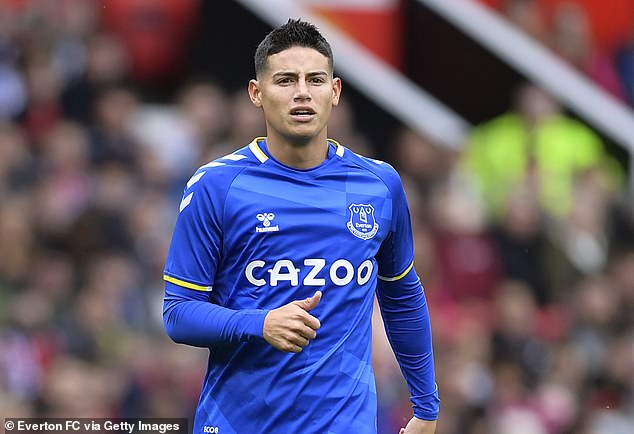 ‘You know that in football and in life you don’t know anything, but all I know is that I’ve been training hard, preparing well, training for myself and that’s it.

‘It’s complicated. [I will play] wherever I’m wanted. Someone has to be at a place they’re wanted.’

Rodriguez leaving would ease the dilemma Everton are currently faced with, and Benitez has not ruled out bringing more players to Goodison Park in this market before the deadline on August 31.

‘I’m sure that if you asked, the majority of the managers want to improve, want to strengthen their squad,’ he added. ‘It still is early, we have to wait a little bit until the end of the transfer window. But I’m happy with the way the players are training, the way we are working, and hopefully we can replicate that on the pitch.’

Benitez has also been left to deal with a Covid-19 headache, with five senior players currently in isolation. He has not revealed all the names, but confirmed two of Moise Kean, Jean-Philippe Gbamin and Andre Gomes were affected.

Rodriguez is also one of the small group and will miss Everton’s opener against Southampton today.

The 2021 Azerbaijan Grand Prix takes place on Sunday as Max...

Spain striker Alvaro Morata will STAY at Juventus for another season...

La La Anthony and Carmelo Anthony support their son at his...

HOT OR NOT: Micah Richards and Roy Keane are the odd...