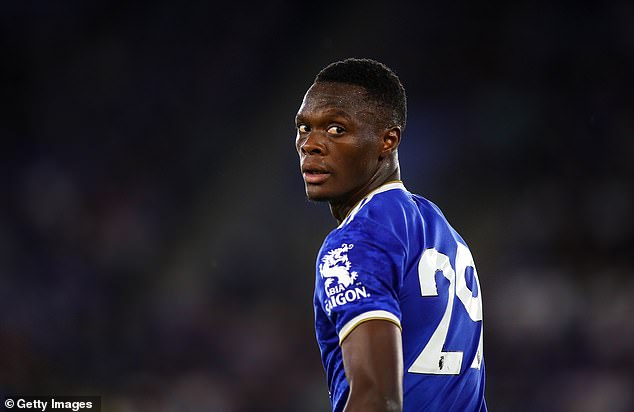 By Tom Collomosse For The Daily Mail

Brendan Rodgers believes Leicester have their most fearsome attacking line-up yet as they prepare another assault on the Premier League elite.

In previous seasons the Foxes have relied heavily on the goals of Jamie Vardy but with £27million striker Patson Daka joining Vardy and Kelechi Iheanacho, Rodgers has far more options this season – especially after Iheanacho’s superb end to last term that brought 14 goals in 15 matches.

All three looked sharp as Leicester beat Manchester City in the Community Shield last weekend and while Vardy should start against Wolves, Rodgers will be able to ease the load on the 34-year-old when he can.

Jannik Vestergaard is set to make his debut after the defender signed a three-year deal on completing his £15m move from Southampton.

‘You have to stay clear of saying who is No1 and who is not,’ said Rodgers. ‘We will need all three of them when we play 50-plus games per season.

‘All of them will start, all of them will be brought on over the course of the season. It is just great to have that availability and choice and all three will have a big impact for us this season.’ 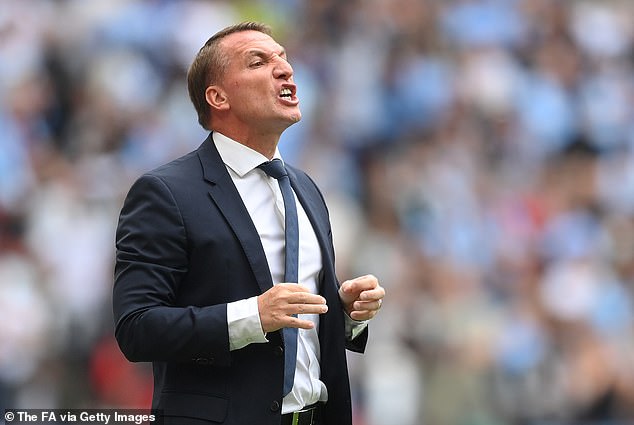 The Northern Irishman underlined the fact he would need all three across a long, tough season

Vardy turns 35 in January and is arguably the greatest player in Leicester’s history, having played a leading role in winning the Premier League title five years ago and the FA Cup last season.

Rodgers added: ‘This is the natural progression for Kasper who is a wonderful ambassador for the club. Off the pitch he’s been through thick and thin here at the club. He understands the fabric of the club and on the field he’s a huge inspiration and one of the best goalkeepers in the world.’

Gambler who went from punting on the horses and the NBA...

Dustin Poirier lets his hair down with Las Vegas after party

Euro 2020: Cesar Azpilicueta in line to make first start for...