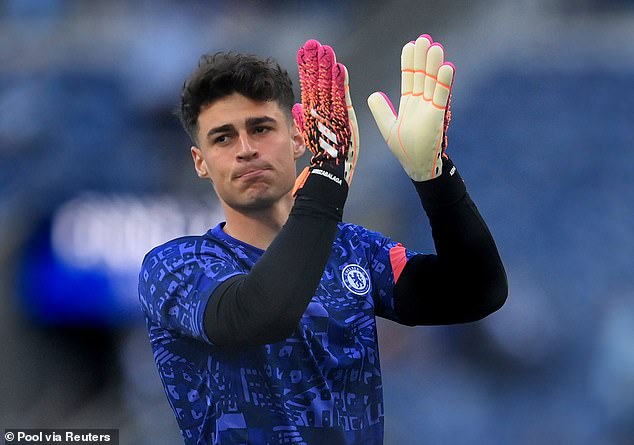 Chelsea goalkeeper Kepa Arrizabalaga is the latest player to be added to Spain’s emergency training bubble for Euro 2020.

The stopper has joined Sergio Busquets, Rodrigo of Leeds, Pablo Fornals of West Ham, Carlos Soler, Brais Mendez and Raul Albiol in the parallel training group away from the main squad.

Spain have taken steps to split the groups following Busquets’ positive Covid test over the weekend but the move is precautionary and at present, all players and staff have tested negative. 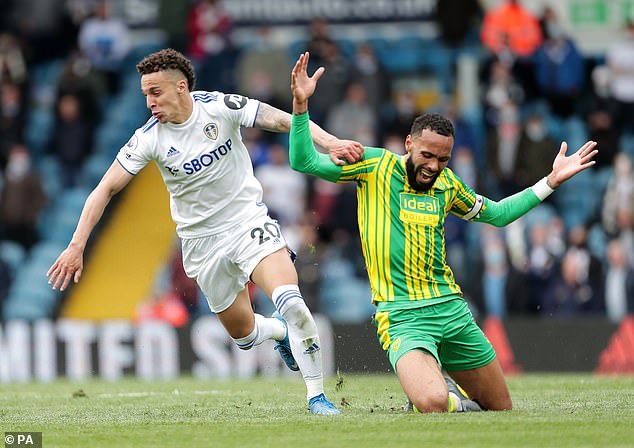 The players currently in the parallel group are being kept apart from their compatriots in the primary squad and will not stay at Spain’s Las Rozas training base.

Luis Enrique will be able to call on them if there is an outbreak of Covid in the first-team group to supplement his resources.

Busquets led the team in a friendly against Portugal on Friday – a 0-0 stalemate – before returning a positive test.

It has hampered preparations because the team were supposed to play Lithuania in a final friendly on Tuesday night.

The game will still go ahead, but under-21s manager Luis De la Fuente will take charge and use players from his squad. 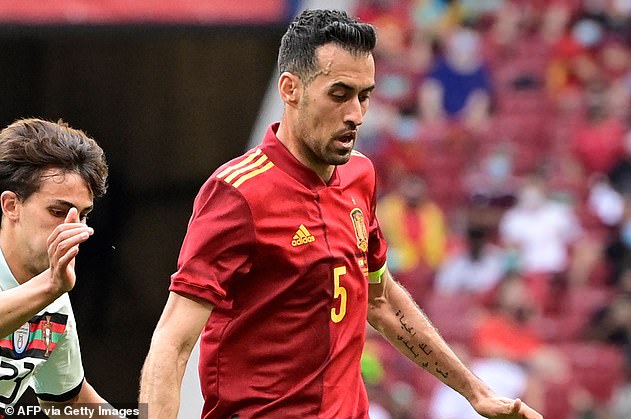 The Spanish FA released a statement, which read: ‘Once the game against Lithuania is over, a small group of footballers yet to be confirmed will join the training sessions of the senior team under the same conditions as the previous ones. They will train at different times and will not mix in any case with the summoned.

‘The players invited to the training sessions will remain outside the Ciudad del Fútbol bubble and will go daily to Las Rozas after having passed the relevant daily tests before their arrival and during their stay.

‘Definitive incorporation to the Euro 2020 list will be evaluated based on the results obtained in the coming days.’

La Roja kick off their campaign against Sweden on June 14 before playing Poland on the 19th and Slovakia four days after that. 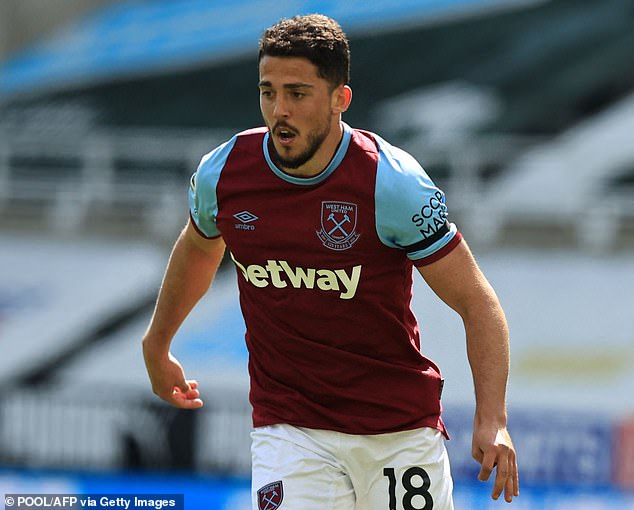 MARK CLATTENBURG: Improved VAR will be better for the Premier League