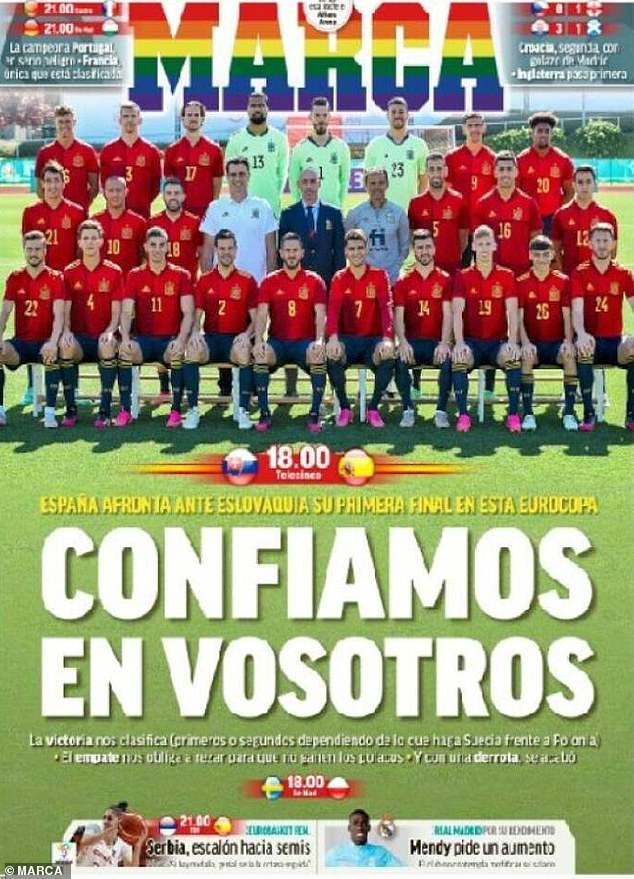 ‘We trust you’: Spanish paper Marca throws support behind Luis Enrique’s struggling side ahead of crucial Group E decider against Slovakia… with Sergio Busquets set to make his Euro 2020 bow after testing negative for Covid

Spanish newspaper Marca has given its backing to its national side ahead of their showdown with Slovakia later today.

Luis Enrique’s side currently sit third in Group E after two draws in their first two games. Spain opened their Euro 2020 campaign with a goalless stalemate against Sweden and were held to a 1-1 draw days later by Poland.

Sweden are at the summit on four points, Slovakia in second on three with Poland propping up Group E, one point behind Spain.

If Spain win they will qualify for the last 16, either as winners or group runners-up, depending on Sweden’s result against Poland.

Draw and they must rely on other results but if they lose Enrique’s side will suffer a shock exit from the competition. 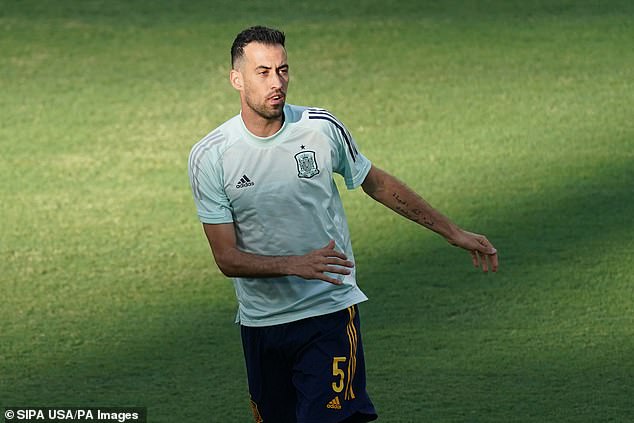 Newspaper Marca threw its support behind the Spanish national team on Wednesday morning with the front page splash: ‘We trust you’ alongside a professional squad photo.

The 32-year-old has not featured in this summer’s tournament after contracting coronavirus before a ball was kicked. He was given the all-clear for the second group game but was not selected after not training.

Skipper Busquets is set to replace Manchester City’s Rodri in the heart of the Spain midfield.

The pressure is building following Spain’s underwhelming start, particularly after Enrique sprang a surprise by naming no Real Madrid players in his squad, with their captain and 2010 World Cup winner Sergio Ramos the most notable absentee. 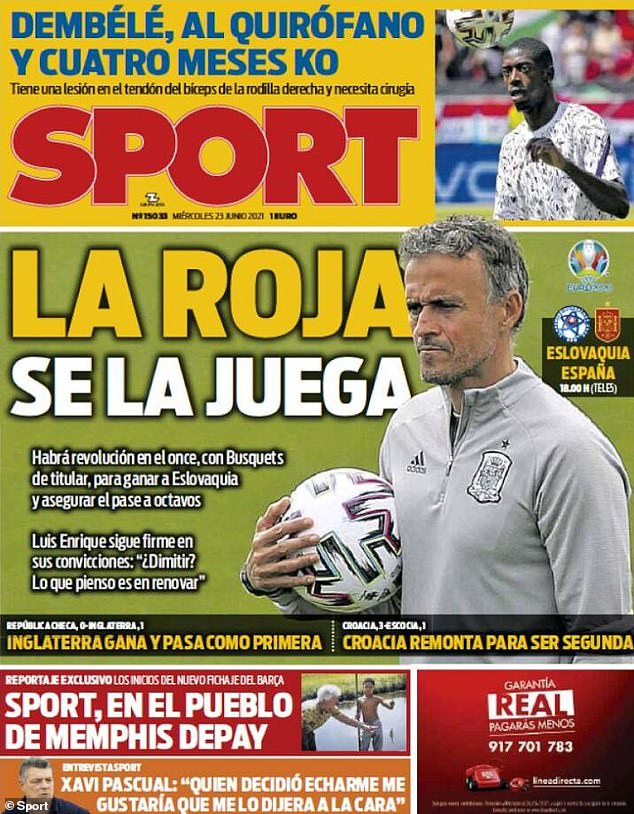 SPORT’s headline on Wednesday, ahead of the Group E decider, read: ‘La Roja ready to play’

It was a submission hold so barbaric it is now banned in the UFC and every other mixed martial arts competition in the...