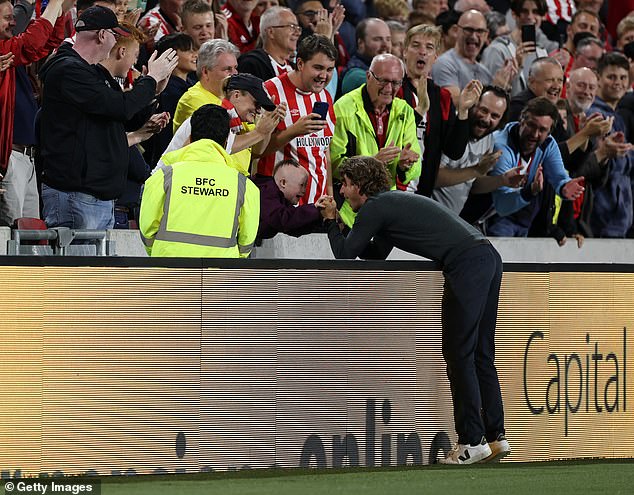 This is how it feels to be Premier League! Adorable moment Brentford boss Thomas Frank celebrates with thrilled young fan in the stands after win over Arsenal

By Jeorge Bird For Mailonline

Brentford’s maiden Premier League victory against Arsenal was made even more memorable for one young supporter as he enjoyed a heartwarming moment with manager Thomas Frank after the game.

The Bees are back in the top flight for the first time since 1947 and got off to a superb start courtesy of goals from Sergi Canos and Christian Norgaard.

With Brentford supporters cheering in the stands after the game, Frank took the time to celebrate with a young fan. 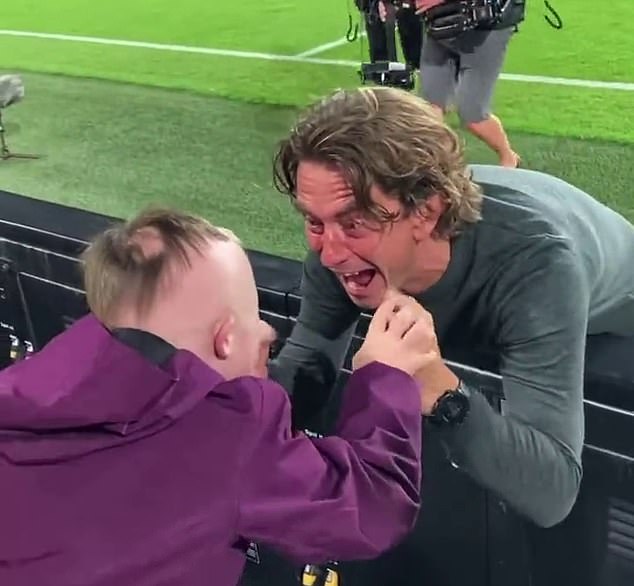 Brentford’s players celebrated the win with a lap of honour. There was a fantastic atmosphere at the Brentford Community Stadium and Frank will be hoping that his team will be able to build further momentum when they face Crystal Palace away in their next game. 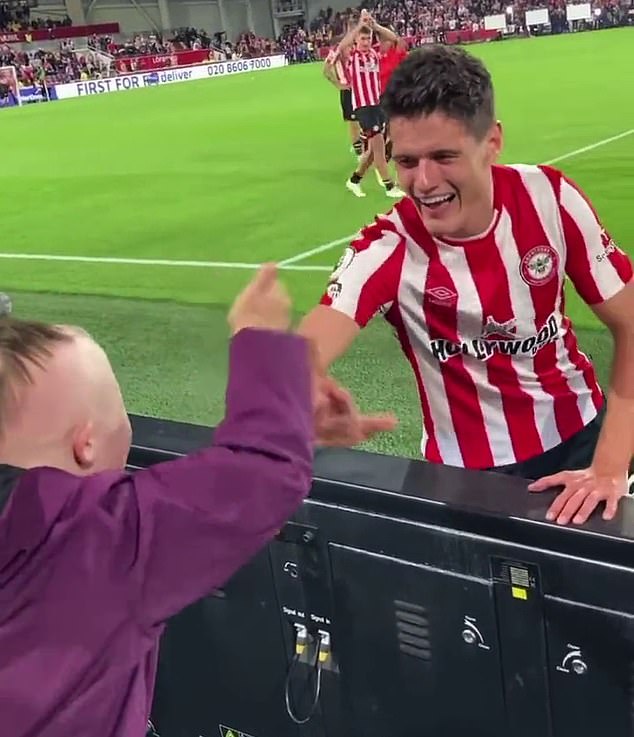 Christian Norgaard, one of Brentford’s goalscorers, gave the young fan a high five 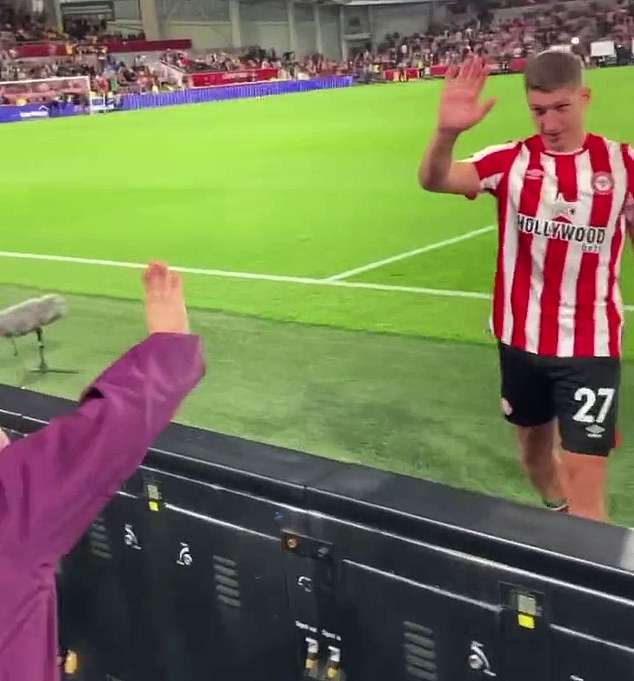 Another Brentford player, Vitaly Janelt, also came over to see the supporter after the game

After the game Frank said: ‘What an atmosphere. In a way I’m speechless. For our fans they can dream.

‘We’re No 1 in the Premier League and that’s a fantastic story. We’re just a bus stop in Hounslow. We’re not supposed to be here, so we’ve got to celebrate every win, but we also want more.’

Brentford caused many problems for Arsenal as they frequently harried their opponents into making mistakes.

Although they are new to the Premier League they certainly didn’t seem daunted by their opening assignment and will now have increased confidence that they can remain in the division.

January 28, 2020 Young racers from the Bermuda Motorcycle Racing Association are holding a golf tournament fundraiser to help raise money for...

Dustin Poirier lets his hair down with Las Vegas after party